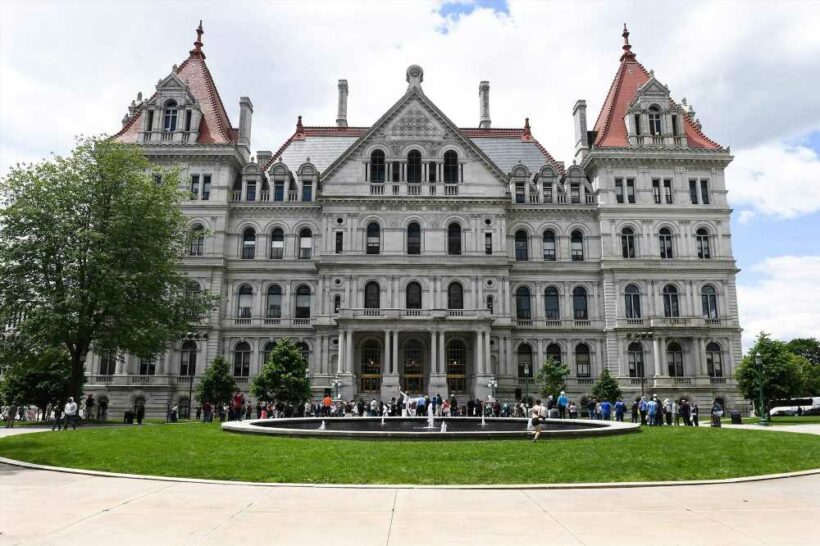 The Democrats who run New York’s Legislature are some of the most brazen pay-for-play politicians you’ll find in America. Consider their latest bid to tie lawmaking to hefty “donations.”

As The Post’s Bernadette Hogan, Carl Campanile and Bruce Golding report, state Senate Dems actively sought funds from lobbyists and other deep-pocketed donors with stakes in active bills — as much as $25,000, via tickets to a June 23 virtual fundraiser — just days before the Legislature was to decide on that legislation before adjourning Thursday.

Lest anyone fail to get the message, Democratic Senate Campaign Committee CFO Koren Frankfort told invitees in a June 2 e-mail to “RSVP at your earliest convenience,” warning that she plans “to let leadership know who will be in attendance.” (Senate Majority Leader Andrea Stewart-Cousins and her No. 2, Mike Gianaris, who between them basically decide what passes, are featured guests.)

Translation: Pay up — or see votes go against your interests. That’s naked corruption.

“It’s almost like a shakedown,” fumes Reinvent Albany’s John Kaehny. One lobbyist calls it a “quid pro quo”: “You’re essentially leaning on people, letting them know if their name doesn’t appear there, the leader is going to know,” so it’s “a ransom note to either contribute or be on the bad list.”

Lobbyists and their clients have lots at stake: One bill sought by the United Federation of Teachers would grant automatic tenure to its members whom the pandemic prevented from getting reviewed for it. Others allow “gig” workers to collectively bargain, tax fossil fuels to create new political-spending slush funds and grant new rights to criminals.

Just as cynically, the Assembly is slow-rolling impeachment proceedings in a wink-wink to Gov. Andrew Cuomo, whose vetoes could gum up the donations-for-new-laws works.

As for Frankfort’s threat, DSCC Executive Director Alex Elmasri admits it “should not have been sent in that manner.” It’s pretty clear that means simply: It’s fine to demand bribes for votes, but don’t put it on the record.