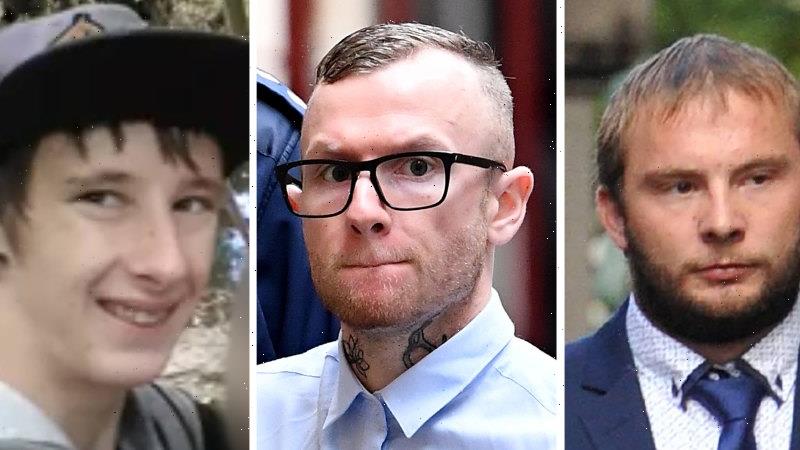 The scientific debate over baby shaking prosecutions became so intense last year that a pathologist and a paediatrician threatened legal action over another scientist’s article, prompting the nation’s top forensic journal to pull down a scientific paper.

As part of the dispute, a Victoria Police homicide detective is now under investigation for misusing police resources to investigate the university professor who wrote the article. A veteran officer allegedly accessed a confidential police database to “dig” into the scientist’s background in an attempt to discredit his criticism. 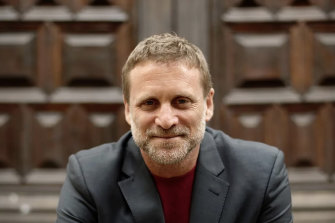 Then the police threatened to take The Age and The Sydney Morning Herald to court in a bid to stop a story about the controversy, claiming the publicity could derail future child homicide prosecutions.

The 2019 article in the Australian Journal of Forensic Sciences examined the conviction of Victorian man Joby Rowe, who was found guilty of child homicide in 2018 over the death of his three-month-old daughter, Alanah. Key to the prosecution was the expert evidence of forensic pathologist Dr Linda Iles and forensic paediatrician Dr Joanne Tully, who testified that Alanah’s death was the result of injuries caused by violent shaking. Rowe was found guilty and jailed for nine years.

The Rowe case is one of several child homicide or serious assault prosecutions in Victoria based on doctors and pathologists identifying a “triad” of internal head injuries – bleeding in the brain, retinal haemorrhage and swelling of the brain – as the cause of death. In many of these cases there were no external injuries such as broken bones, bruises or lacerations.

The diagnosis that “triad-only” injuries are caused by the violent shaking of a baby is now hotly contested globally. Proponents claim the triad is conclusive of abuse, while detractors say faulty science means such convictions are unsound. 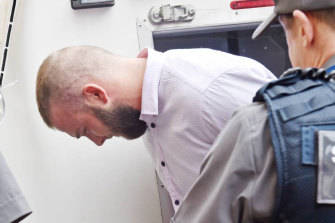 Joby Rowe was sentenced to nine years in prison after being convicted for shaking baby Alanah to death. He is expected to appeal.Credit:Darren Howe

In June 2019, scientist Dr Chris Brook waded into the debate, publishing a peer-reviewed article in the journal arguing the science is still out and alleging that the expert witnesses Dr Tully and Dr Iles had failed to tell the court their evidence was theory, not fact.

“Joby Rowe’s 2018 conviction for child homicide was based solely on forensic evidence that openly and overtly lacked any scientific basis, with expert opinions based instead on confession studies,” Dr Brook wrote. “This case raises fundamental questions for forensic science in Australia, primarily: should forensic evidence be scientific? Or should it appeal to authority?”

Dr Brook is an astrophysicist at Spain’s Universidad de La Laguna and holds law, science and commerce degrees from the University of Melbourne. The publication of the Rowe article was his first foray into the forensic sciences.

He insists his interest is primarily in scientific methods and proofs, which he believes are lacking in many forensic sciences. His interest was sparked when he began investigating the basis for the computer modelling used in forensic reconstructions. He later broadened out to the larger question of how “low-quality forensic science gets introduced into the courts”.

Eight months after his paper was published, in February 2020, it suddenly disappeared from the journal’s website, replaced with a tersely worded statement: “This article has been removed for legal reasons.”

It is rare for journals to retract published articles – and almost unheard of for them to do it for “legal reasons”. Open debate, disagreement and criticism are generally considered healthy and important in science.

When asked for an explanation, editor Daniel Franklin said: “At this stage neither myself or the [Australian Academy of Forensic Sciences] are willing to discuss this matter.”

Now, a cache of documents from the Royal Children’s Hospital, the journal and the Victorian Institute of Forensic Medicine obtained by Dr Brook through freedom-of-information requests show that two fellow scientists, the experts in the Rowe trial, had issued the threat. 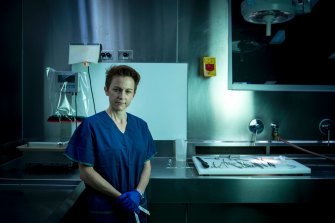 The emails show Dr Iles, the head of pathological services at the Victorian Institute of Forensic Medicine, and Dr Tully, a forensic paediatrician from the Royal Children’s Hospital, considered authoring a response to Dr Brook. Then Dr Tully forwarded Dr Brook’s paper to a detective in Victoria Police’s homicide squad.

Dr Tully wrote in an email to the detective: “We do need to point out the extremely narrow focus of this which purports to be a review of the entire proceedings. Neither do we wish to silence legitimate scientific debate in this area. But this is nonsense.”

While not involved in the Rowe prosecution, Detective Leading Senior Constable Leigh Smyth had been the informant in other baby shaking cases – and responded that he regarded the paper as “garbage”.

“If it was not about such a serious topic, it would be comical,” Detective Smyth wrote. “I am not sure how such a paper could be published in a respected journal.” 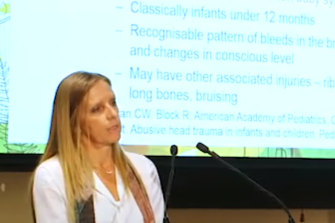 Detective Smyth then ran a background check on Dr Brook using Victoria Police’s confidential LEAP database, obtaining his full legal name, birthdate and home address. Under regulations, LEAP searches are supposed to be conducted only for “demonstrable, legitimate” need “directly related to the performance of their duties”.

“I will dig a little deeper,” the officer wrote to Dr Iles, “as I reckon there is an interest in this particular case that he has not declared. Would suggest that he knows accused or friend of same. Either way, he is clearly not qualified to write papers on this topic, not that this could not be written by a 10-year-old.”

Dr Brook told The Age and Herald he had no link to the accused, simply an interest in the rigour of expert evidence given in court.

Detective Smyth’s decision to run a background check and then share the information is now under internal investigation by Victoria Police. “The communication will now be further assessed to determine if any further action is necessary,” a police spokesman said.

Dr Iles and Dr Tully submitted to the journal a response to Dr Brook’s article, which countered the criticism of their testimony and the scientific basis of the shaken baby diagnosis and labelled the paper a “gross misrepresentation and oversimplification”.

It was accompanied by a demand for an apology from the journal and a promise that it would not publish any reply from Dr Brook. Editor Daniel Franklin refused and the duo’s response remained unpublished.

Emails show Dr Iles warning the journal’s editor: “If the acknowledgment and apology we have requested does not accompany our response, our next action will be to seek advice as to possible legal remedies.”

She also called Dr Brook’s paper an “unprecedented attack on clinicians who serve the justice system in this state”.

In February 2020, the article was retracted. Its disappearance attracted the attention of The Age and Herald’s national science reporter Liam Mannix. Dr Iles denied to Mannix any demand to retract the paper had been made, and said she had “no knowledge of the legal reasons for the paper’s withdrawal”.

Meanwhile, Dr Iles contacted Detective Smyth to alert him to the newspaper’s interest. Homicide squad head Detective Inspector Tim Day called The Age and Herald saying any move to publish a story could be met with a court injunction, as it threatened to derail a trial that was under way at the time.

Dr Iles declined this week to explain what she had meant by seeking “legal remedies”. She said she did not want to get into a debate with someone who “misrepresented” the evidence they gave in court in the Rowe matter, and called Dr Brook an “armchair expert”.

“There is a lot at stake at our end … we just have to be really careful in terms of what gets published. Once papers are accepted into the literature base, they can then make their way into the courtroom,” she said.

“It was never our intention for them to retract the paper.”

Dr Brook said the retraction of the article “reflects poorly” on those involved and more broadly on the Australian forensic science community.

“The editor stated that the article was reviewed by individuals ‘of high standing in their respective disciplines’ and that ‘the correct editorial processes’ were followed. Yet the editor bowed to pressure coming from the very experts whose work was scrutinised.”

Dr Brook has since submitted an article to the Australian Journal of Forensic Sciences about the retraction controversy. He is yet to hear back if it will be published.