Nearly 25,000 mail ballots were rejected largely because voters did not follow new identification requirements prescribed in last year's election law overhaul, known as Senate Bill 1, which requires voters to match the ID on the application for the ballot — either the last four digits of the voter's Social Security number or the Texas ID or driver's license number — with the form of ID on the voter registration record. And when submitting the ballot, the ID listed on the ballot carrier envelope must match the ID on the voter registration record.

Democrats and other critics of the new election law, which also bans 24-hour polling places and drive-thru voting, said it would disproportionately limit ballot access for people of color. Republicans said it would ensure ballot integrity and create uniform voting rules across the state. 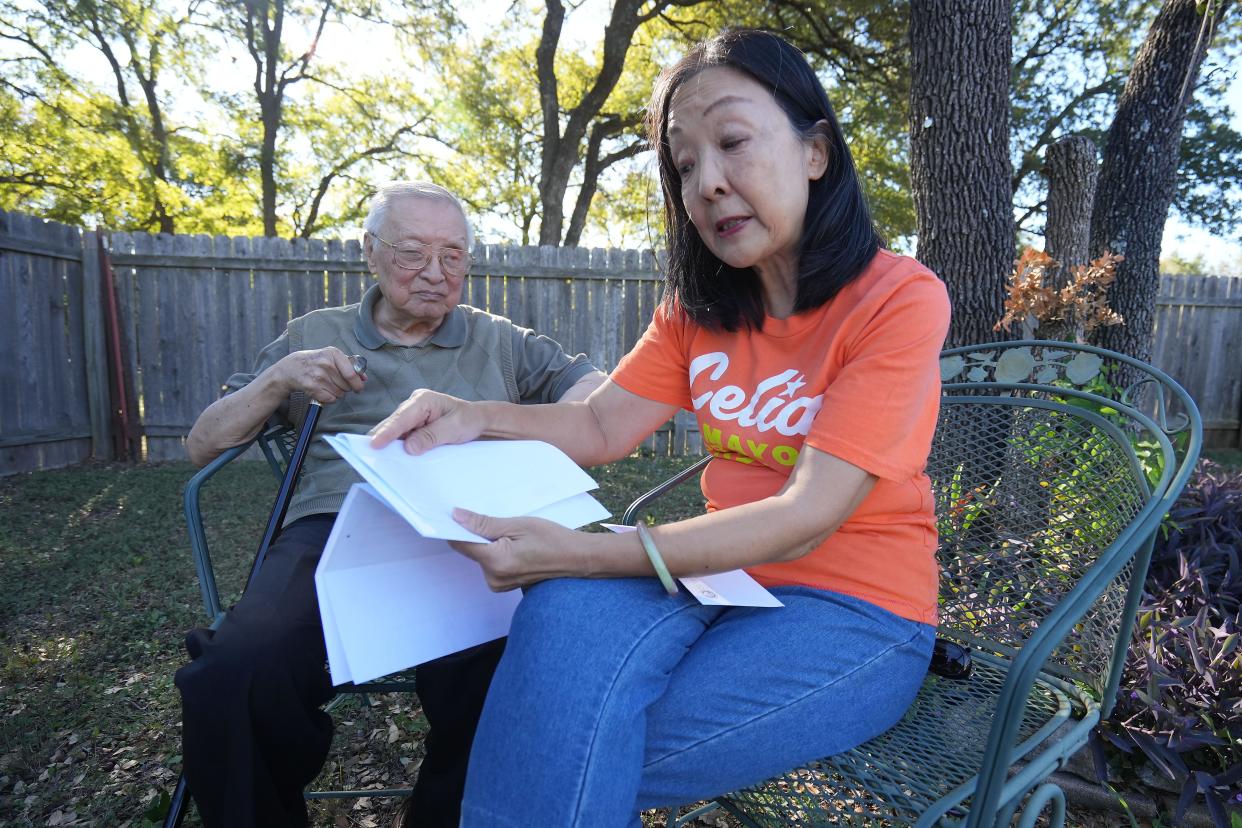 Local election officials said they have devoted more resources since the primaries to educate voters on the new requirements. But even as state and local officials say they're hopeful voters will follow the ID rules this time, advocates worry that many ballots will be rejected in a higher turnout election.

Those eligible to vote by mail must be at least 65 years old, sick or disabled, out of the county on election day and during the early voting period, expecting to give birth within three weeks before or after election day or confined in jail but otherwise eligible. College students who are living in a different county from where they’re registered to vote may also vote by mail.

Early voting:Here's what you need to cast your ballot in Central Texas.

Nearly 12,000 people who requested mail ballots had their applications rejected ahead of the Texas primary elections, the Brennan Center for Justice said in the report, released Thursday, based on individual-level data sought through public records requests. Nearly one-third of those rejected ended up voting in person while two-thirds did not vote at all. Researchers found that more than 1 in 10 mail ballots cast by voters were rejected.

Hays County elections administrator Jennifer Doinoff said her office has had a lot more time to work with mail-in ballot voters since March and has communicated the election law changes with local media, on social media, and through local parties and election organizations.

“We’ve been working on that all year long. We do anticipate there will be some fraction of voters that have not voted in the elections yet this year who will need some kind of opportunity to educate themselves on the new process. So we’re working with our parties to do that,” Doinoff said.

Caldwell County spokesman Miles Smith said county officials have advised voters to include contact information on mail-in ballot materials to speed up the process if the ballot needs to be "cured," or fixed, to be counted.

“We have informed voters about the importance of providing a phone number or email address so we can effectively communicate any defects and how they can be resolved before any deadline instead of relying on the postal service which (typically) has to go through Austin before coming back into the county,” Smith said in a statement.

What's on the ballot?Ultimate election guide to 2022 Austin-area races

Officials in some counties, such as Bastrop, are including inserts in mail-in ballots to remind voters of the ID requirements.

“And we’ve had a pretty good success rate,” Election Administrator Kristin Miles said. “I’m not going to say everyone does it, but we’ve had a good number of people who are. And those that aren’t, we reach out to them as the law allows to direct them on how to cure that defect, whether it be using the state portal or us mailing the ballot back to the voter or the voter coming in person and filling out that cure form. So we have not seen a large negative impact from that new law.”

But some smaller counties might be limited in the extent of outreach they can provide, said Brandon Rottinghaus, a political science professor at the University of Houston, citing research conducted by his students in 2020, before the new election rules were passed and signed into law by Gov. Greg Abbott.

The students found there were a significant number of counties that were not giving full information about the process for voting in person or by mail on their websites. They also didn’t have information on COVID-19 requirements or other vital updates, such as the fact that there is no more straight-ticket voting.

Stay in the conversation on politics: Sign up for the OnPolitics newsletter

Question about 2022 midterms?: USA TODAY is here to help

Texas: Here’s what to know about voting rights in 2022

“Voter education on the county level is very uneven. Some counties do well and do a lot, and some counties do poorly or not at all,” Rottinghaus said.

A county’s ability to provide voter education depends on its resources, Rottinghaus said.

“Counties that were bigger, with more resources, were able to do more voter education. So that creates a real divide in terms of urban-rural,” Rottinghaus said. “I think that’s a definite problem the state’s going to have to face when it comes to voter education.”

“For the longest time, voting by mail was a Republican stronghold. You would have the state Republican Party, county parties, Republican candidates that would do a major push to get seniors to vote by mail,” Ryan said.

“And then heading into the 2020 election, we actually saw a flip to where more votes were being cast by Democrats voting by mail than Republicans,” he said. 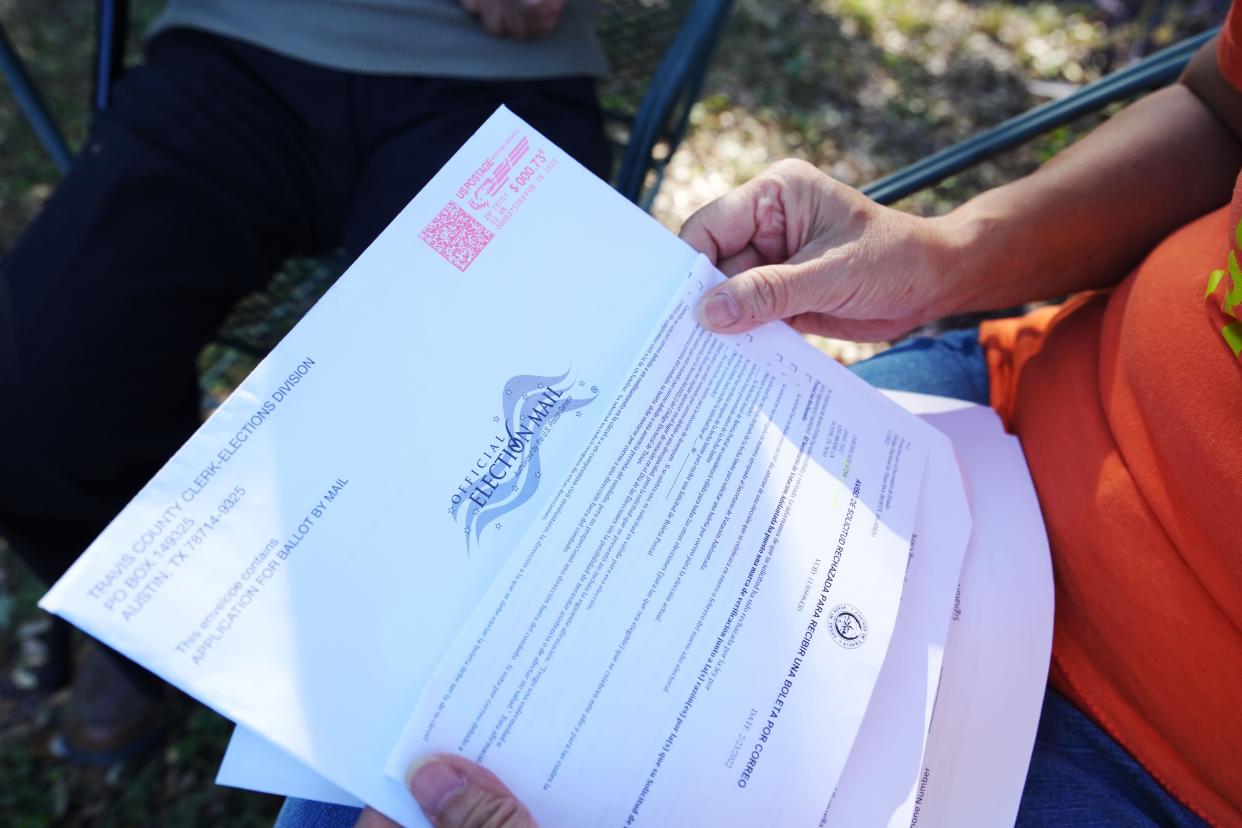 Researchers at the Brennan Center, a nonprofit law and public policy institute at New York University School of Law, found Asian voters had the highest share of rejected mail-in ballot applications during this year's primaries, followed by Latino voters, based on data they could obtain from counties. Asian voters were 40% more likely to have an application rejected than white voters.

Asian and Latino voters were each more than 50% more likely than white voters to have a ballot rejected due to the new SB 1 requirements.

The secretary of state's office did not respond to a request for comment from the American-Statesman.

Austin resident Alice Yi and her 92-year-old father, Yilu Zhao, are anxious ahead of the November election. Zhao is casting his vote by mail, but ahead of this year's primaries, his first application for a ballot was rejected with instructions to update his voter registration. His second application was rejected for lack of party preference and nonmatching ID, and the third was rejected due to nonmatching ID. Yi had to take her elderly father to vote in person on the last day of early voting.

After that, Yi said, when they put both his Texas ID and Social Security number on the application, it was accepted. 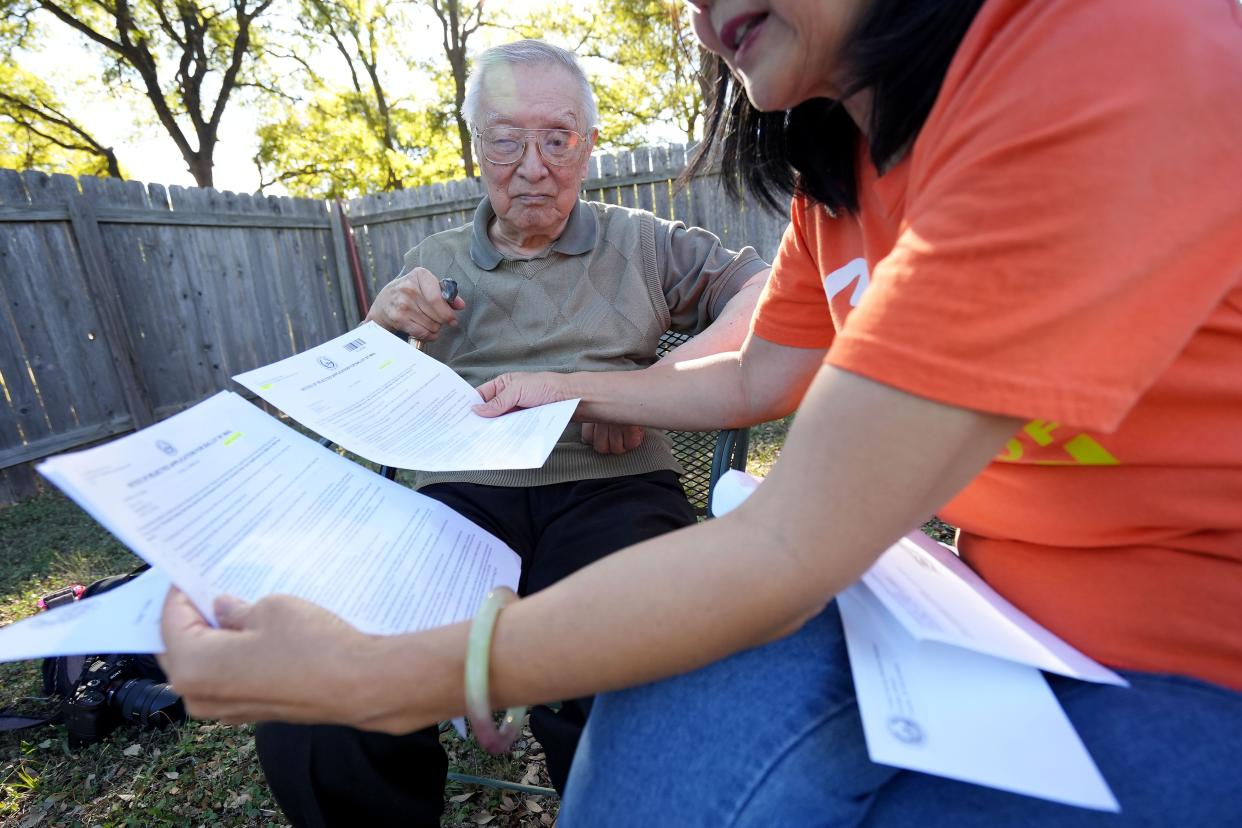 Yi, chairwoman of the Austin chapter of the Asian Pacific Islander American Public Affairs Association and senior strategy consultant at Asian Texans for Justice, said the new ID requirements are confusing voters and suppressing the vote.

Yi said she is advising people to put both their ID and Social Security numbers on the application and ballot.

Nonpartisan organizers who register and educate voters are hopeful their efforts have been enough but say their resources and reach are limited.

Molly Broadway, training and technical support specialist for voting rights at Disability Rights Texas, said there’s a lot of information to convey regarding mail-in ballots. She said she’s met a lot of discouraged voters who are intimidated to try to vote by mail.

“I think generally speaking there’s a large intimidation factor that we’re working against, or to try to counteract,” Broadway said, adding that a lot of people say they are not sure it is worth the effort and training to go out and vote.

That fear exists not only with voters, but also with people who could offer voting assistance to people with disabilities. Broadway gave examples of questions that people who could render voting assistance grapple with. “‘Am I going to fill out the assistance forms correctly?' Or, 'I’m just wanting to do this simple thing. I don’t want to be at a felony conviction because of a simple thing that I was trying to do to help that neighbor of mine,’” Broadway recounted.

For example, a federal court this summer struck down a part of SB 1 pertaining to voter assistance. Plaintiffs had argued that the ballot oath under SB 1 reads similarly to language prohibited in a 2018 injunction. Broadway still sees confusion on whether the voting assistance oath has changed as the federal court ordered. Taylor, at the secretary of state's office, told the Statesman the oath on the back of the carrier envelope was updated months ago.

It’s hard to make a prediction on how the general election mail ballot rates will compare with March. League of Women Voters Texas president Joyce LeBombard said the primary election turnout is generally so low that it is difficult for those numbers to serve as a comparison point.

“I think it’s going to be very interesting to see where that falls in the general election,” LeBombard said. “I mean, yeah, I’m still worried about it for the general election. Because I know we haven't reached nearly as many people as we would like to with our new resources, and there's just so many resources out there. So it is a concern.”