Man, 37, who set up OnlyFans account to make money posting videos of himself performing sex acts in front of Tube passengers and urinating on seats is jailed for 16 months

Nikki Darke, 37, went under the name ‘Public P***er’ and published clips on social media of him relieving himself on the seats and committing sex acts in front of other passengers on the Underground.

Darke committed multiple indecent acts in front of commuters travelling on the Piccadilly Line through central London between February and July this year.

Police discovered he was publishing videos of the perverted acts to Twitter and content subscription site, OnlyFans, under his pseudonym which he charged users to watch.

Plain clothes officers patrolling the Underground spotted Darke travelling on the Tube and he was arrested on September 4. 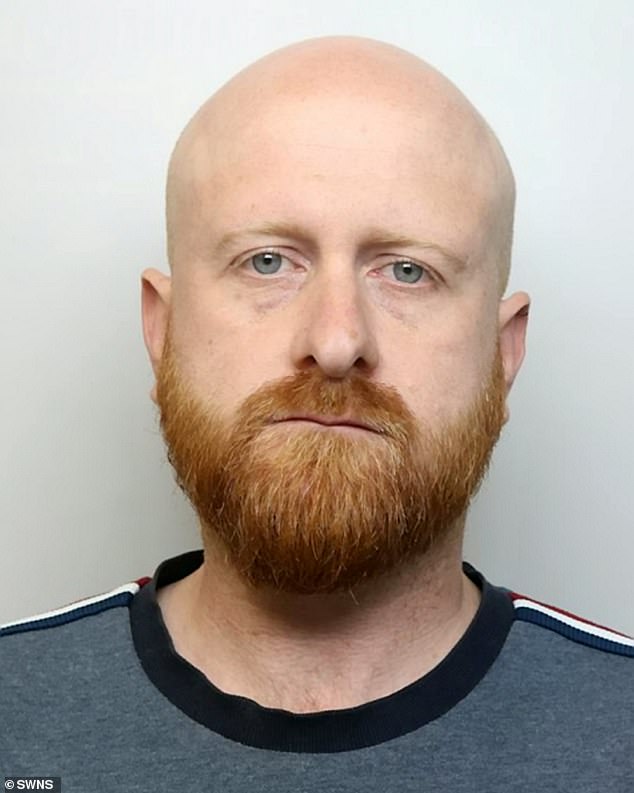 Nikki Darke, 37, went under the name ‘Public P***er’ and published clips on social media of him relieving himself on the seats and committing sex acts in front of other passengers on the Tube

Officers seized his phone and found he was also using his online platforms to also get indecent images of children.

When interviewed by detectives about the content he was sharing online, Darke claimed ‘it’s me doing really stupid things in public places’, police said.

He told detectives he was publishing the videos and taking requests from online customers to earn money, claiming ‘the people that pay, that’s what they want to see’.

Darke, of Forest Gate, east London, was charged with one count of outraging public decency, four counts of criminal damage and three counts of making indecent images of children.

At Inner London Crown Court on December 3, Darke was jailed for 16 months and handed a 10-year Sexual Harm Prevention Order (SHPO) banning him from taking photographs or videos in any public place.

Detective Constable Christopher Pretty of the British Transport Police, said: ‘This was a foul and frankly absurd case, and I’m pleased to see such a vile offender taken off the network.

‘It’s clear Darke’s actions were for his own selfish amusement and gratification, yet a number of passengers were subjected to witnessing his odious behaviour.

‘As a result of our extensive enquiries, we not only reprimanded Darke for the damage he caused to railway property and the indecent acts he was committing, but also for the utterly indefensible indecent images he gathered.’

Anyone who sees suspicious behaviour while travelling on public transport can text BTP on 61016.