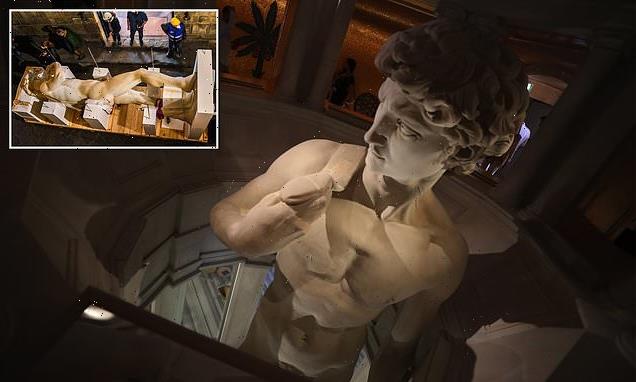 A giant 3D printed replica of Michelangelo’s famous David statue on show at the Dubai Expo has sparked controversy after organisers chose to cover up the statue’s manhood to avoid offending conservative Muslims.

The 17-foot-tall replica of arguably the world’s most recognisable nude was contributed to the expo by Italy to be displayed at the event’s Italian pavilion, but after much deliberation event organisers chose to position the statue in a column and cover its private areas with a stone slab.

The Dubai Expo 2020 – originally set to take place last year but postponed due to the pandemic – aims to showcase examples of innovation and culture from countries around the world, while UAE authorities hope it will attract more investment and tourism to the region.

But public nudity is not permitted in the United Arab Emirates, and the first unveiling of the statue to Emirati VIPs caused ‘enormous embarrassment,’ according to Italian newspaper La Repubblica.

Italian artists and art critics have railed against the decision to shroud to shroud much of David’s replica with stone obstacles. 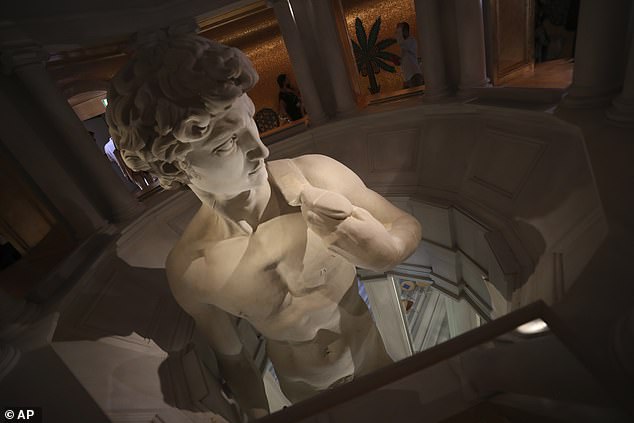 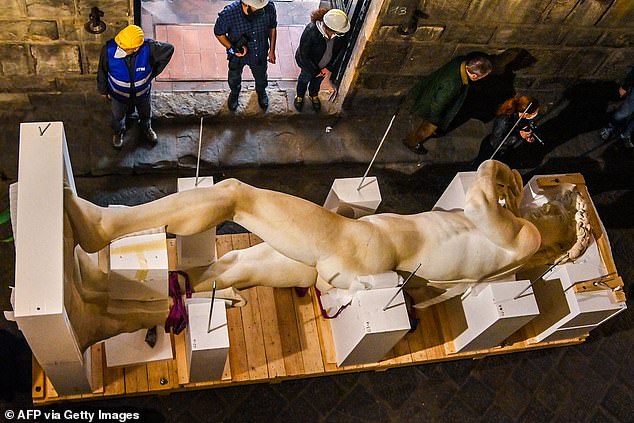 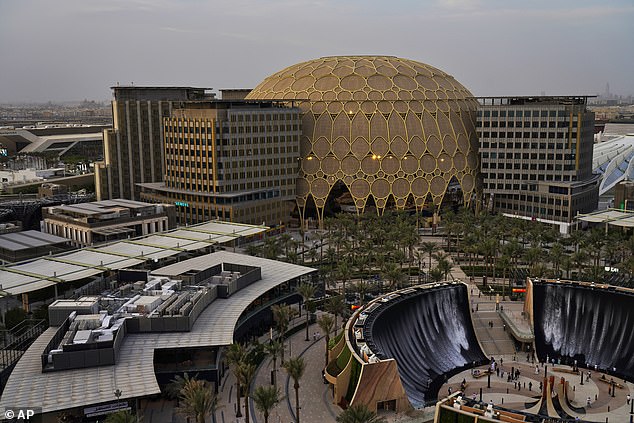 The Dubai Expo 2020 – originally set to take place last year but postponed due to the pandemic – aims to showcase examples of innovation and culture from countries around the world. UAE authorities hope it will attract more investment and tourism to the region

The original statue of David was sculpted by Michelangelo in 1504, and was initially installed in the Piazza della Signoria in Florence before being moved to the Florence Academy of Fine Arts in 1873.

It is among some of the most recognisable artworks in the world, and to this day is one of the biggest tourist attractions in Italy.

The version of David that stands in the Dubai Expo is an exact, 17-foot replica of the original thanks to laser scans and 3D printing technology. The resin replica was brushed with marble dust to represent the aesthetic of the original sculpture.

But while the original David stands proudly on display for all to see, David in Dubai has been placed in a cylindrical chamber made of glass and stone columns which prevents audiences from viewing much of the replica.

The original ‘David’ statue was sculpted by Michelangelo and first unveiled in 1504.

It depicts the Biblical hero David, preparing to fight Goliath.

The Renaissance sculpture stands 14ft tall marble and is made entirely out of marble.

It took Michelangelo over two years to complete and was originally meant to be displayed in a Cathedral.

However, a committee of artists including Leonardo Da Vinci decided the statue was too perfect to be hidden away, and it was instead displayed in the centre of Florence in the Piazza della Signoria.

Italian art critic Vittorio Sgarbi labelled the event organisers’ cover-up of David as ‘grotesque and ridiculous’, and went on to declare to Adnkronos news agency that ‘cancelling a part of Michelangelo’s David is just bowing to [Emirati] religion and culture’.

Meanwhile, Davide Rampello, the director responsible for the displays at the Italian pavilion at the Dubai Expo, defended the decision as a ‘unique approach’ and denied it was a question of government censorship.

‘It is a different perspective, which is new, introspective and moving,’ said Rampello, whose decision to place David in a cylindrical chamber means that audiences entering the viewing platform will be met with David’s marble-brushed gaze.

Rampello also insisted that visitors who enter from the ground floor level will still be able to see the statue in its entirety, but event organisers said the lower level will only be accessible to VIPs.

Another Italian who worked on the project told La Repubblica: ‘We even thought of putting undergarments on the statue, or changing it all together, but it was too late.

‘We understood too late that it was an error to bring a statue of a nude man to the Emirates.’ 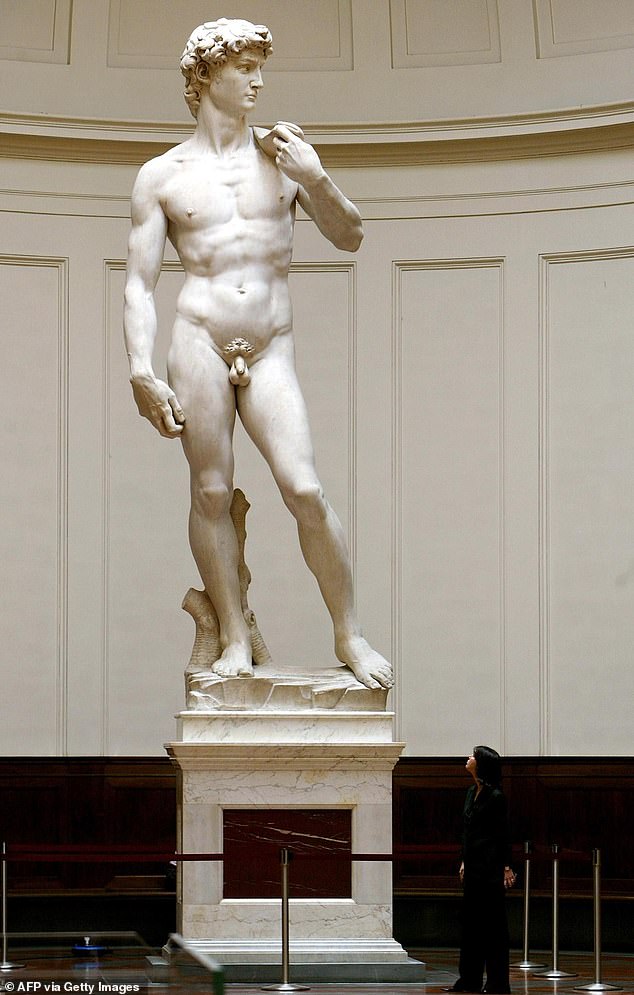 The Dubai Expo 2020 is a veritable melting-pot of culture, technology and innovation – the first world fair in the Middle East boasts over 190 participating countries – except Afghanistan, whose new Taliban rulers are a no-show.

Dubai has gambled billions to make the Expo village a triumphant tourist attraction and a lure for international investors – in other words, a symbol for the United Arab Emirates itself.

But like any glitzy world event, the turbulence of international politics is only thinly veiled by the attractions on show.

On Sunday, event authorities confirmed that six workers involved in the expo had died, three from Covid and three from construction-related injuries, but declined to say whether more had died from other causes.

Meanwhile, a host of reported infringements have included workers not being paid or being underpaid and being charged employment fees.

The UAE has no minimum wage and Expo has only set one for cleaning services staff at 1,000 dirham (£200) a month, and the European parliament last month called on member states to boycott the Expo over the UAE’s ‘inhumane practices’ against migrant workers which it said were exacerbated in the pandemic.

Despite this, a variety of countries who are represented in the European parliament have unveiled huge pavilions at the Expo, while many nations have accused one another of using their pavilions as a political advertisement.