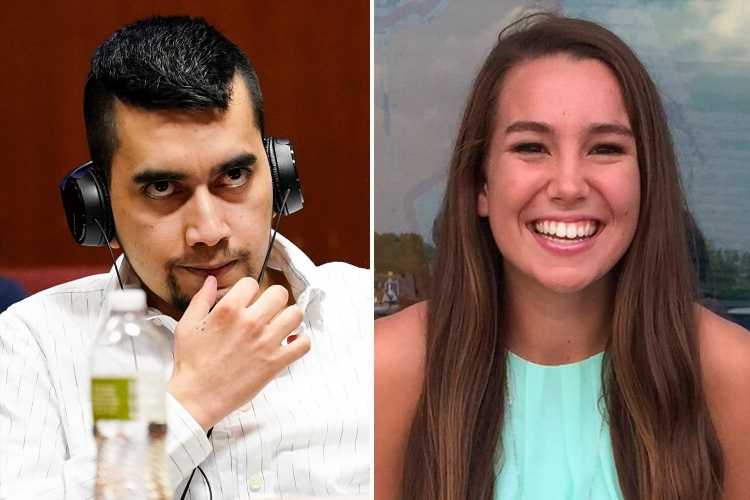 The informants – who are not known to each other – independently identified the same suspect to authorities. 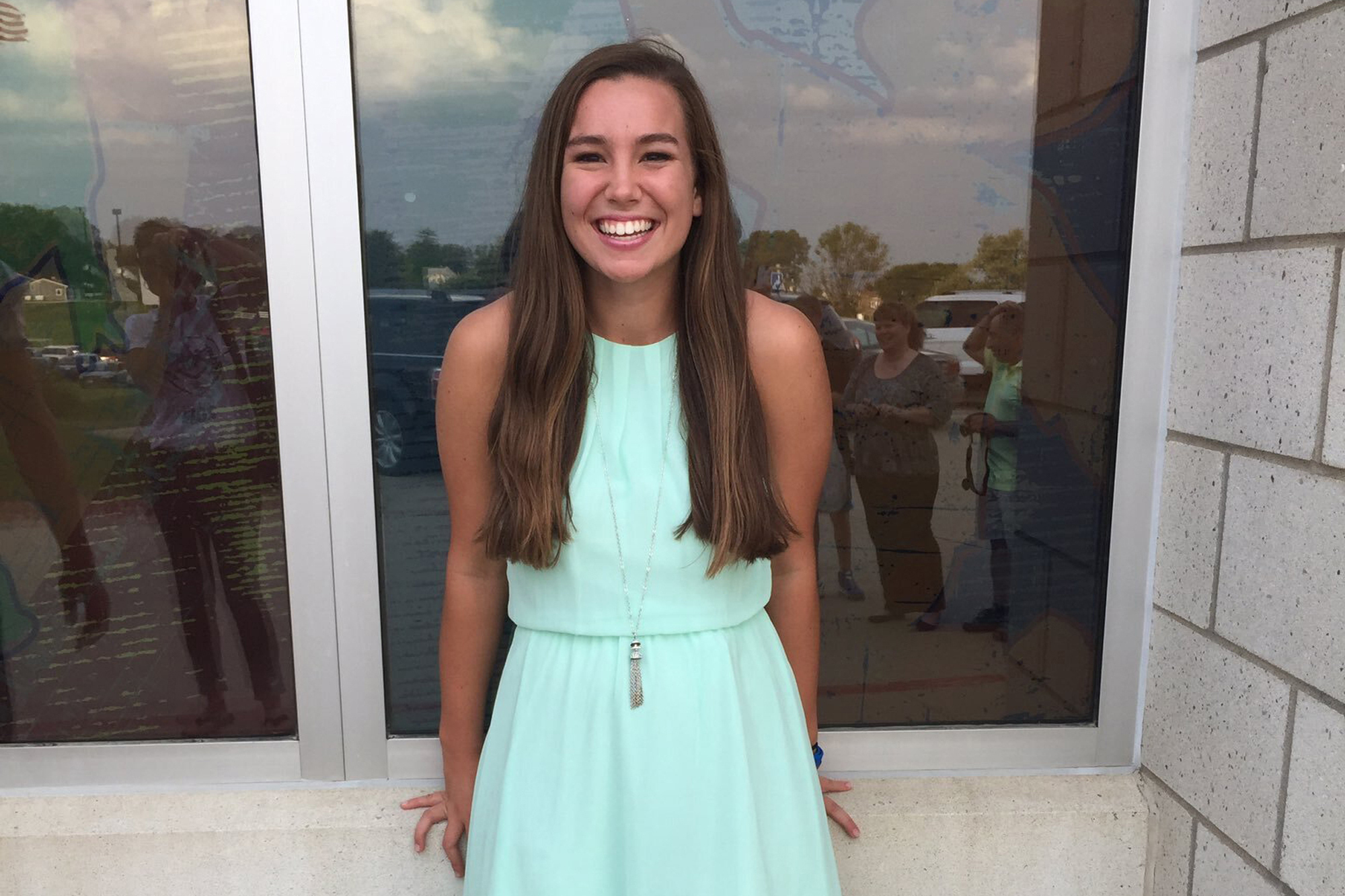 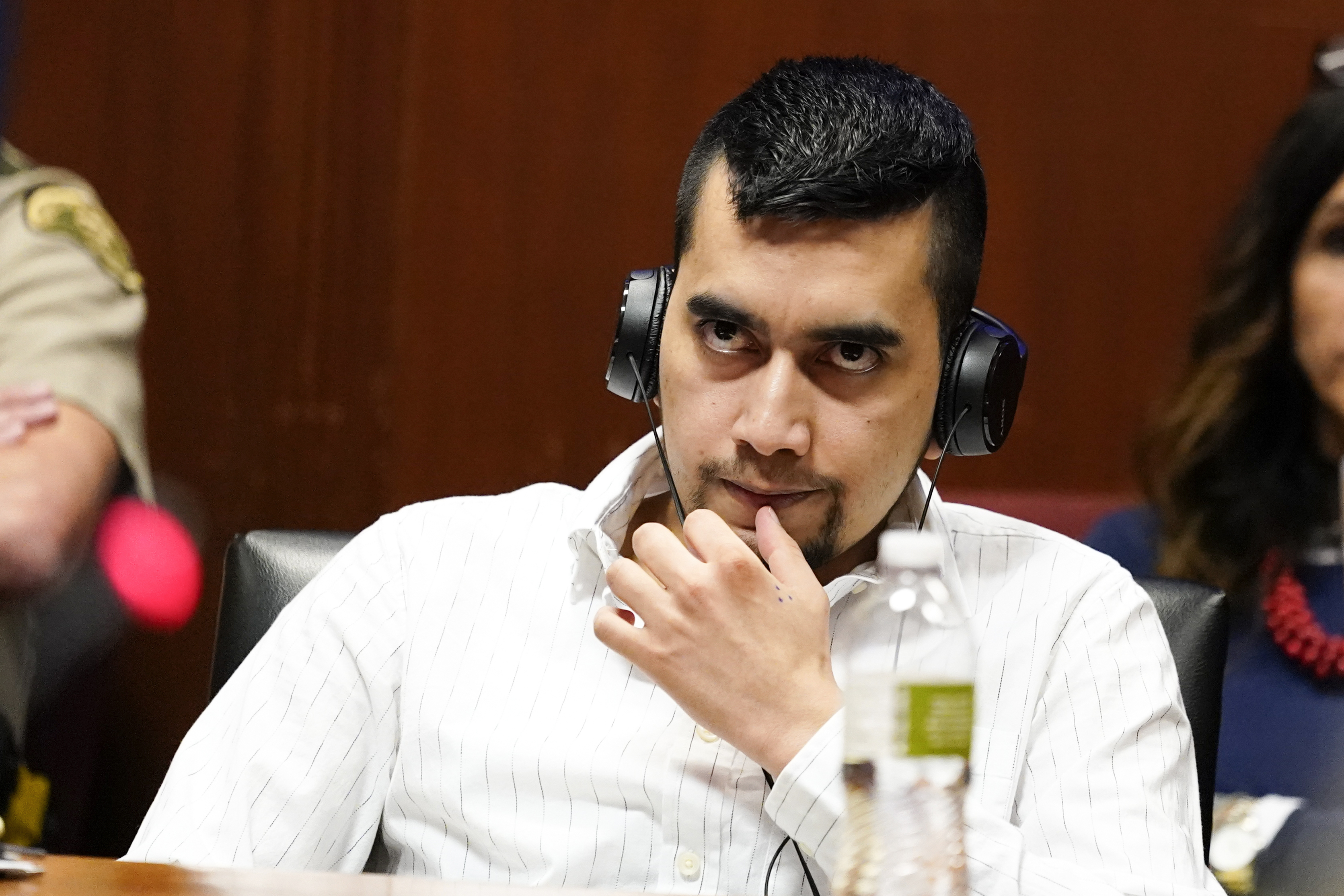 They each said the man bragged about his role in Tibbetts' death and say the man boasted about blaming the crime on a Hispanic man.

Bahena Rivera's lawyers are now seeking a new trial after the 27-year-old was found guilty of first-degree murder. He faces life in jail.

Judge Joel Yates has granted a defense motion for one of the informants – an Iowa prison inmate named as Arne Maki by Law and Crime – to testify at Bahena Rivera’s sentencing hearing on Thursday.

That prisoner says that another inmate told him that Tibbetts had been kidnapped by associates and held at a "trap house" for sex trafficking, where she was bound and gagged, the defense motion says.

The filing states the other inmate told the witness that he and another person killed Tibbetts after the publicity surrounding her disappearance.

They dumped her body "near a Hispanic male in order to make it appear that the Hispanic male committed the crime," the motion adds.

The witness told prison officials and investigators that he thought the story "was bluster" until he heard Bahena Rivera’s testimony, the motion says.

The second new witness came forward to a local sheriff’s office, claiming she was in a car with the same man a month earlier when he allegedly confessed to the killing.

He pulled a pistol and said: "That Mexican shouldn’t be in jail for killing Mollie Tibbetts because I raped her and killed her," the motion states.

The second witness' information had been dismissed as not credible after she was described as emotional and likely intoxicated.

The man implicated by the two witnesses has not been named.

Defense lawyers say they did not get the detailed information of the so called confessions until after the verdict.

The defense's motion reads: "It was reported that this Department of Corrections inmate was coming forward at this time because he had heard the testimony of Cristhian Bahena Rivera on television, and it was at that point, he realized that the information given him by this other individual was likely true.

"While perhaps not every bit of the account fits neatly into defendant´s account of the events, enough of the facts fit to certainly question whether the state would have been able to prove their case beyond a reasonable doubt had this information been known and presented to a jury."

'FIGMENT OF HIS IMAGINATION'

Mexican national Bahena Rivera had testified he was framed by two masked men for the kidnapping and killing Iowa college student Tibbetts.

He claimed one of the men was referred to as "Jack," the last name of Mollie's boyfriend Dalton Jack.

Rivera said the masked men threatened his daughter and ex-girlfriend, and that he was afraid of going to the police because of his undocumented status.

Prosecutor Scott Brown had called his testimony a "figment of his imagination."

In May of this year Bahena Rivera – an illegal immigrant from Mexico who entered the country as a teenager – was convicted of first-degree murder.

Tibbetts, 20, a psychology student at the University of Iowa, disappeared from the small town of Brooklyn, in July 2018.

The court saw graphic images of Tibbetts' beaten body and her clothes scattered around the cornfield where her body was dumped.

One image apparently showed the bloodied remains of Tibbetts' body and hair, causing some jurors to look away in horror.

Crime scene investigator Amy Johnson testified that she had taken samples from stains on Rivera's black Chevy Malibu to test for blood.

It was the same car shown following Tibbetts jogging in a chilling surveillance video released earlier.

The defense went after Tibbetts' three-year boyfriend Dalton Jack, questioning him about phone records that showed he had only called her once after her disappearance.

In questions about Snapchat messages between the couple arguing over Jack's alleged affair, the defense attempted to paint Jack as unfaithful and angry.

Police maintained that he had an alibi, since he was out of town for work when the crime occurred.

Bahena Rivera, who pleaded not guilty, will be sentenced on July 15. 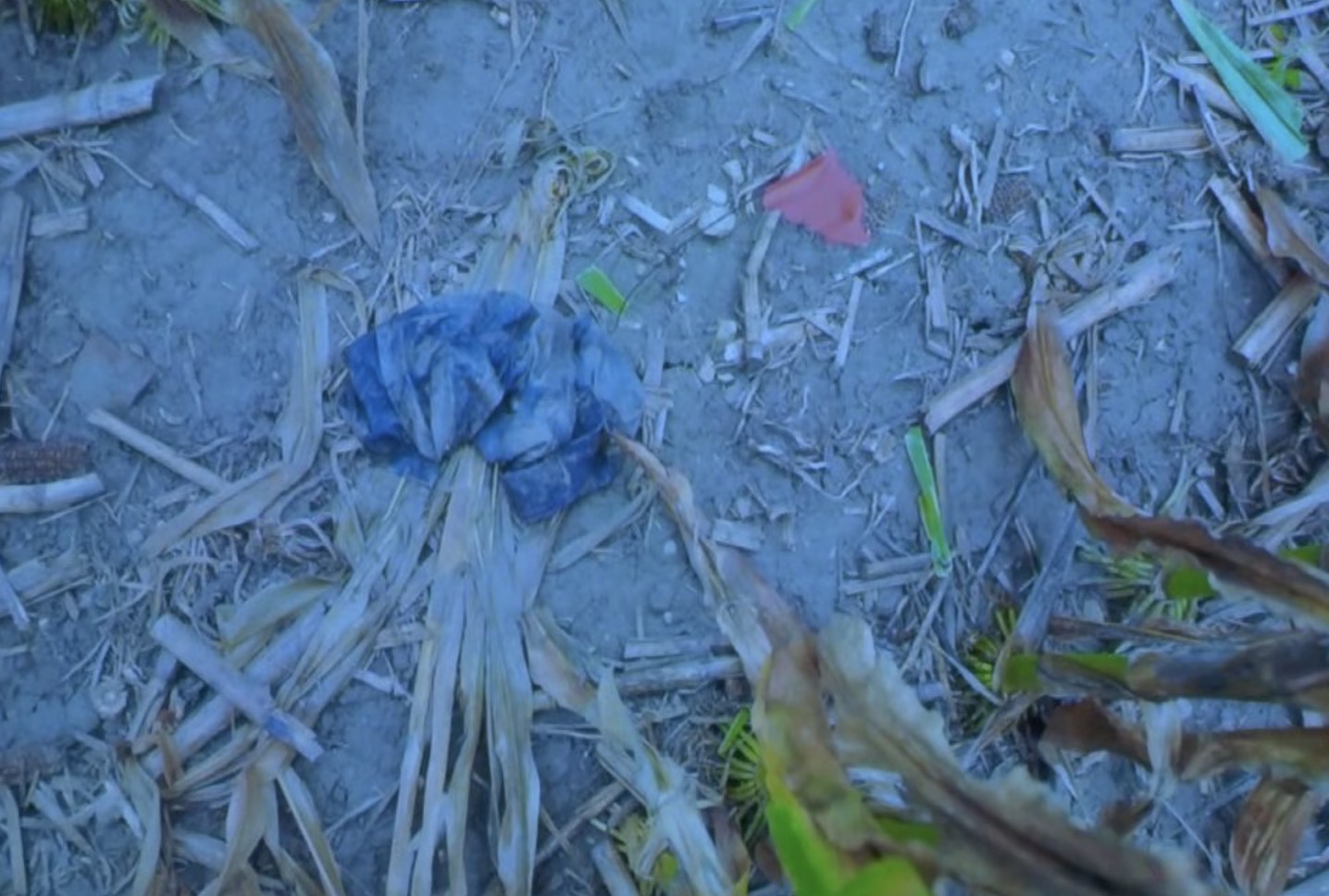 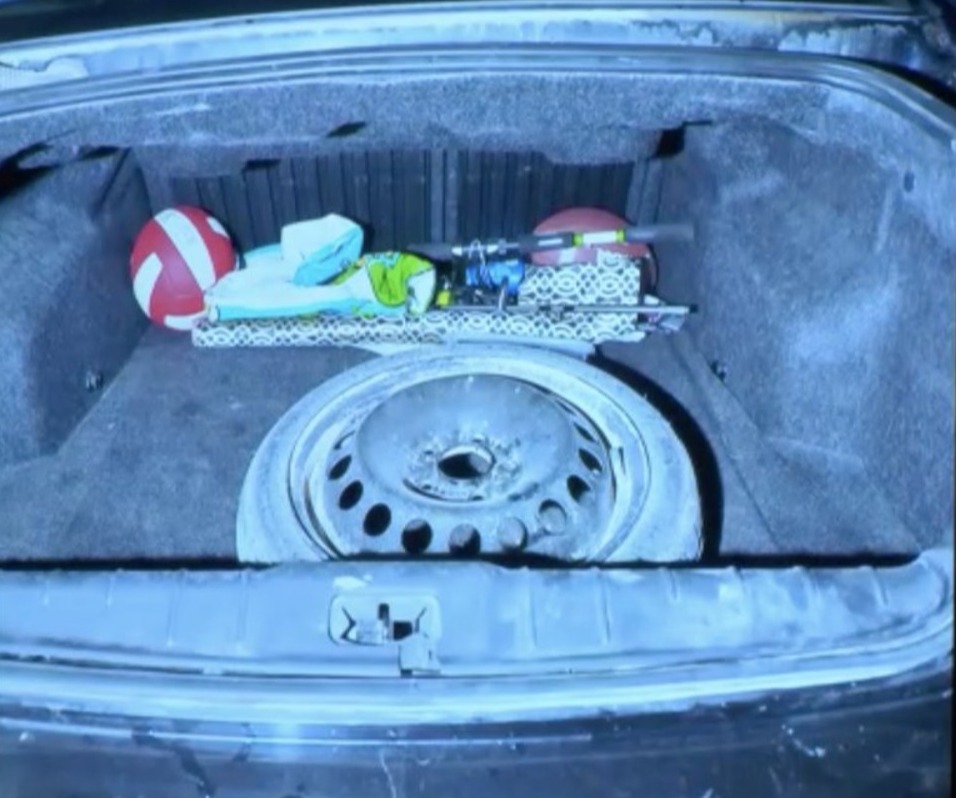 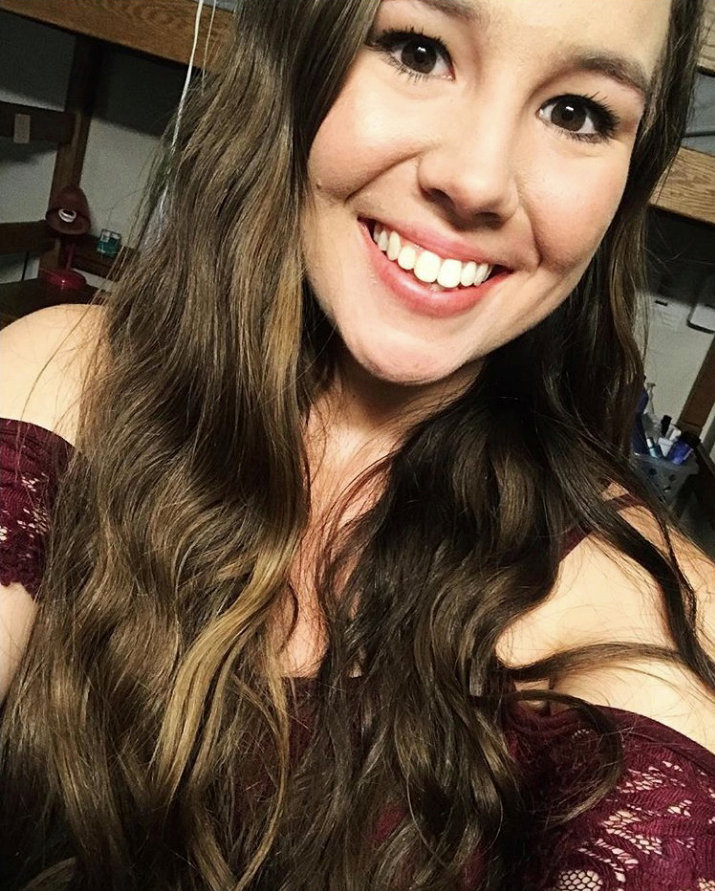