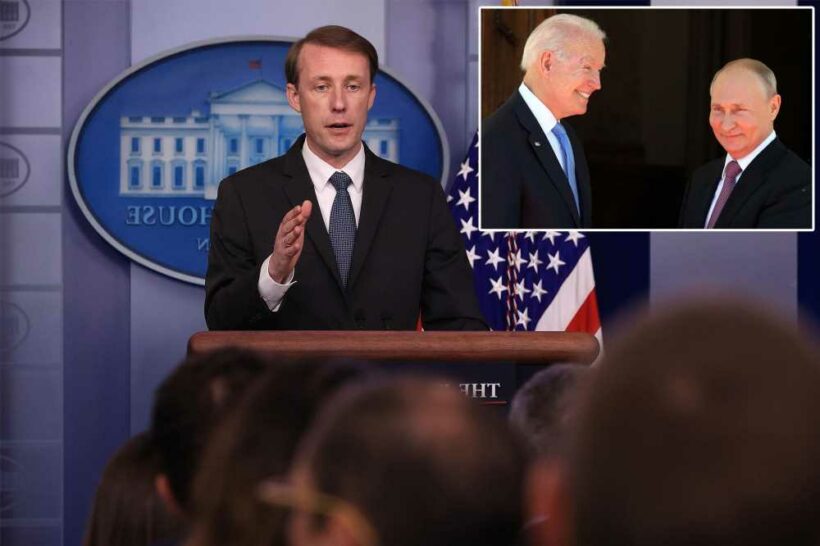 Biden’s first foreign trip only showcased his own weakness

A top White House official tried to put a positive spin Sunday on President Biden’s summit with his Russian counterpart Vladimir Putin — amid Republican criticism that he showed weakness and gave the Kremlin leader a pass during their meeting in Switzerland last week.

National security adviser Jake Sullivan was grilled by Fox News’ anchor Chris Wallace about Biden’s sitdown with Putin amid the administration’s waiving of sanctions for the Nord Stream Pipeline, the cyber and ransomware attacks on US businesses and the freezing of an aid package to Ukraine.

“Privately in the room, President Biden communicated to President Putin that there would be costs and consequences if harmful activities against the United States continued. Publicly, in his press conference, he not only spoke out about that quite directly, mincing no words, but he also spoke about American values, something the last president never talked about,” Sullivan said on “Fox News Sunday.”

Sullivan said Biden also pressed Putin on the imprisonment of Russia dissident Alexei Navalny, about the need for Radio Free Europe and “about standing up for our democratic allies and partners.”

“He pulled no punches. He did nothing but stand up for American interests and values in an emphatic and sound way,” Sullivan said.

But Wallace noted that Republicans, including former Secretary of State Mike Pompeo, criticized Biden for failing to be forceful enough in his talks with Putin and even allowed the Russian leader to hold a solo news conference in which he slammed the US’ response to the Capitol rioters on Jan. 6.

He was referring to the 2018 summit between former President Donald Trump and Putin.

Trump was asked whether he confronted Putin during their meetings about the Kremlin’s meddling in the 2016 presidential election.

“I have great confidence in my intelligence people, but I will tell you that President Putin was extremely strong and powerful in his denial today,” Trump said.