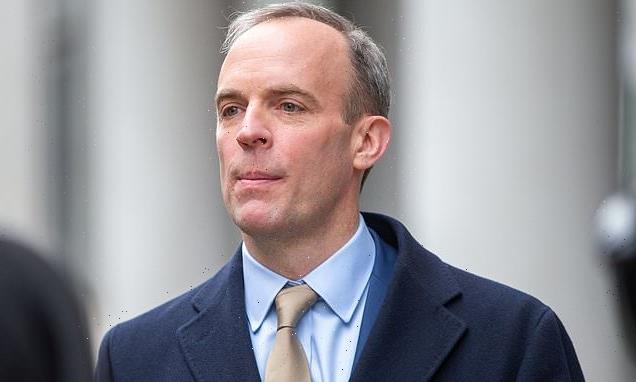 The ability of foreign criminals to dodge deportation on human rights grounds will be curtailed under the new Bill of Rights.

Reforms will massively restrict the number of appeals brought under the controversial ‘right to private and family life’.

They will make it far more difficult for appeals to reach court under Article 8 of the European Convention on Human Rights, which was enshrined in UK law by Labour.

The new Bill of Rights will also insist that rulings by Britain’s top judges take precedence over those from the European Court of Human Rights in Strasbourg.

Justice Secretary Dominic Raab said: ‘Our plans for a Bill of Rights will strengthen typically British rights like freedom of speech and trial by jury, while preventing abuses of the system and adding a healthy dose of common sense.’ 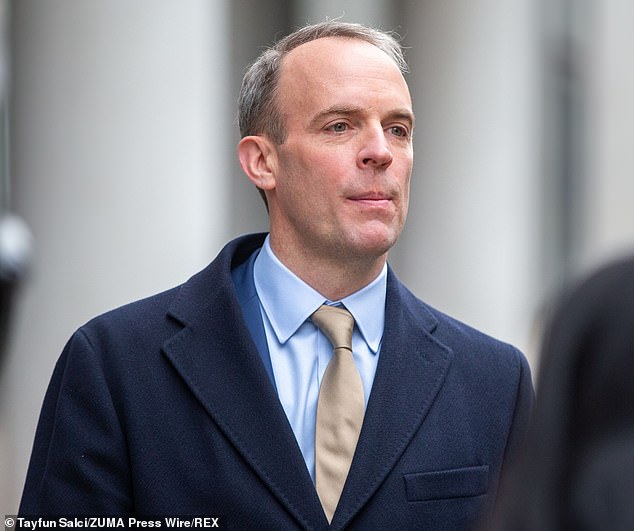 Justice Secretary Dominic Raab says the Government’s plan for a Bill of Rights will strengthen ‘typically British rights’ like freedom of speech and trial by jury, while preventing abuses of the system

Currently up to 70 per cent of foreign criminals who lodge deportation appeals do so under Article 8, claiming it will be a breach of their rights to return them to their home nation for reasons such as they have children in the UK.

But sources said under the new plans they will have to seek permission from the courts first. It is understood foreign offenders could be restricted from using Article 8 depending on the gravity of their crime or the length of their jail sentence.

A senior Government source said last night: ‘The idea is to have a permission stage that could effectively filter out spurious or vexatious claims to make sure the courts are concentrating on the genuine, credible ones.

‘The European Court itself has its permission stage as well. So in a way we’ll be following the model that Strasbourg has.’

Officials believe the changes will end interference from Europe because measures will emphasise the seniority of the UK’s Supreme Court.

Reforms by the Tory-led coalition government in 2012 attempted to stop abuse of Article 8, saying criminality should only be outweighed by family life arguments in ‘exceptional cases’.

But sources said the move failed and since then the proportion of successful appeals under Article 8 has increased. Latest figures, published in August, showed 10,882 foreign offenders have been released from prison but have avoided deportation.

The total walking the streets has rocketed by 176 per cent since 2012, when it stood at under 4,000. Ministers are also understood to believe human rights reforms are essential to their plans to shake up the parole system.

Amid concern about decisions to free offenders such as double child killer Colin Pitchfork, the Ministry of Justice is working on changes which place more weight on public protection than criminals’ rights.