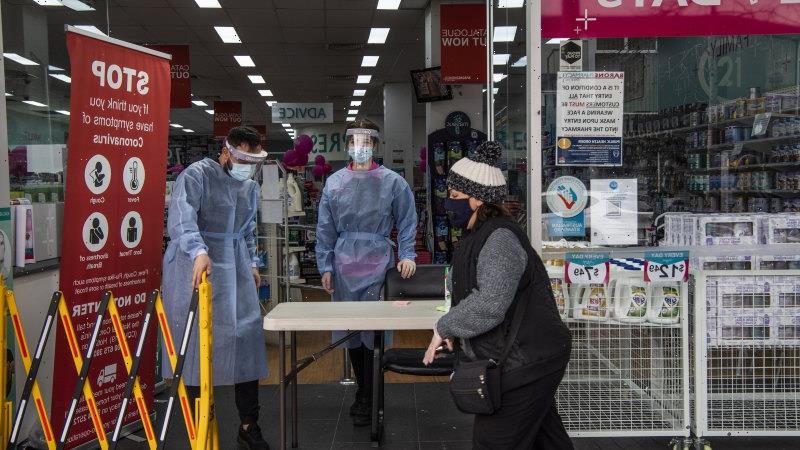 Frustrated pharmacists say they are waiting up to two weeks for COVID-19 vaccine deliveries to arrive, with hundreds of the state’s pharmacies signed up for the program still waiting for jabs.

About 1250 pharmacies in NSW were authorised to administer AstraZeneca vaccines in April, but according to the state’s pharmacy guild only 314 are inoculating customers, with many concerned the rollout is being stymied by a sluggish supply chain while waiting lists grow.

Pharmacist Mario Barone, in Sydney’s hotspot of Fairfield, said despite placing a second order for AstraZeneca doses on Monday the vaccines are only due to arrive on August 20. Pharmacies were initially able to order 300 doses each fortnight but the maximum order has been doubled to 600. 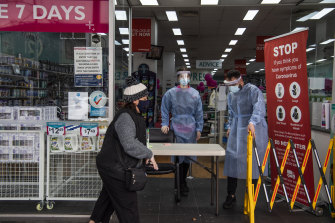 “We wait patiently on the sideline as the weeks go by,” said pharmacist Warren Del-Grande from Lugarno Pharmacy, on the cusp of the Canterbury-Bankstown local government area. “There are a number of pharmacies wishing they could be giving doses but it’s now a waiting game.”

In December the federal government announced it had signed contracts with logistics companies Linfox and DHL to distribute millions of doses. The value of the contracts has not been revealed. But the industry’s peak body says using existing wholesale networks would have fast-tracked doses so deliveries could be made within 24 hours of an order placed.

Another 206 pharmacies in NSW are due to start administering doses by the end of the week, The Pharmacy Guild Of Australia NSW branch confirmed, bringing the total number of pharmacies on board to more than 500. A complete list of those pharmacies is not available.

“These vaccines are in a fridge somewhere, but they aren’t in pharmacy fridges,” Mr Barone said. “If we could order direct from wholesalers it would make life a lot easier. We’ve been dealing with vaccines stored at 2 to 8 degrees forever.”

On July 30 the state’s health authorities changed pharmacy standards so vaccines can be swapped between respiratory clinics, GPs and other pharmacies, rather than only ordered from the federal health department.

“The change in rules mean we can now to go medical centres and borrow stock,” said Port Macquarie-based pharmacist Judy Plunkett who has yet to receive a single vaccine dose.

“It has been singularly the most frustrating thing in all of our lives for the past six months. If pharmacies were brought on in April we could have done tens of thousands of doses by now,” Ms Plunkett, who has given out 4000 flu vaccines this year, said. “Every barrier has been put in front of us.” 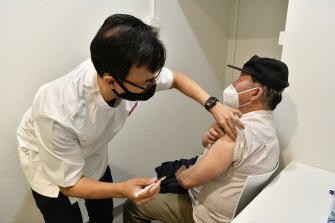 Pharmacy guild vice president Trent Twomey said one of the major obstacles with vaccine delivery is pharmacies are not using the Community Service Obligation wholesaler network, with established cold chain lines, which ensures 24-hour delivery of essential medicines in Australia.

On Wednesday, Health Minister Brad Hazzard said the state had ample supply of AstraZeneca, noting younger people could receive the vaccine from a GP, pharmacy and now NSW Health clinics.

The state’s health officials this week said a 24-hour hotline for pharmacy re-supplies had been set up following discussions between Deputy Secretary Susan Pearce and the Commonwealth.

The Department of Health said pharmacies will be brought on board to deliver vaccines in a “progressive manner”.

On Wednesday the department said “approximately 66 pharmacies are active and vaccinating across NSW with 49 in the Greater Sydney hotspot LGAs. This will increase to more than 300 by the start of next week.”