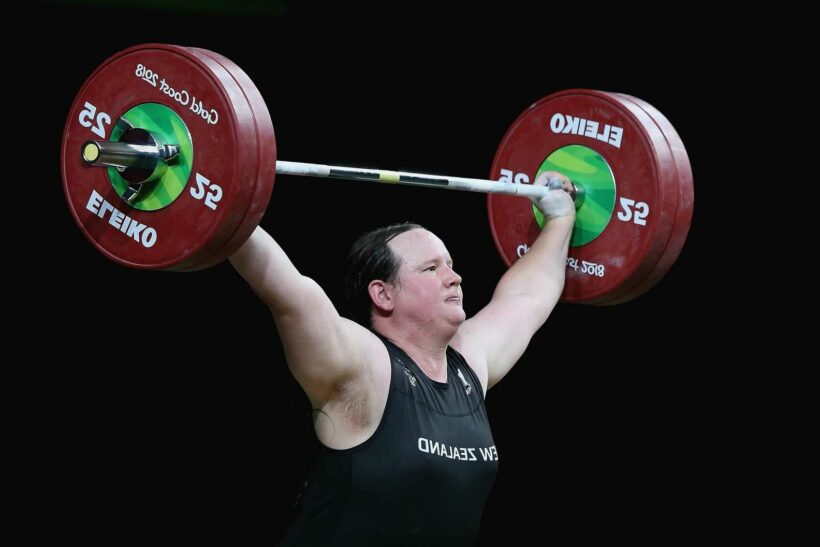 Weightlifter to become first trans athlete to compete in Olympics

It’s official: For the first time ever, a transgender athlete has qualified for an Olympic team. New Zealand weightlifter Laurel Hubbard was selected for the national team on Monday and will be competing in the “super-heavyweight” category in the sport.

Born biologically male and originally named Gavin, Hubbard transitioned in 2012 after competing as a male in juniors matches. Hubbard’s first competition after transitioning, in 2017, was a blowout. The local New Zealand Herald reported at the time that “Hubbard, 39, won the women’s over-[198-lbs.] division at the Melbourne event, setting four unofficial national records in the process. Hubbard lifted a combined total of [591 lbs.] — [42 lbs.] better than silver medalist Iuniarra Sipaia of Samoa.”

You would make these assumptions, because in all likelihood, the transgender athlete breaking into a particular sport would be able to do so because of a distinct biological advantage over competitors.

That’s the case for Hubbard, who, despite falling within the maximum limit of testosterone deemed acceptable for the International Olympic Committee, boasts an incontrovertible edge over the competition. And that competition, understandably, isn’t too pleased with being forced to face Hubbard in the lifelong quest for Olympic gold.

On Hubbard’s qualifying for the New Zealand team, CNN reports, “Belgian weightlifter Anna Vanbellinghen told an Olympics news website the situation was ‘unfair’ and ‘like a bad joke.’ ”

To leftist and gender ideologues obsessed with “progress” and “fairness,” Hubbard being cleared to compete against biological females is a resounding victory. Kereyn Smith, the CEO of the New Zealand Olympic Committee, defended the move, explaining, “As well as being among the world’s best for her event, Laurel has met the IWF eligibility criteria, including those based on IOC Consensus Statement guidelines for transgender athletes. We acknowledge that gender identity in sport is a highly sensitive and complex issue requiring a balance between human rights and fairness on the field of play.”

Smith is correct that in addition to being the first transgender Olympic athlete, Hubbard is among the world’s best weightlifters in Hubbard’s division. This, despite being the oldest qualifying weightlifter at 43, and despite recovering from what many assumed would be a career-ending injury at the Commonwealth Games three years ago.

But Hubbard was able to qualify despite these hurdles because of a clear and undeniable upper hand afforded by something else: namely, male muscle mass and stamina. The left, which claims to champion Science with a capital-“s,” should know this.

As anyone with even passing knowledge of genetics and anatomy understands, one’s manhood isn’t determined merely by the levels of testosterone flowing through the bloodstream at the moment of testing — the metric the IOC has determined fair for allowing transgender athletes to compete. There are other biological elements that distinguish biological men from women.

Upon discovering human remains, scientists are able to determine if one is male or female, even with just a few samples of study. These determinations, made by those with expertise ranging from archeology to forensics, can be made any number of ways; via anatomy or genetics.

Men and women are undeniably built differently. In her statement about Hubbard, Smith also explained, “As the New Zealand team, we have a strong culture of . . . inclusion and respect for all.” But the question arises: Where is that sense of respect for the women who have trained for this moment their entire lives, only to be faced with an opponent they have little hope of besting? Where was this obligation for inclusion for the New Zealand weightlifter who didn’t make the team because Hubbard took her spot instead?

Progress shouldn’t mean stripping women of their hard-earned right to compete on the Olympic stage, nor should it mean the denial of science. But that is what is considered fairness in 2021.