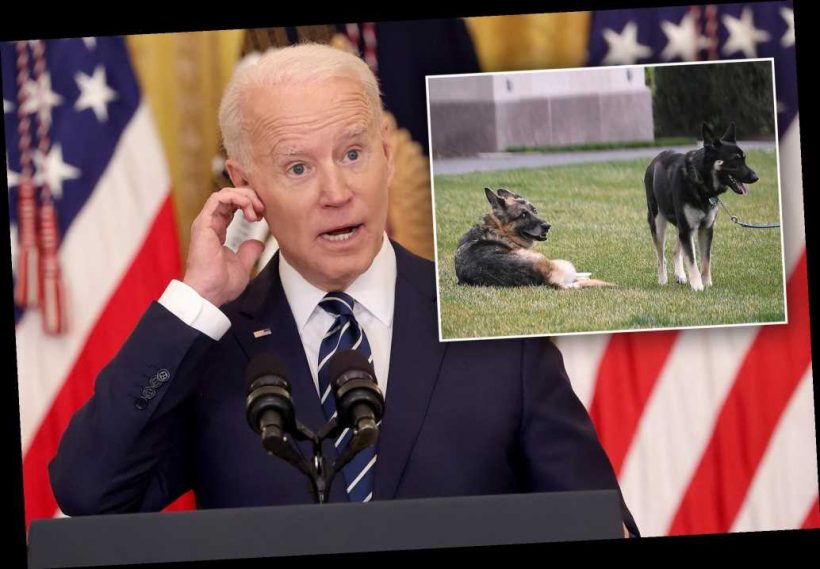 One of President Biden’s German shepherds treated the White House like an outhouse Wednesday, rudely answering nature’s call in a hallway, according to a pool reporter.

“As pool gathered to load in the vans on the South Lawn driveway, Champ and Major were spotted in the hallway outside the Palm Room doors in front of the Diplomatic Room,” noted the journalist in a 10:27 a.m. dispatch as she awaited the departure of First Lady Jill Biden. “There was dog poo on the floor. It’s unclear which dog was responsible for it.”

The crappy situation unfolded one day after it was reported that Major, the White House’s first rescue dog, was involved in a second biting incident this month.

Major reportedly nipped a National Park Service employee on the White House South Lawn Monday afternoon, with the worker heading to a hospital as a precautionary measure.

The bite came just a week after Major, 3, returned to the White House following a brief banishment for chomping down on a security guard.

A spokeswoman for Washington, DC’s Humane Rescue Alliance, which takes legally-required reports on dog-biting incidents from Beltway residents, told The Post that the White House is exempt from the requirement.

“As with foreign embassies in our city, we have no jurisdiction over what happens at the White House or the surrounding grounds, which is secured federal property,” said Samantha Miller, when asked whether Major’s two bites had been reported to the organization.