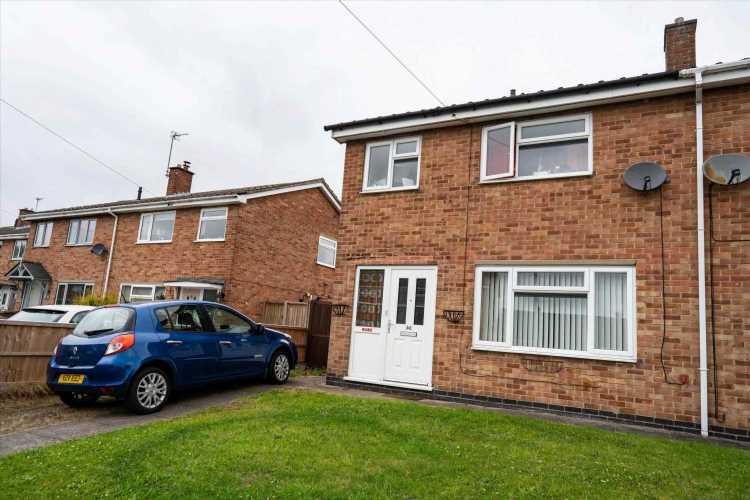 THIS semi-detached house looks like any ordinary family home from the outside – but it's hiding a secret.

The £140k red brick in Derbyshire is unsuspecting from the road – but has a very groovy interior that will blow your mind. 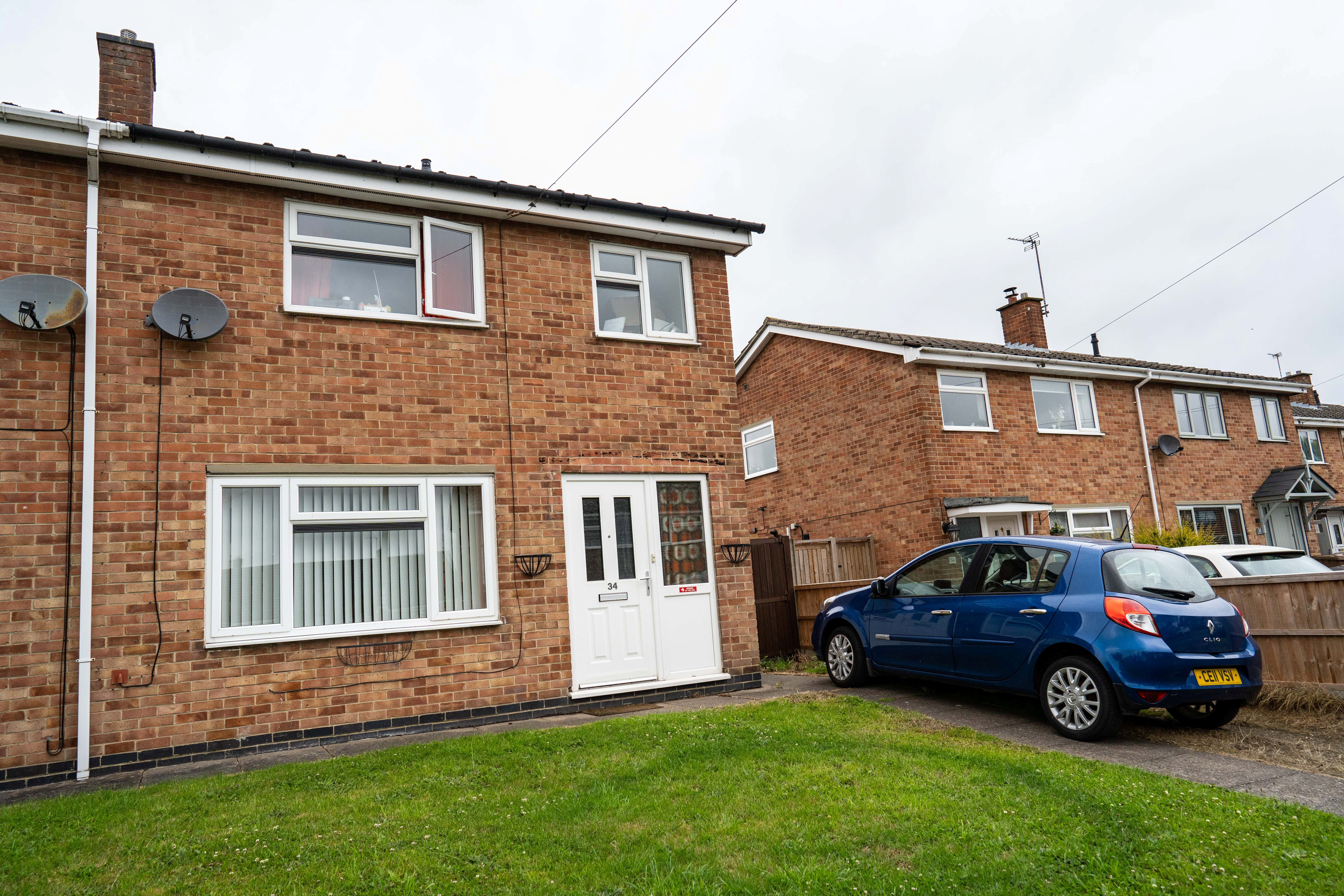 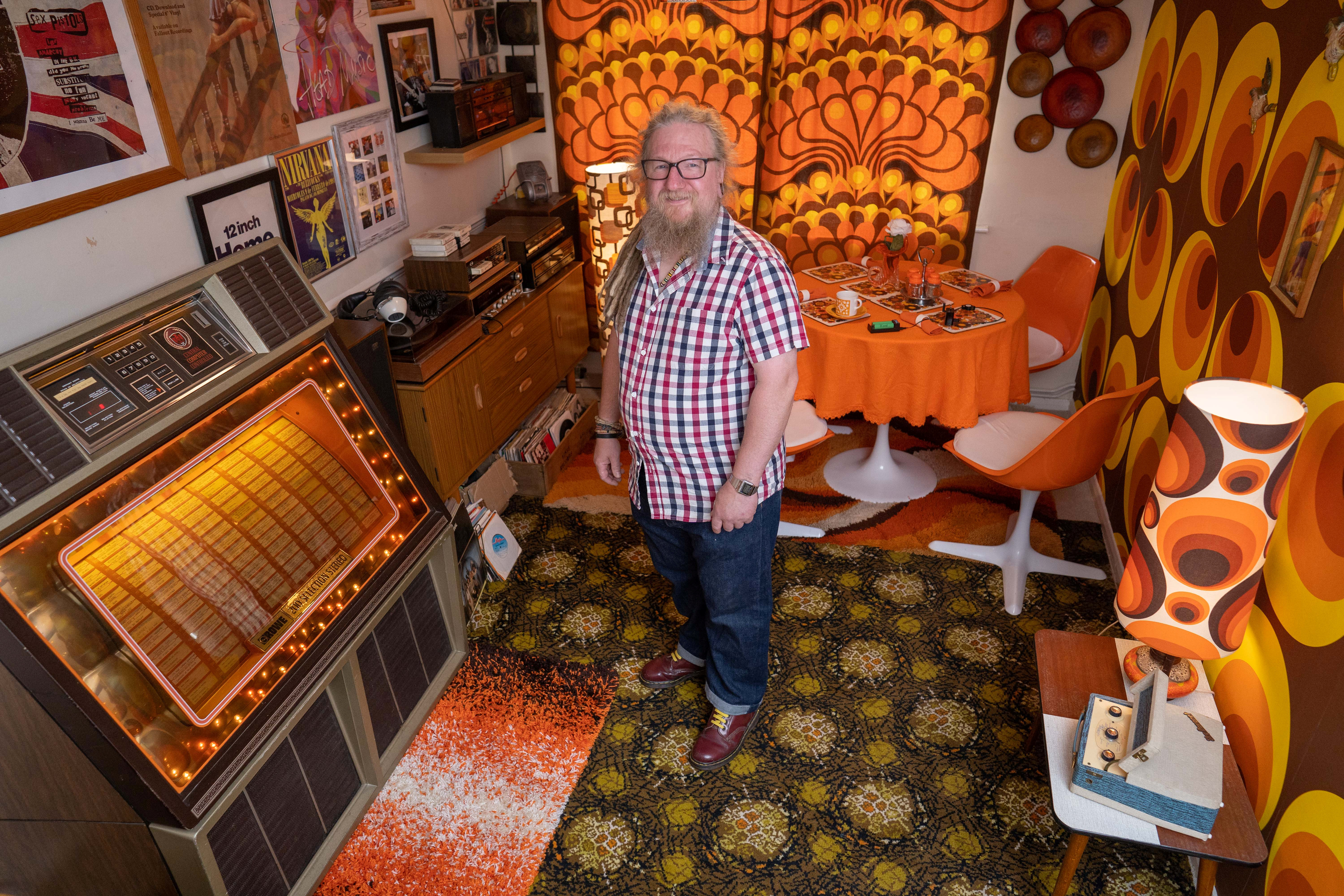 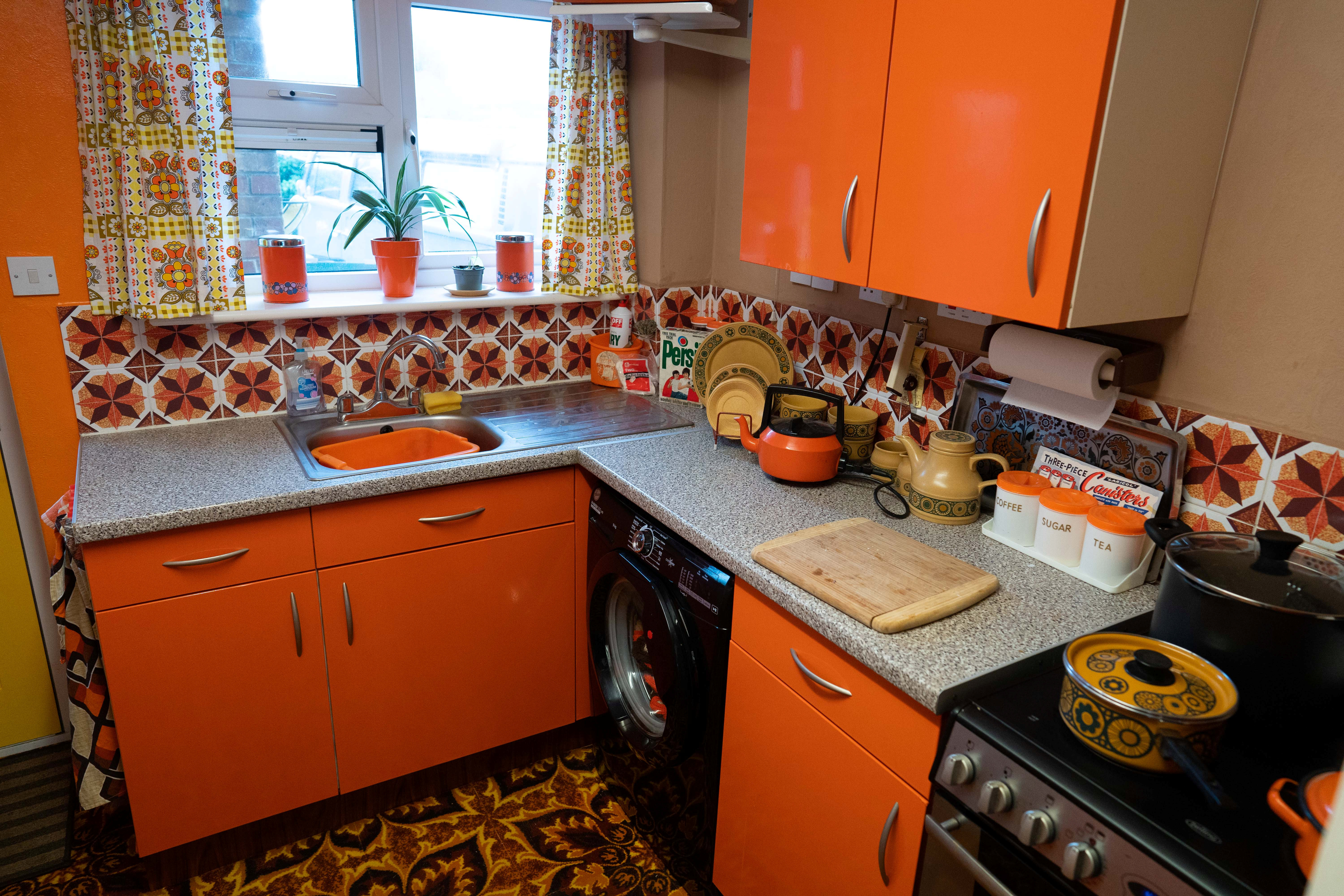 Martin Aylett, 51, has transformed the interior into a shrine to the 1970s, complete with original Persil washing powder and Woolworths dishcloths to clean his custard-yellow crockery.

The divorced dad-of-two spends hours scouring vintage markets to find everything from functional vintage appliances as well as magazines and ornaments from the time.

Martin even drives a 1972 VW Campervan which he parks outside his £140,000 home in Linton, Derbyshire. 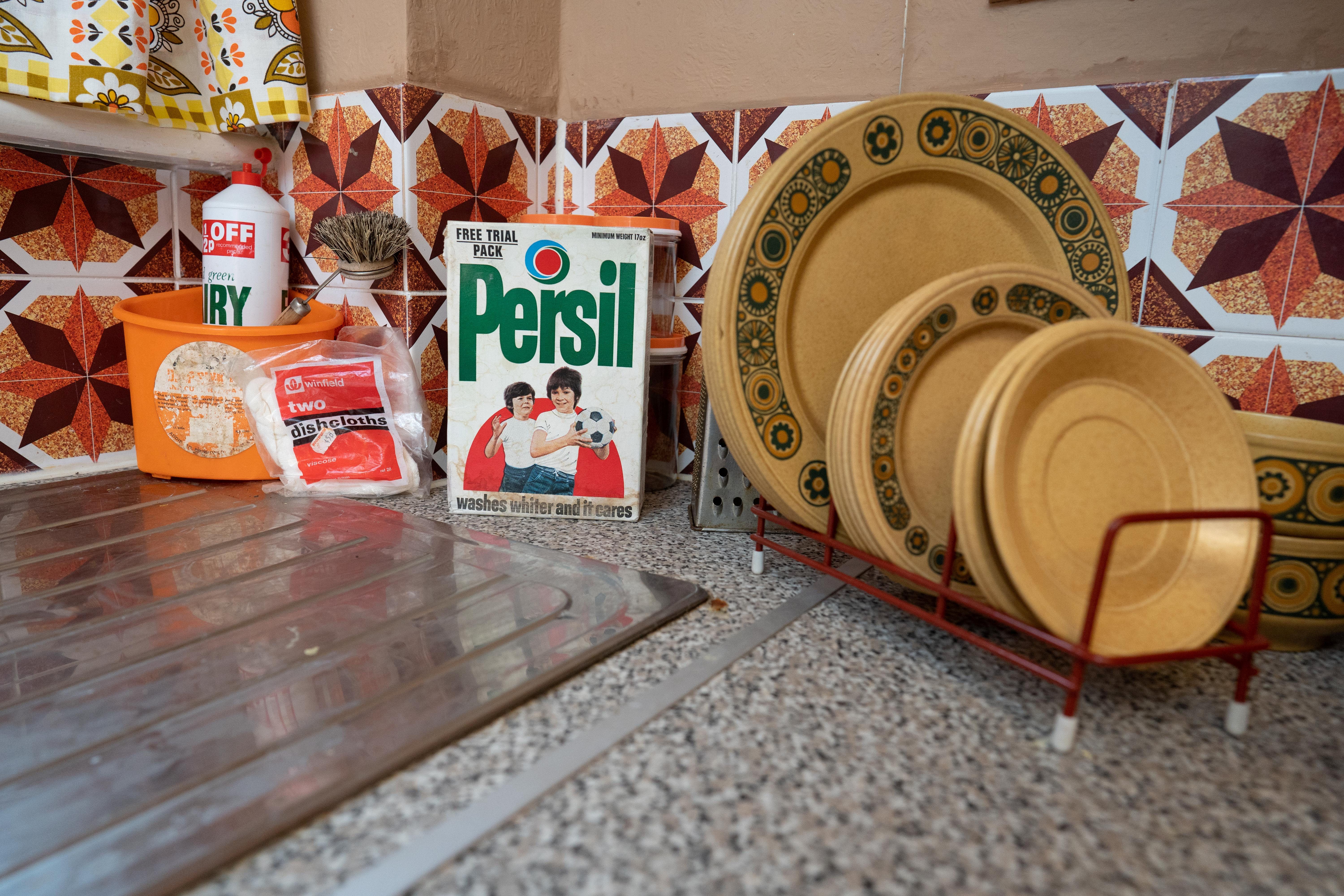 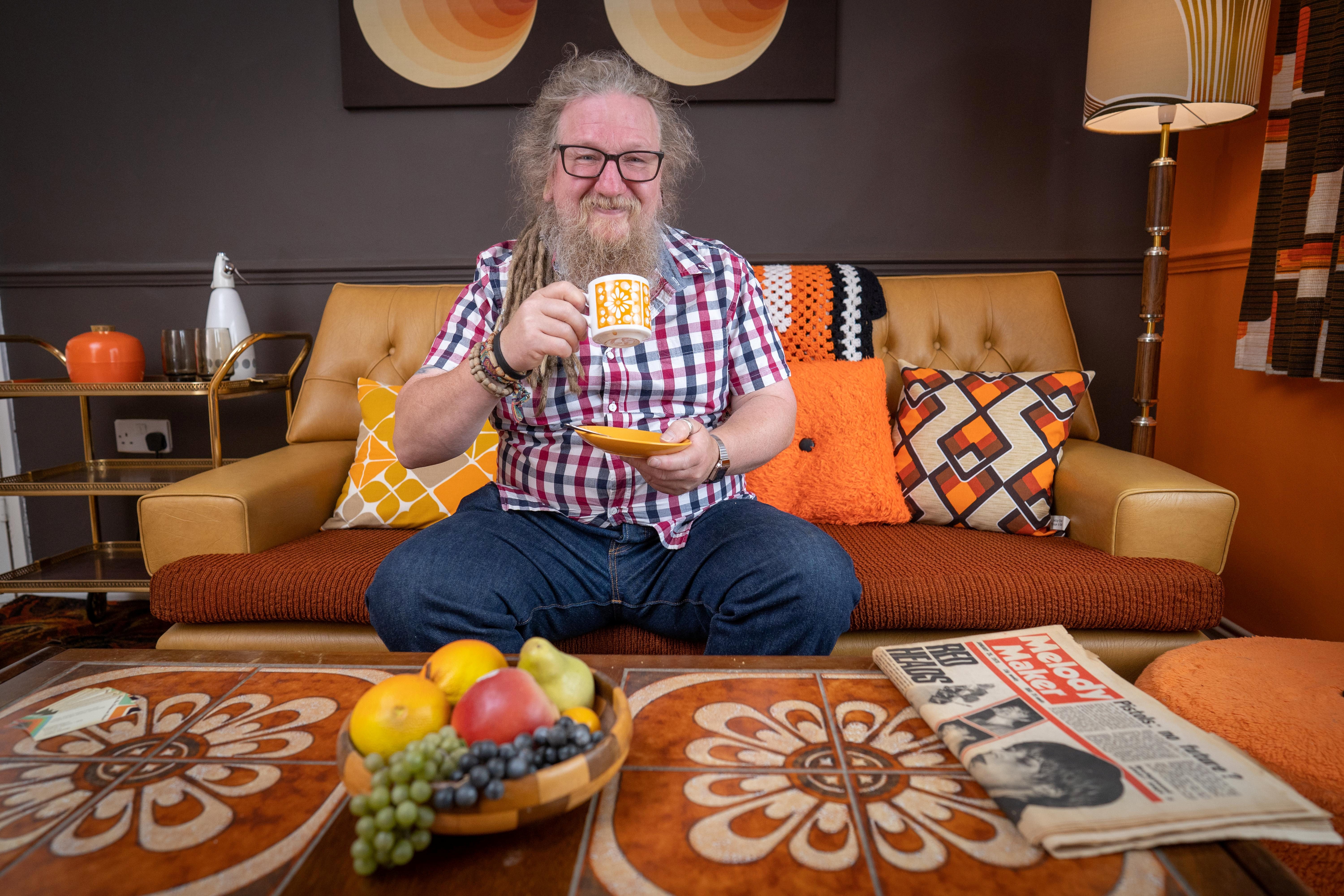 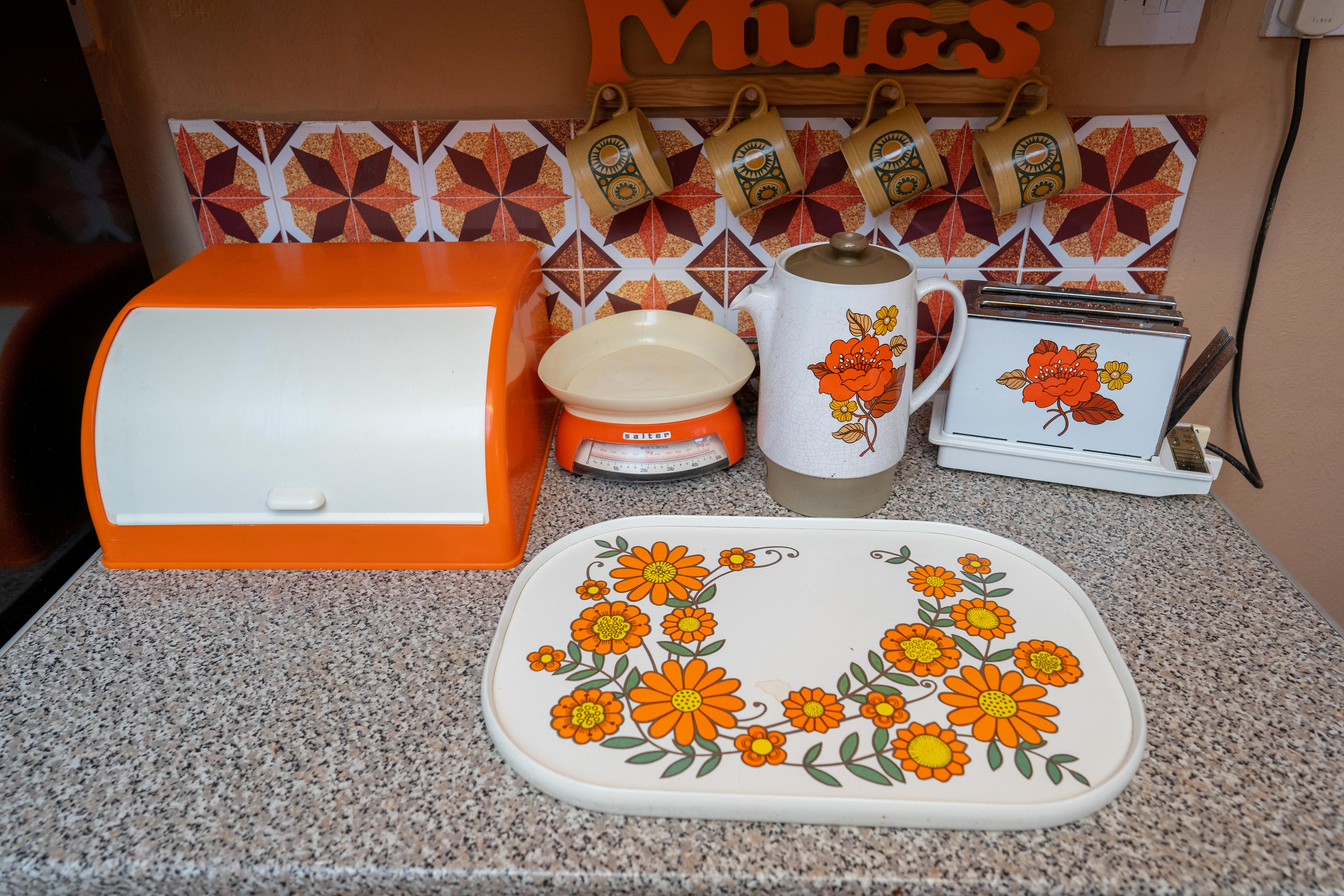 He said: "It all started about four years ago when I bought the property and had a blank canvas to decorate, carpet and get the house into ship shape.

"I thought that would be ideal opportunity to give it that seventies vibe, I've always been interested in the seventies, I grew up in the seventies and it seemed a nice time when things had that design and flare to them.

"I like taking things back to that time which was my childhood when life was a lot simpler and it is not like now when everything is instant.

"I must've spent around £5,000 so far getting it into the state it is in, it's become something of an obsession.

"I've got 1970s carpets, curtains, furniture everything, is original there is no reproduction stuff. 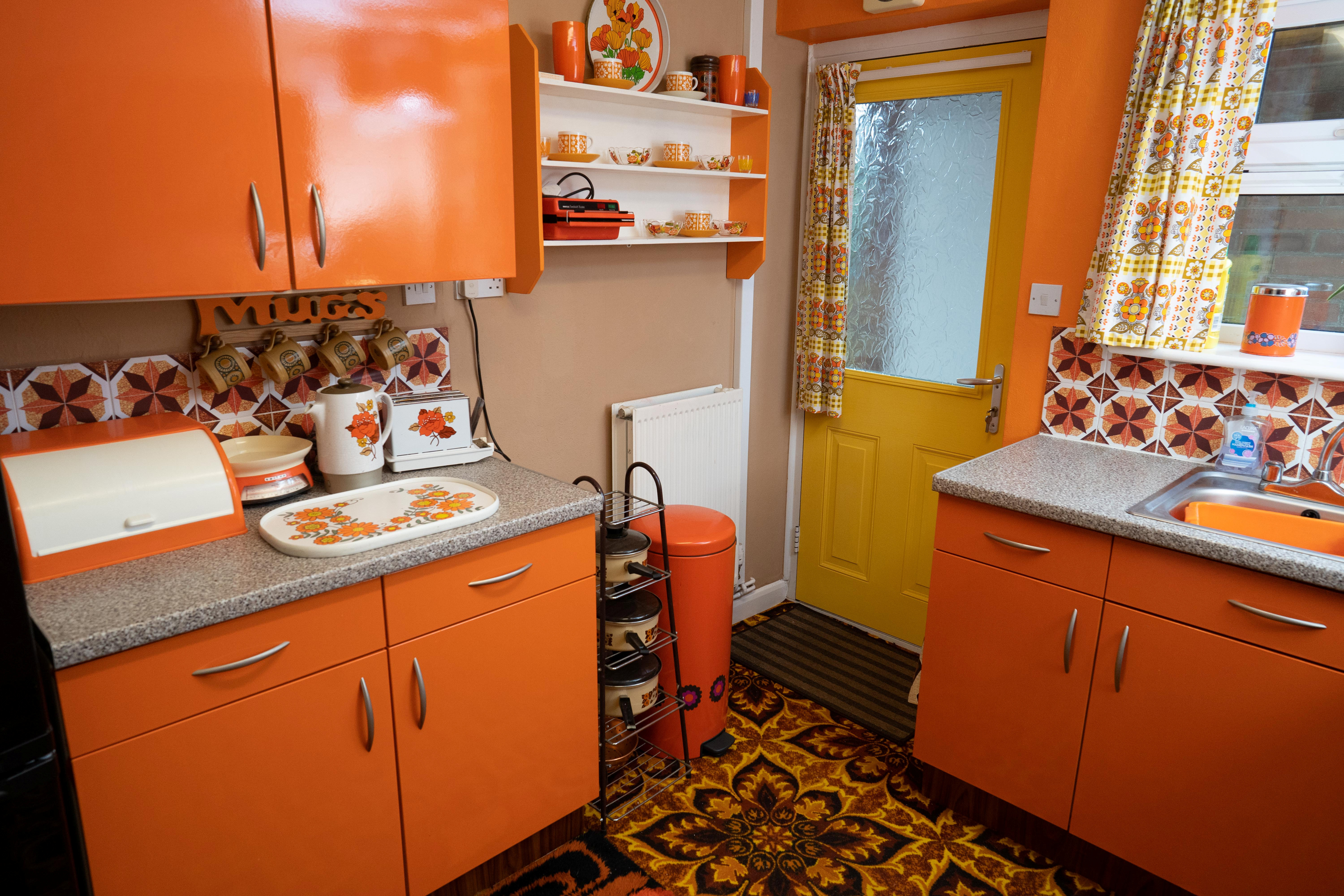 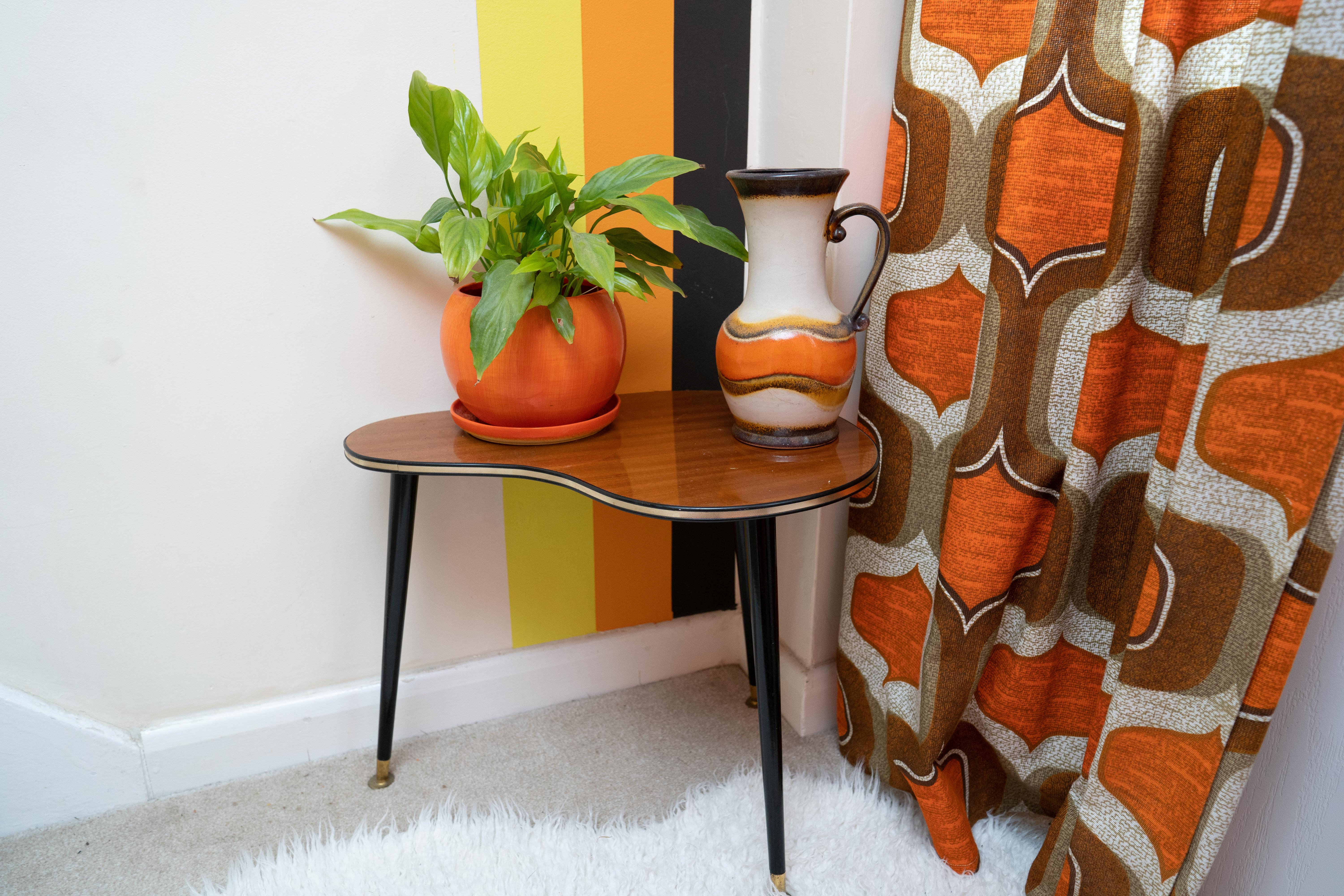 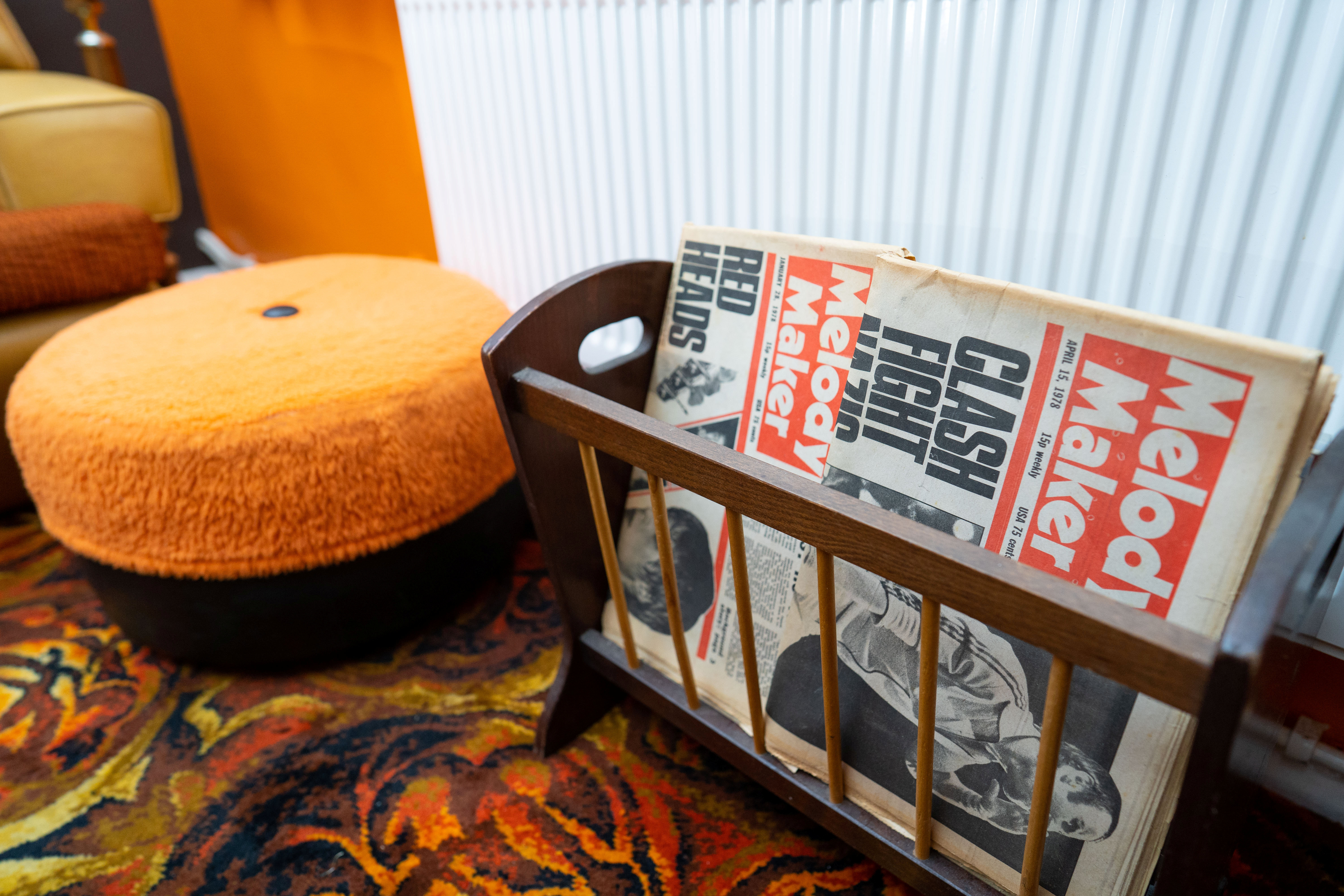 "One of prize possessions is a juke box, that is the one thing that takes pride of place in the living room and lounge come diner.

"The juke box, a Rowe AMI, is at the far end with a 70s stereo system and quite a lot of the room is taken up with vinyl records.

"The carpets are 1970s Axminster and quite heavily patterned, the curtains are from the seventies and there are a lot of orange and browns in there as you'd expect from that period of time.

"The cream leatherette sofa with orange cushions is totally original.

"The juke box was £2,000, the carpets a couple of hundred pounds and the same for furniture."

Martin admits he has installed some mod-cons into his home including the internet so he can run his retro business and search online for seventies décor as well as modern fridge freezer and flatscreen TV. 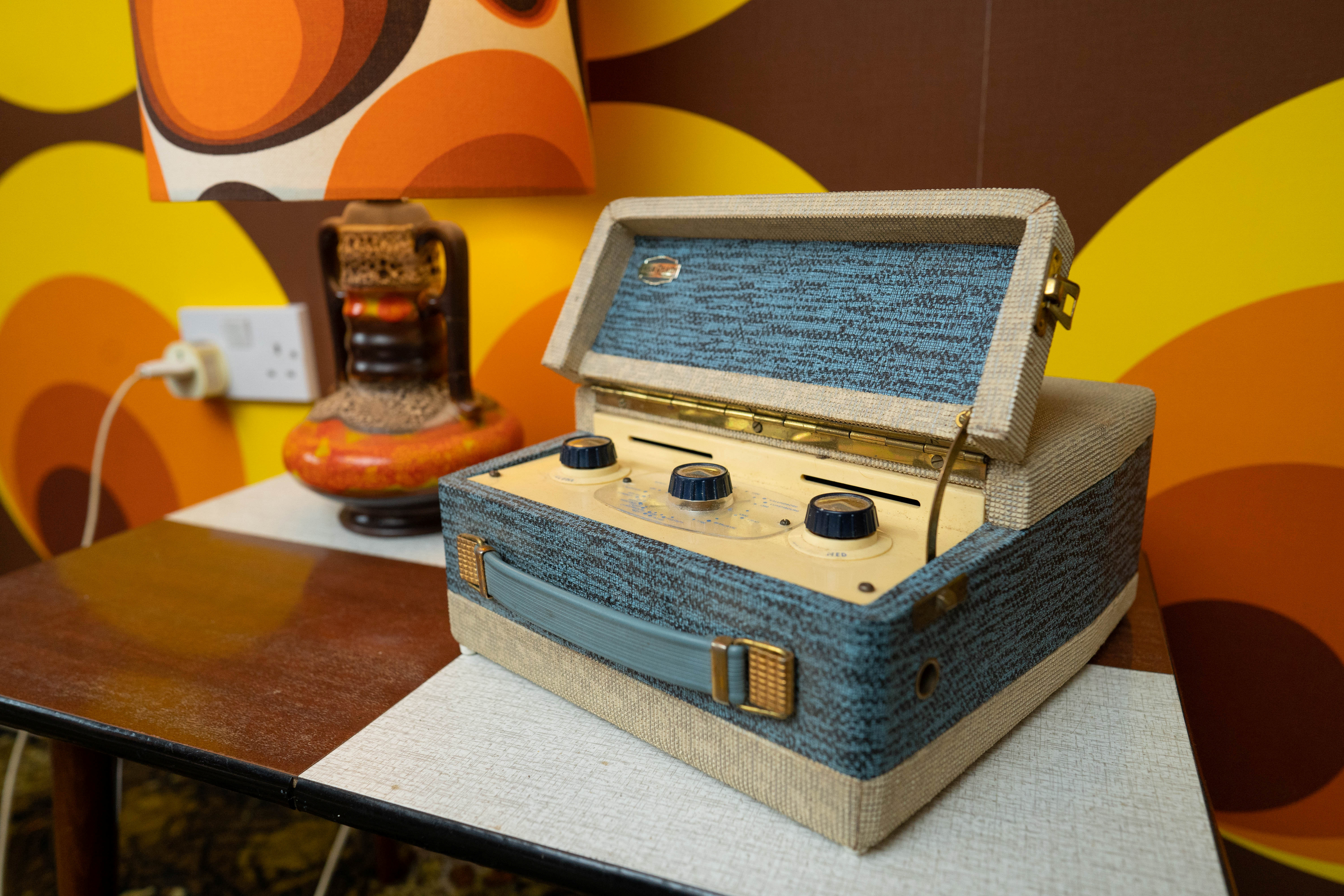 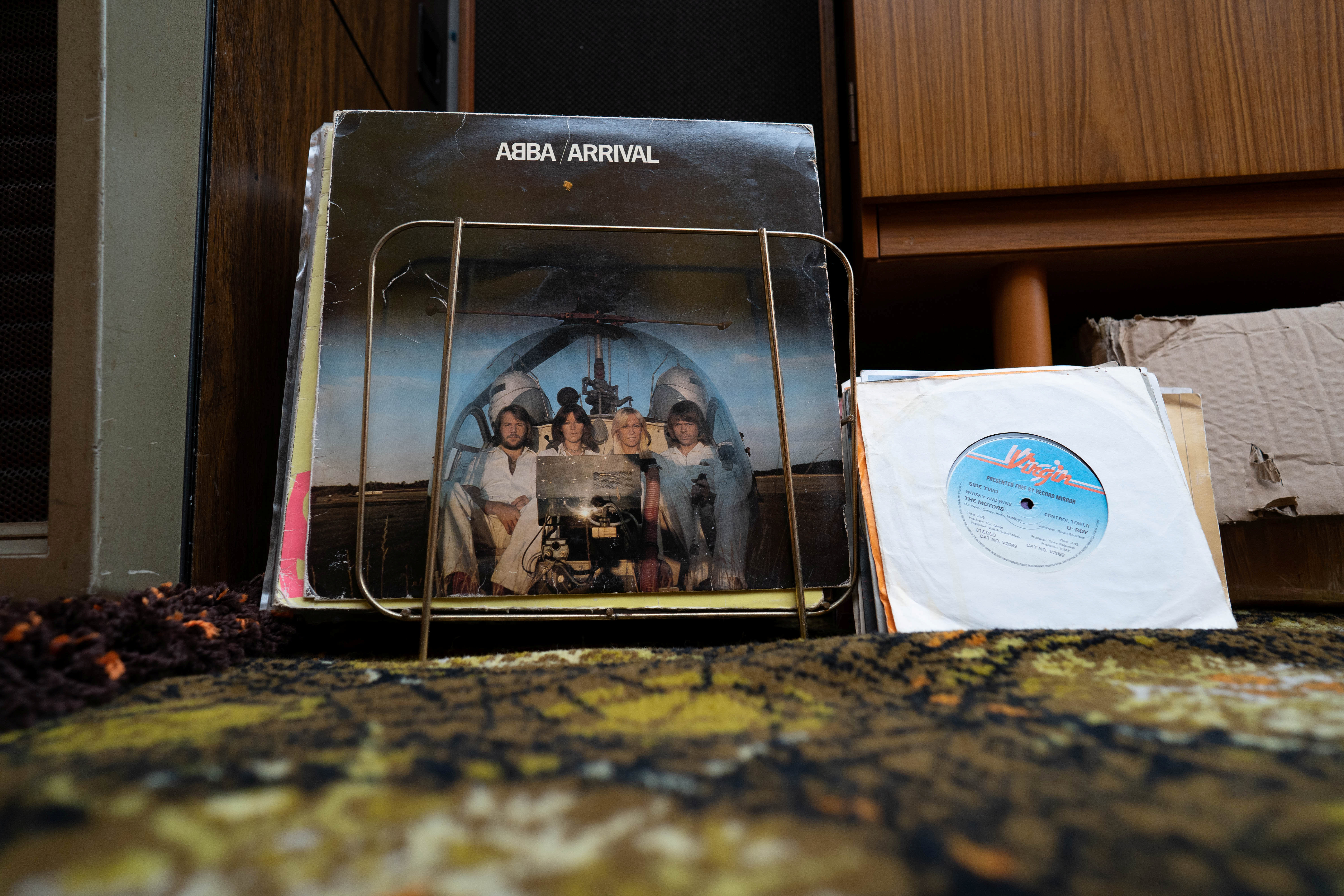 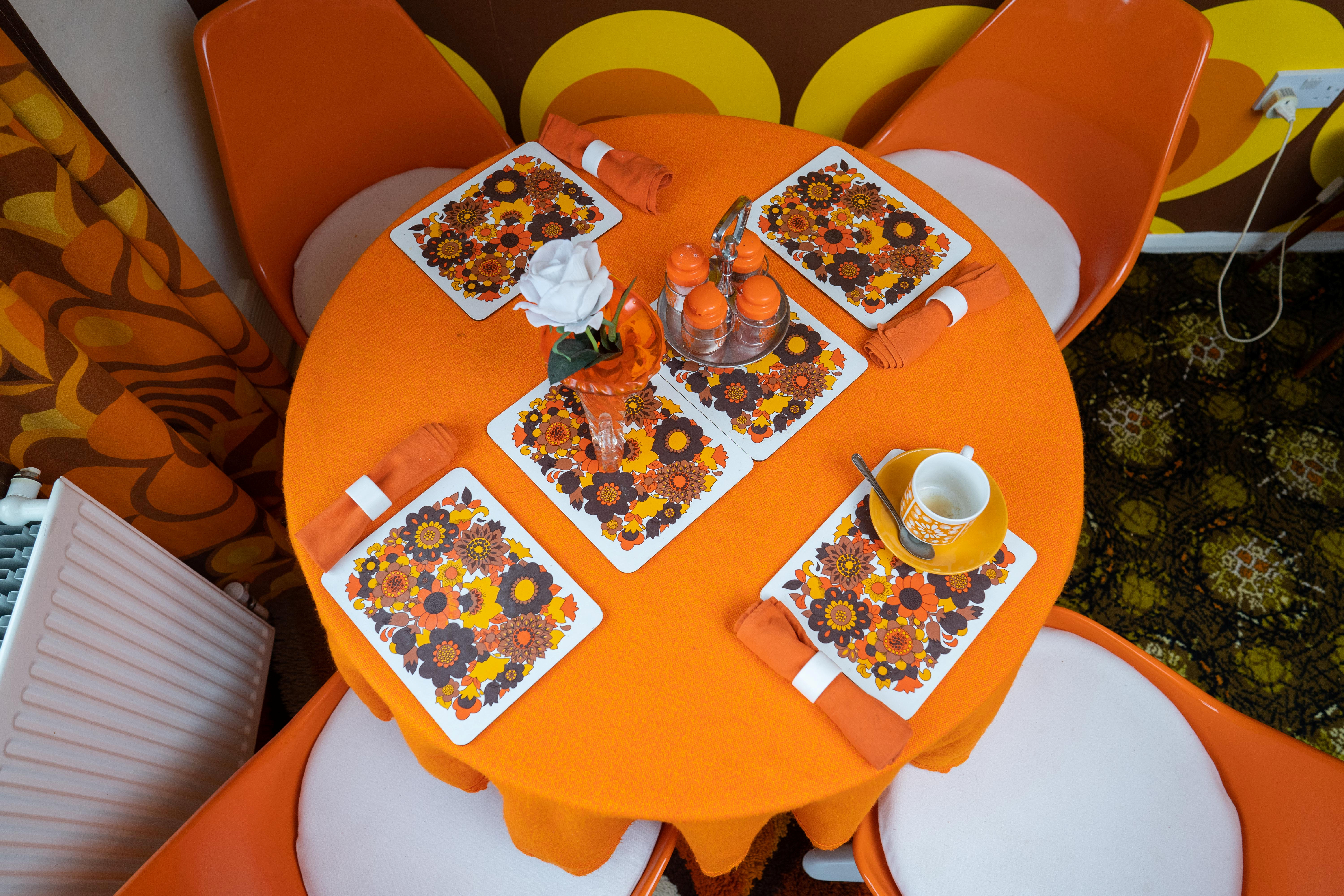 He said: "It is becoming quite popular and collectable now, the mid-century stuff and there is quite a big market for it.

"These things are still out there if you know where to look, I do use the internet a lot.

"The furthest I've had to travel to pick up bits and pieces is about 100 miles.

"Not everything from the seventies is functional these days.

"TV is one of them, I do have a brand new washing machine and modern oven and fridge freezer because we all need clean clothes and all need to eat properly. 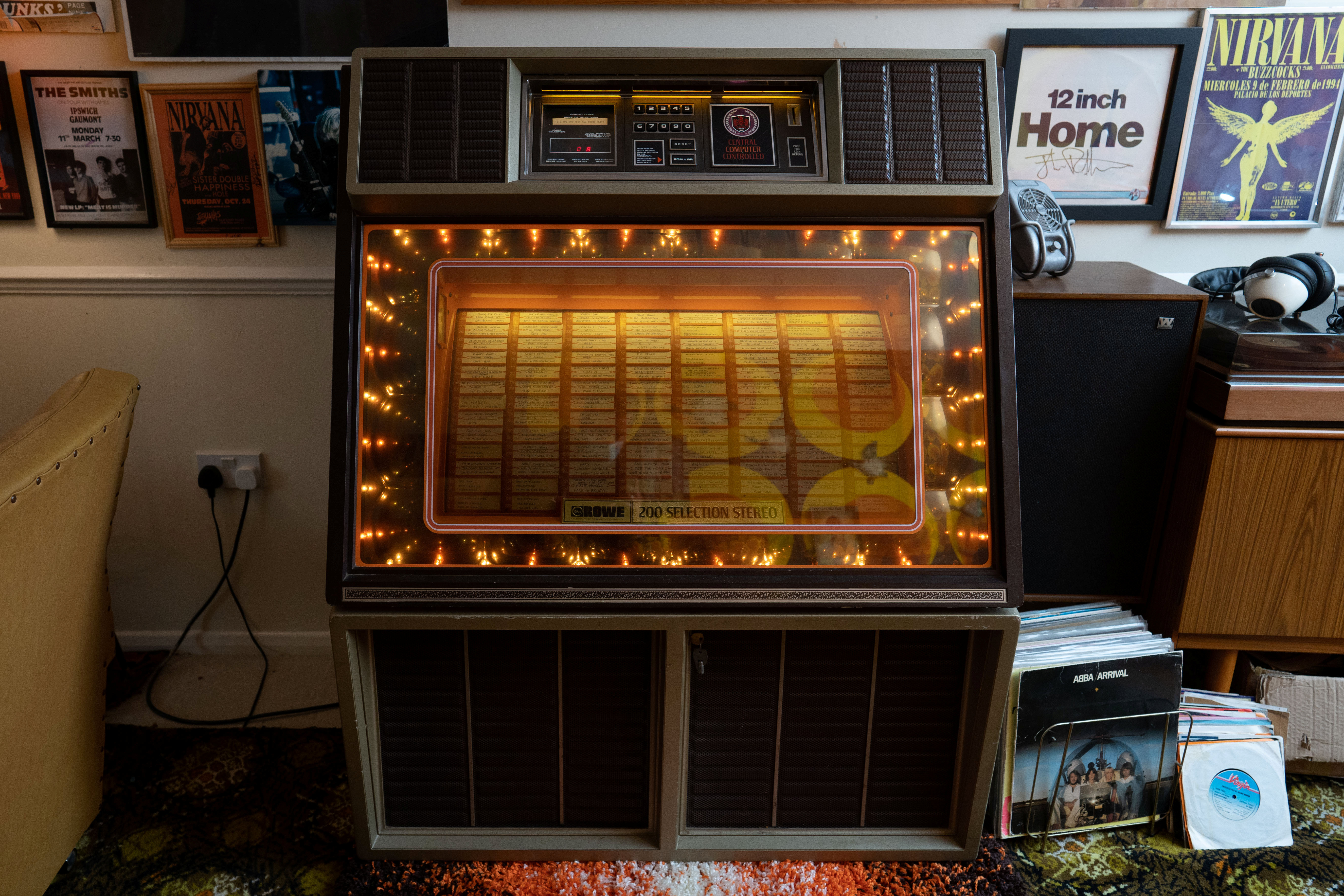 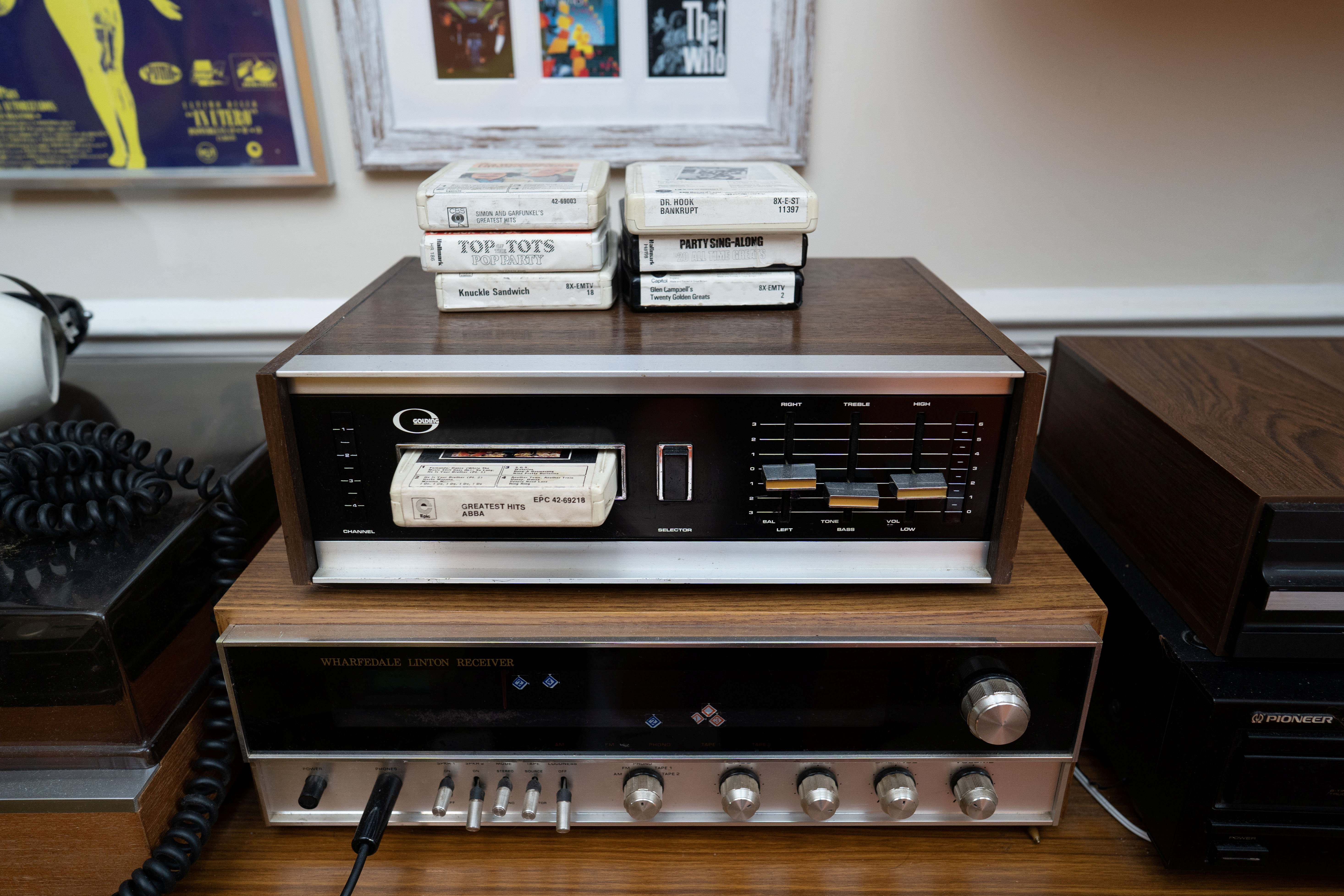 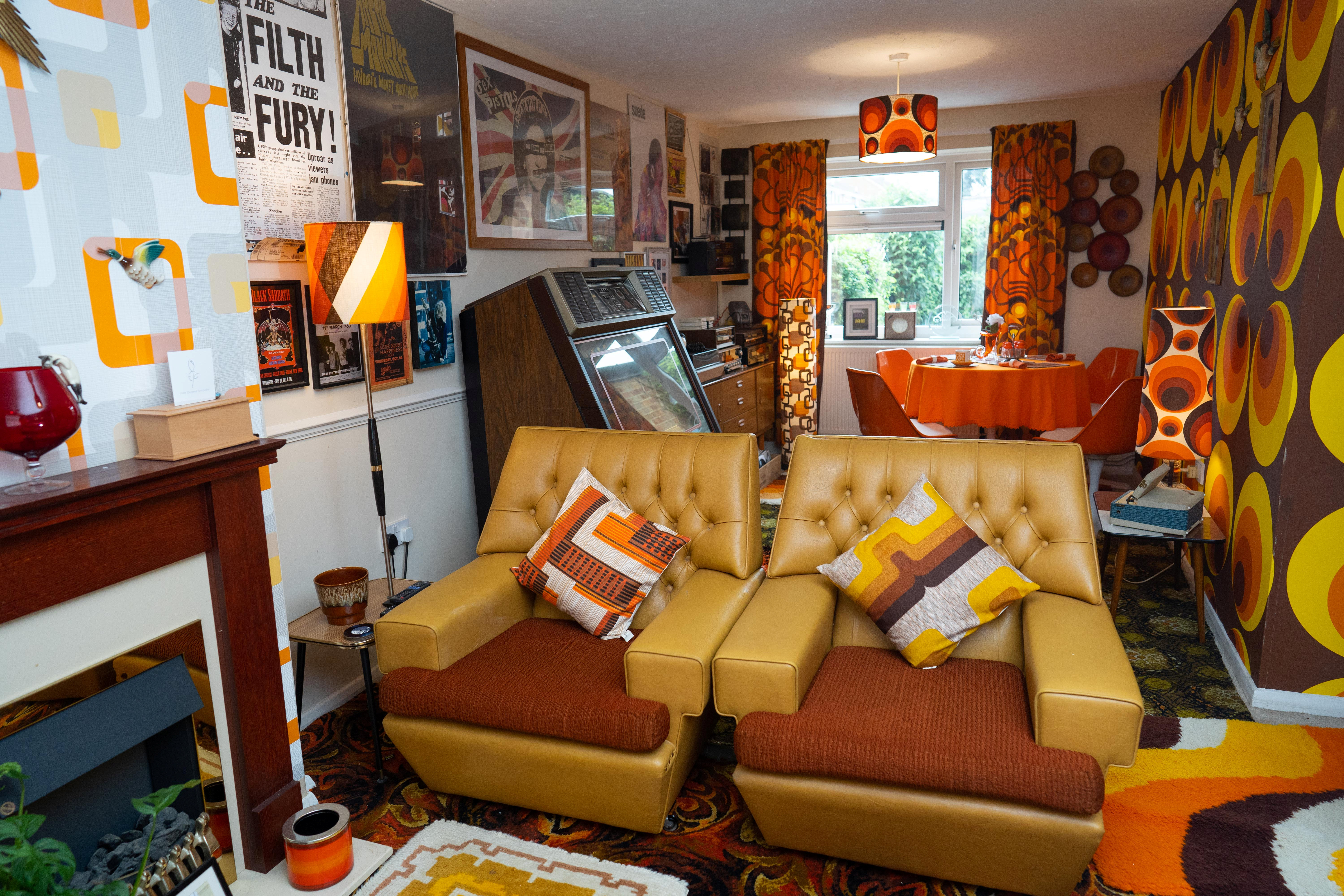 "There are some things you can't have from the seventies and use them.

"I'm still on the look out for an original seventies TV that someone has converted to digital if there is such a thing.

"I would be interested in finding one of those.

"The juke box works fine and plays really well with all of my records I've kept from the time like Abba, The Carpenters, very early Pink Floyd, Queen, REM.

"All the cheesy seventies stuff is in there.

Martin is now planning to refurbish his bathroom with classic avocado-green bath, toilet and sink. 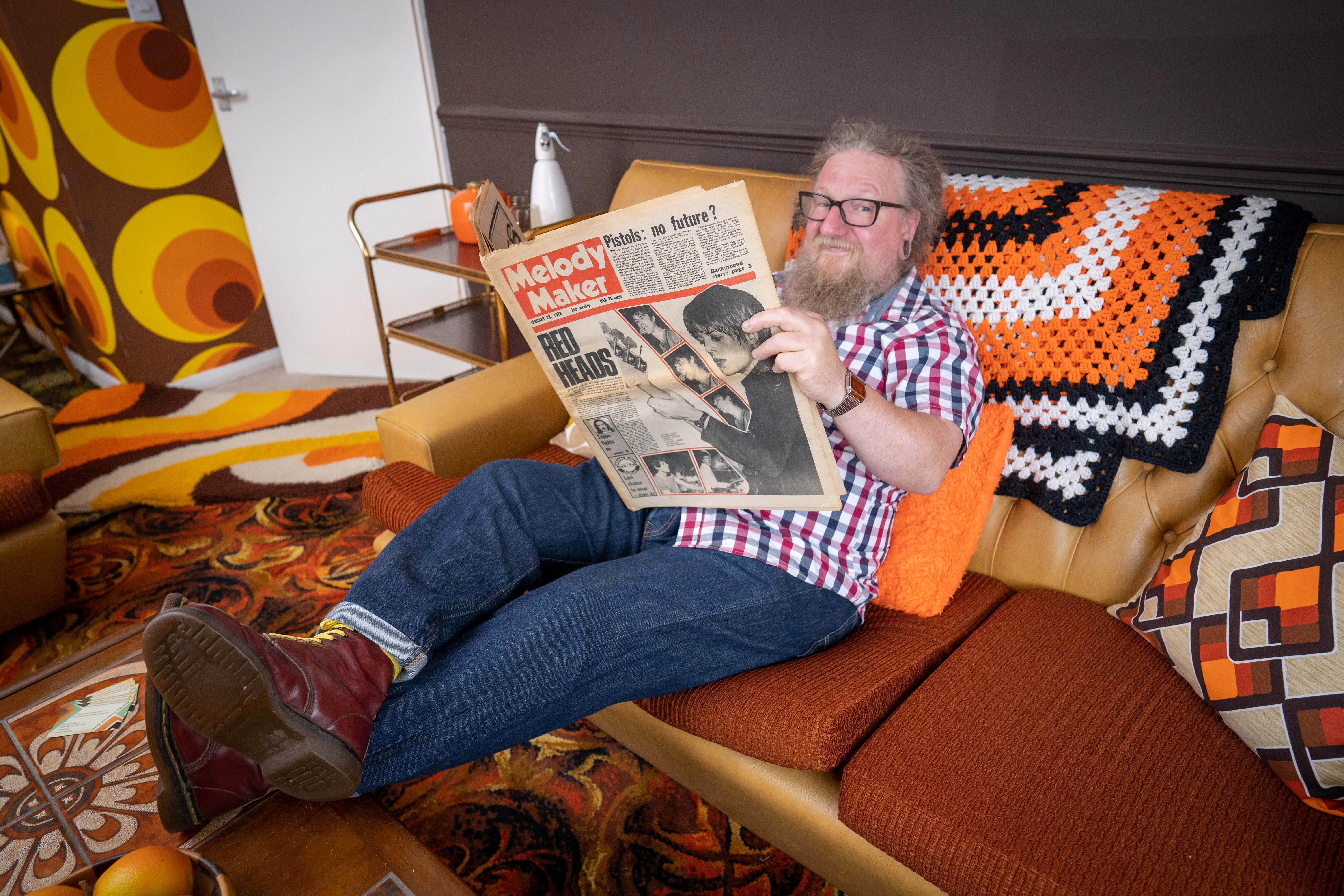 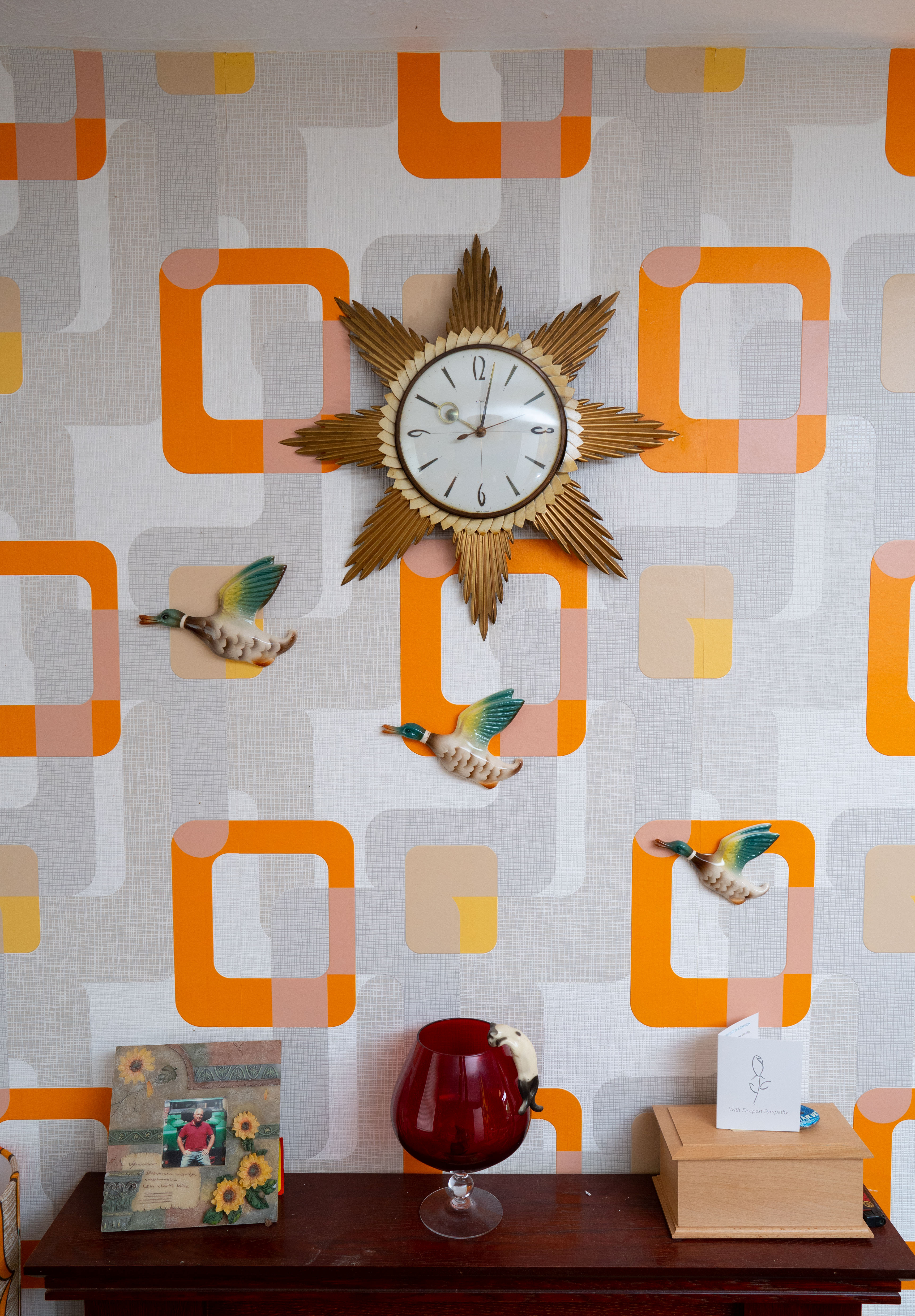 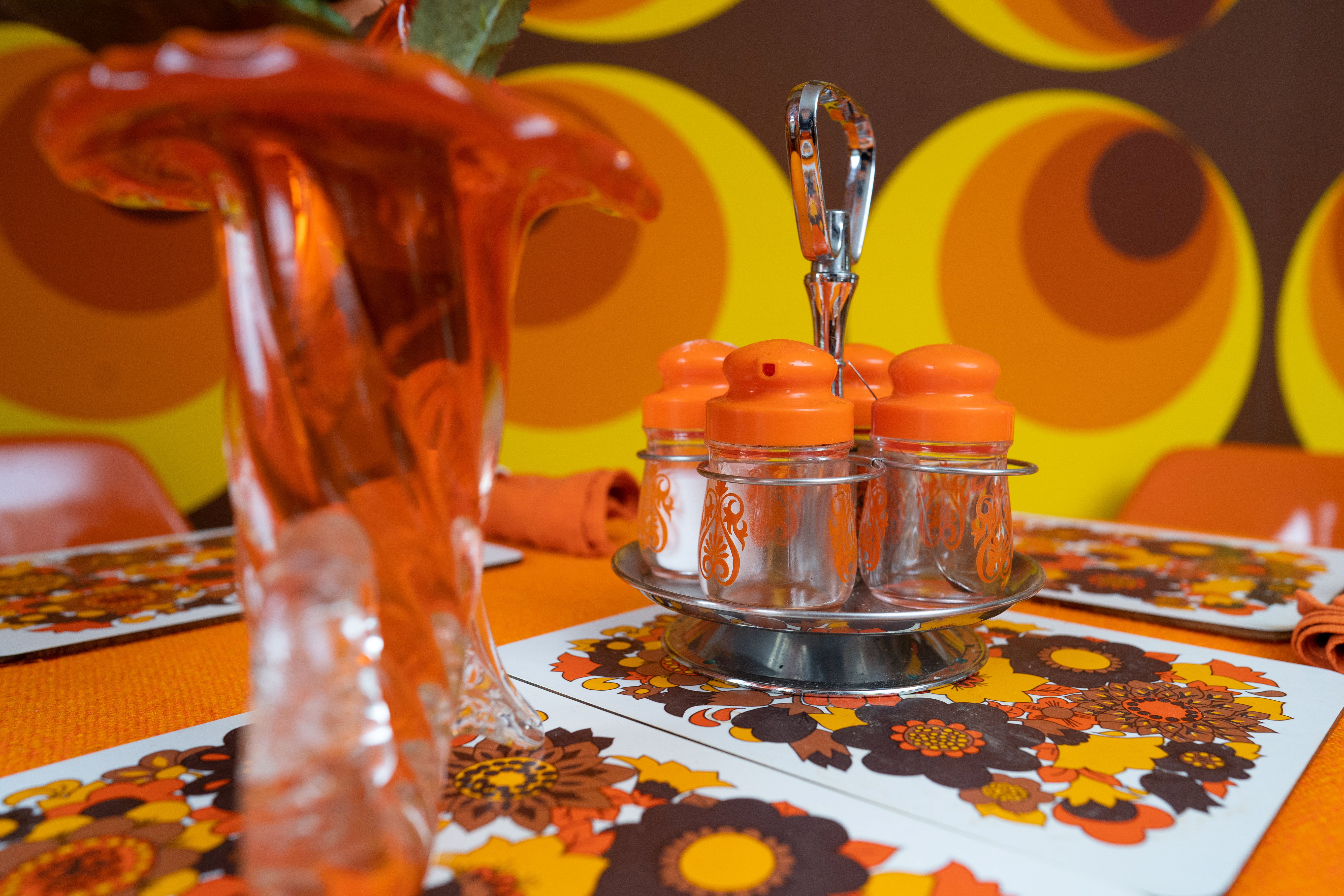