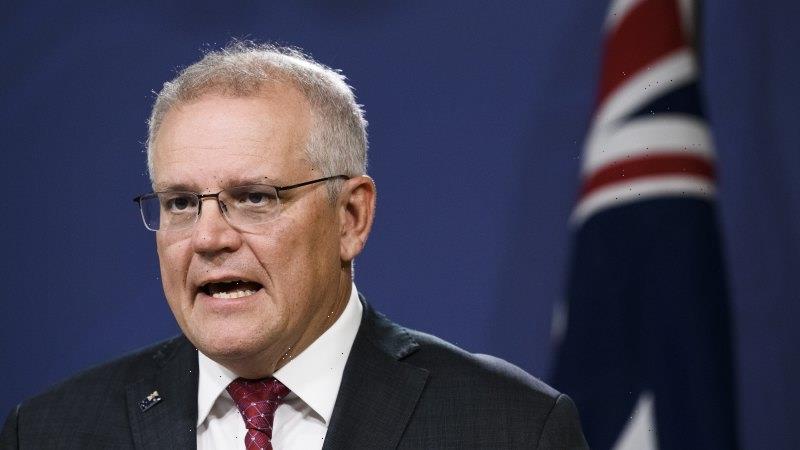 Prime Minister Scott Morrison has revealed Victoria’s “detailed and comprehensive proposal” to build a cabin-style quarantine site in Melbourne’s north is being assessed by the Commonwealth, as pressure mounts on his government to improve arrangements for returned travellers.

On Tuesday the Australian Medical Association slammed the controversial order threatening Australians returning from coronavirus-ravaged India with hefty fines and jail, and called for hotel quarantine arrangements to be urgently improved and alternatives considered. 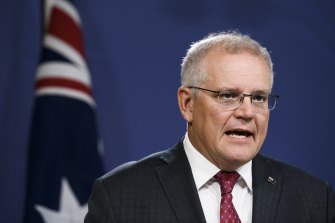 Mr Morrison said while there was a question mark over how much money the federal government was willing to commit to Victoria’s proposed 500-bed facility slated for Commonwealth land in Mickleham, “we will look at that in good faith”.

“I welcome the fact that the Victorian government understands that in any facilities when it comes to enforcing their public health orders, which is the quarantine order, that they would be running the operations and providing the support for those facilities to operate,” he said.

The Victorian government recently committed $15 million to planning the facility as an alternative to hotel quarantine, but it called for the Commonwealth to pick up most of the bill, an estimated $200 million.

On Tuesday the AMA wrote to the Prime Minister and Health Minister Greg Hunt asking them to immediately overturn the order that threatens Australians returning from India with hefty fines and jail, calling it an “overreach”. The medical body had not previously formalised its position on the measure, which was implemented in addition to a flight ban and was widely condemned since news of it broke on Saturday.

AMA president Omar Khorshid said the order was seen by the medical profession as “mean-spirited at a time when Australia should, in fact, be aiding India by bringing Australians home in order to avoid further burden on its collapsing health system”.

Dr Khorshid said, given the existing flight restrictions, he did not think the emergency determination under the Biosecurity Act was necessary to reduce the number of returned travellers from India, which is in the grips of a COVID-19 catastrophe.

“The order to fine or jail Australians travelling to their home country is unprecedented and should be revoked today,” he said.

“We don’t believe is necessary. It is an overreach. The flight ban should reduce numbers of people coming to a point where quarantine can cope, and if people are able to get back from India another way, it’s not the end of the world and Australia can still look after them in hotel quarantine.

“I don’t believe government are trying to be racist, I believe they are trying to protect Australians, but this has been a move that we don’t support, and we are asking for it to be withdrawn.”

Mr Morrison said jailing or fining Australians who somehow make their way back from India during the flight ban is “highly unlikely”.

“I think the likelihood of any of that occurring is pretty much zero,” he told Nine’s Today show.

But in practice, the determination means people who enter Australia within 14 days of being in India could face years of jail time or a fine of up to $66,000.

The Prime Minister said the ban was to prevent the government from having to restrict flights from other parts of the world.

“If we hadn’t done that, then we were at risk of having to shut off the flights from Doha and the Emirates and from other places, even potentially out of Japan. That would have prevented other Australians coming home,” he said.

Mr Morrison said the federal government had already invested in a national quarantine facility, spending $500 million on the Howard Springs facility in Darwin. The capacity of that site will increase from 850 to 2000 by the end of May.

“I won’t have it said that the Commonwealth is not doing its fair share of the heavy lifting when it comes to putting those facilities in place. We have done that. That’s where we will be bringing those Australians home from India,” he said. “States are doing their job. They have a 99.99 per cent success rate in preventing breaches in their hotel quarantine. Howard Springs has 100 per cent. I am hoping we can keep that.”

India is reporting more than 360,000 new cases of COVID-19 and thousands of deaths daily, but the official figures are widely suspected to be an underestimation.

Dr Khorshid said he believed the separate measure of a temporary ban on flights from India was reasonable due to the weakness in Australia’s hotel quarantine system, but he called on the federal government to commit to the repatriation of vulnerable Australians from India at the end of the travel ban, due to be reconsidered on May 15.

He said planning for alternatives for hotel quarantine must begin immediately.

Dr Khorshid said he was yet to receive information from the federal government about any work it was doing to repatriate Australians from India following the pause on travel.

“We want to make sure that the government is committed to bringing Australians back who are exposed to this terrible pandemic,” he said.

“Because the reality is, if you catch COVID in India, you may not receive even some of the basic medical care such as oxygen. And if you don’t receive that, you have a much higher chance of dying from the disease, and that just would not happen in Australia.”

The AMA and infectious disease experts have slammed the failure of Australian governments to improve the safety of the country’s hotel quarantine system so it can manage higher numbers of coronavirus cases.

Former Australian cricketer Michael Slater, who had been in India commentating for the Indian Premier League but has flown to the Maldives as he waits to return home, has accused the Prime Minister of having blood on his hands for banning Australians from returning home.

“How about you sort out quarantine system,” he wrote on Twitter. “I had government permission to work on the IPL but I now have government neglect.”

Dr Khorshid is set to speak to the Indian Medical Association on Tuesday night to establish what assistance the Australian medical profession can lend.