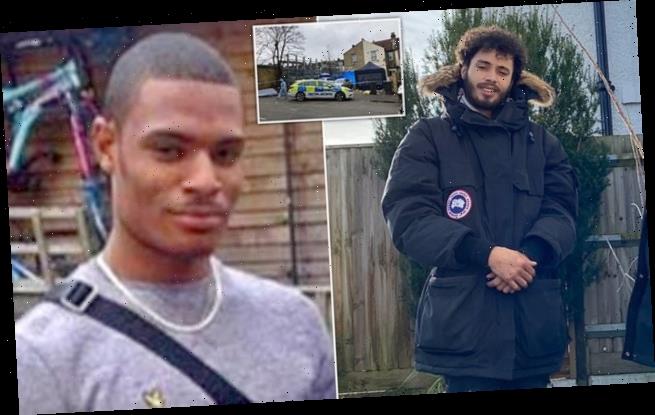 A suspect held after a young man was stabbed to death at a vigil for another knife murder victim is being hunted after he attacked police and fled from hospital.

The man in his thirties was one of two suspects arrested on suspicion of the murder of 23-year-old Reece Young in Croydon, south London, on Tuesday night [March 30].

Mr Young was fatally stabbed when a fight broke out at a vigil in memory of 19-year-old music student Tai O’Donnell who was knifed to death in Croydon on March 3rd this year. 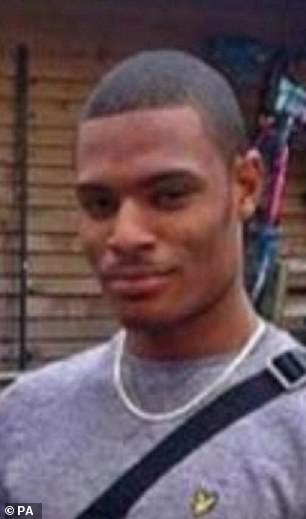 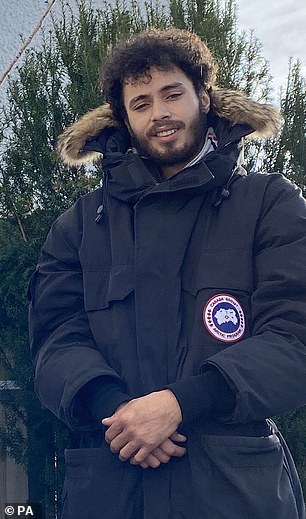 Reece Young, pictured left, was stabbed to death at a vigil held to commemorate stabbing victim Tai O’Donnell, right, who was knifed to death in Croydon on March 3 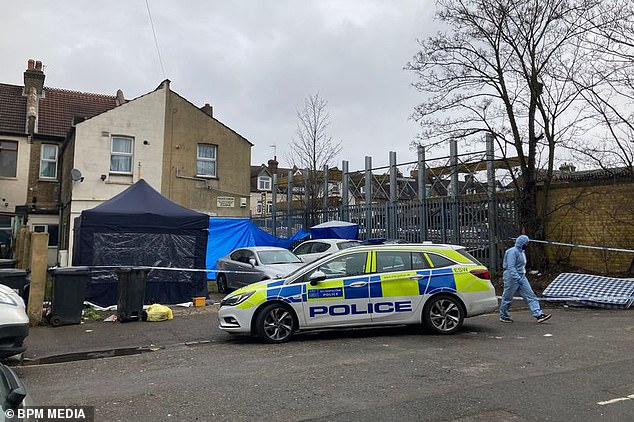 Mr Young was stabbed to death on Alpha Road, Croydon on March 30, pictured

Police and paramedics were called to reports of three men fighting at around 9pm on Tuesday.

Mr Young was pronounced dead at the scene. His family have been informed and are being supported by specialist officers.

Two men took themselves to hospital with serious knife wounds after fleeing the scene in a vehicle before police arrived.

It is believed they were injured during the same fight that in which Mr Young was killed.

But when police arrived at the hospital and arrested both men on suspicion of murder, one of them assaulted the officers and NHS staff before fleeing.

A 33-year-old man who was also arrested remains in hospital where he is being treated for non-life threatening injuries.

He said: ‘We believe this incident was witnessed by a number of people.

‘They had gathered for a small vigil in remembrance of another recent fatal stabbing victim when an altercation began.

‘Some of those people have already spoken to police, but I believe there are others who captured images and videos of what happened.

‘I need those people to contact us immediately. The information they have could prove vital in establishing the chain of events that has led to a young man losing his life.

‘One arrest has been made and my team are working with colleagues across the Met to establish the whereabouts of the second man.

‘We believe he suffered injuries that require urgent medical attention. He is urged to make contact with us immediately.’

The triple stabbing took place on Alpha Road, the same street where Mr O’Donnell was fatally stabbed. A woman has been charged with his murder and remains in custody.

Multiple attacks also took place in Croydon on February 5 with 10 stabbings in the space of two hours, leaving one man dead and 10 others left injured.

No official link has been made by police between these stabbings and Mr Young’s murder.