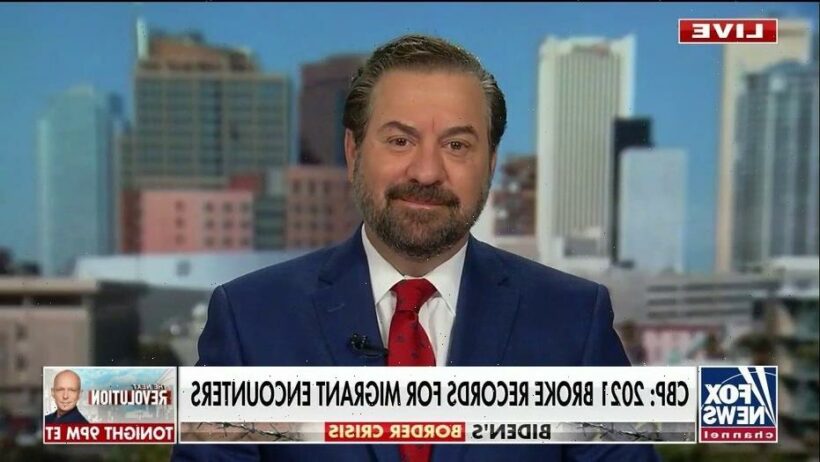 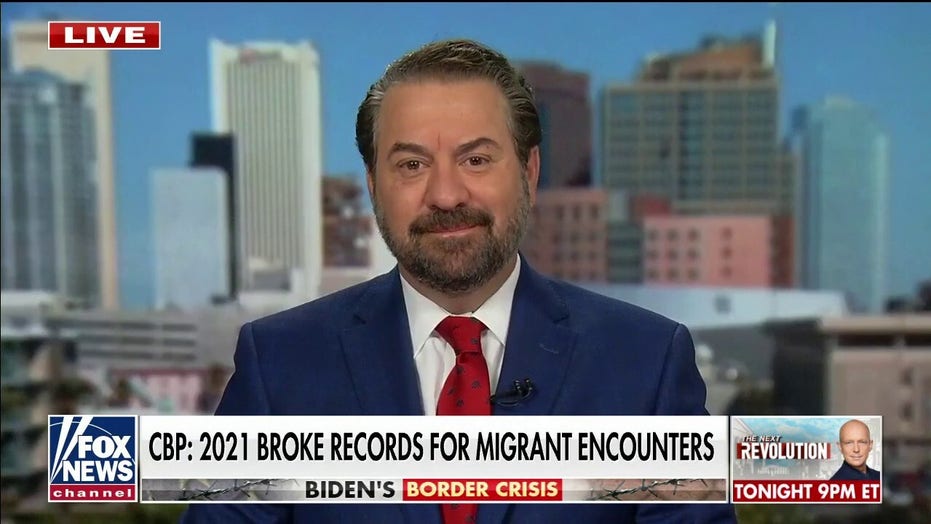 Arizona AG on record migrant encounters in 2021: ‘This is coming to everyone’s neighborhood’

Police officers recorded the highest number of on-duty deaths in 2021, compounding the challenges departments and officers have faced this year.

Estimates for the year range between 358 and 477 officers killed in the line of duty, but both numbers show a significant increase over previous years by about 30%.

The cause of death remained fairly varied, but COVID-19 accounted for the bulk of fatalities with 67% of deaths in 2021, according to the Officer Down Memorial Page. 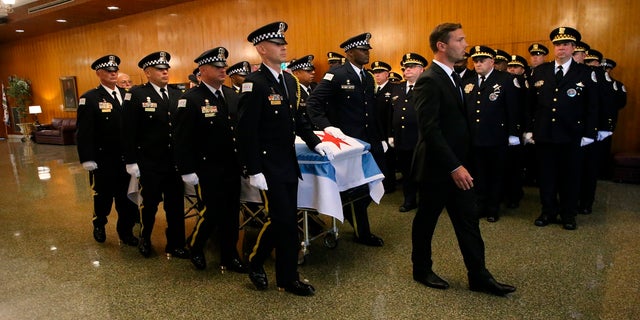 The casket of Chicago police Officer Ella French is brought through the vestibule before the funeral service for French on Thursday, Aug. 19, 2021, at St. Rita of Cascia Shrine Chapel  in Chicago.  French was killed and her partner was seriously wounded during an Aug. 7 traffic stop on the city’s South Side.
((Antonio Perez/Chicago Tribune via AP, Pool)

The Fraternal Order of Police (FOP) revealed earlier this month that 58 officers had been murdered as of Nov. 30, with 314 officers shot overall – a small increase from last year but up by 20 incidents from 2019. The data also shows that ambush-style attacks on law enforcement officers spiked 126% from the same time last year.

FOP tweeted the information along with a message that “ENOUGH IS ENOUGH.”

A state-by-state breakdown showed Texas with the most officers shot in the line of duty at 42, followed by Illinois at 25 and California at 21, according to The New York Post.

Some have cited the spike in crime this year as a significant contributing factor.

“It’s terrible to every morning get up and have to go look at the numbers and then look at the news and see the stories,” Philadelphia Mayor Jim Kenney said of the new record. “It’s just crazy. It’s just crazy and this needs to stop.”

The FBI reported in November that unprovoked attacks against officers, in which they had no official contact with the offender prior to the attack, “continued to outpace all other circumstances of felonious officer deaths.”

Critics have pointed to bail reform and changes to how cities handle certain crimes as exacerbating factors.

Los Angeles District Attorney George Gascon has come under increasing scrutiny since taking office last year over his progressive policies critics say are too soft on crime, most prominently for his zero-bail policy designed to reduce the jail population as the COVID-19 pandemic took hold in the United States.

“There are individuals in communities that look at that as a lack of consequences, a lack of deterrence and open season in which to go and commit these types of crimes,” he told KNX Radio on Monday. “The crisis during COVID, while well-intended, the impact it had on the criminal justice system was significant and severe that it’s developing another crisis in public safety.”