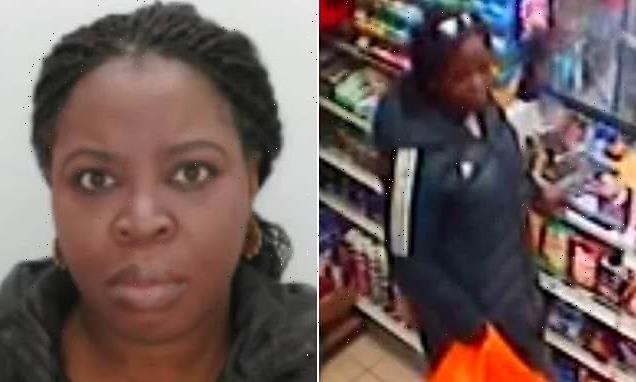 Police have released CCTV footage of the last time a ‘vulnerable’ woman was seen, as police and her family are becoming increasingly concerned for her welfare.

She was in a shop in Crayford Road, Dartford, close to the junction with London Road, at around 2.27pm.

Footage from a CCTV camera in the shop shows Ms Balogun holding an orange carrier bag while she is served at the counter. 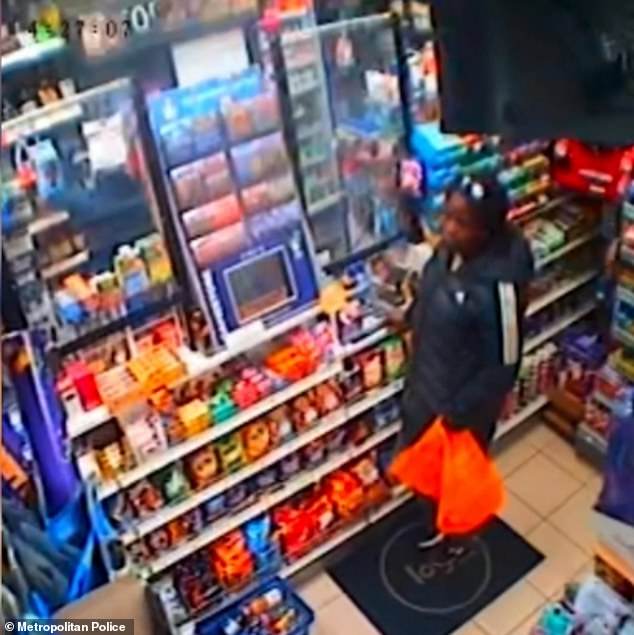 Footage from a CCTV camera in the shop shows Ms Balogun holding an orange carrier bag while she is served at the counter. 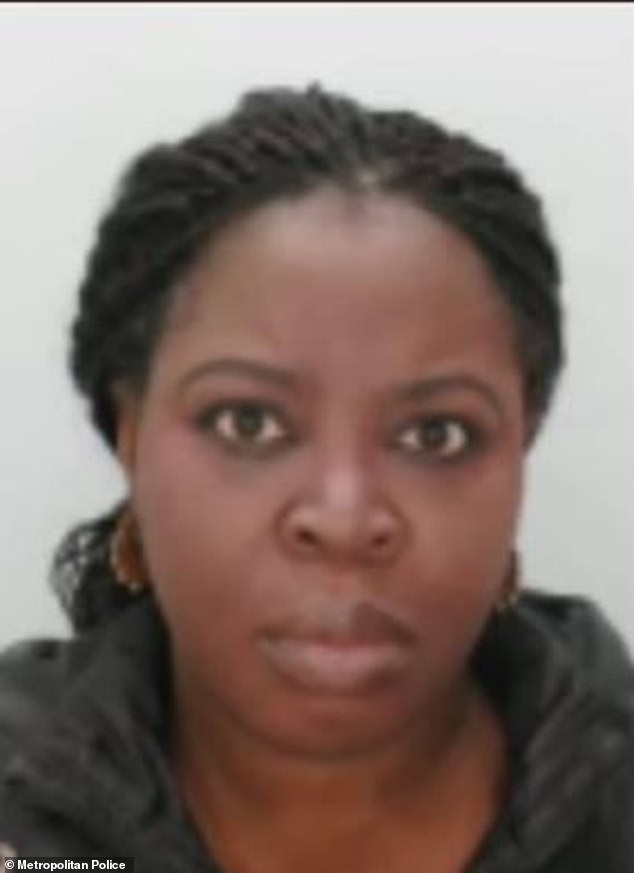 In the video, she appears to point to the Lottery stand, to which then the shop assistant hands her over an orange ticket.

She then briefly looks at the ticket as she exits the shop.

Ms Balogun is described as 5ft 9ins tall and has braided hair.

When she was last seen, Ms Balogun was wearing a black jacket with vertical stripes down the arms, dark trousers and black and white trainers.

In a statement, Ms Balogun’s family said: ‘We are very worried about our mum. She is greatly loved and a massive part of our lives. We want nothing more than to have our mum at home with us safe and well.

‘If anyone has seen or knows where she is, please can you make contact with the police. Any information could help find her.’ 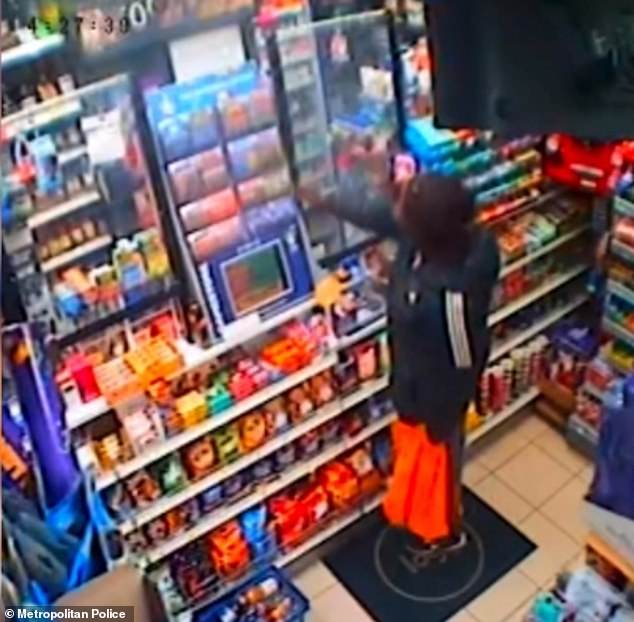 In the video, Ms Balogun appears to point to the Lottery stand as she stands at the counter 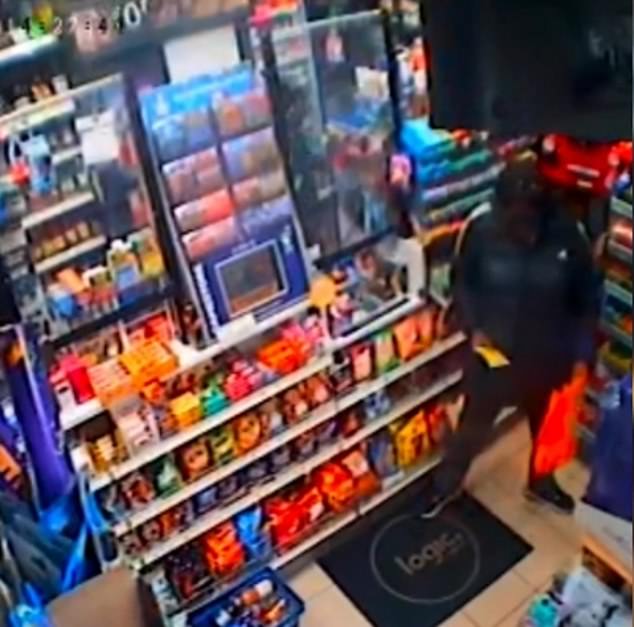 The shop assistant then appears to hand her an orange ticket, as Ms Balogun looks at it before exiting the shop

Police have said that although there is no indication that she has been harmed by someone else, she is considered as vulnerable and that there is a reason that she could be a risk to herself.

Officers are urging people who may have driven past at around that time to check their dashcam footage.

They have also encouraged business owners to check CCTV footage to see if they captured Ms Balogun walking past or entering their premises.