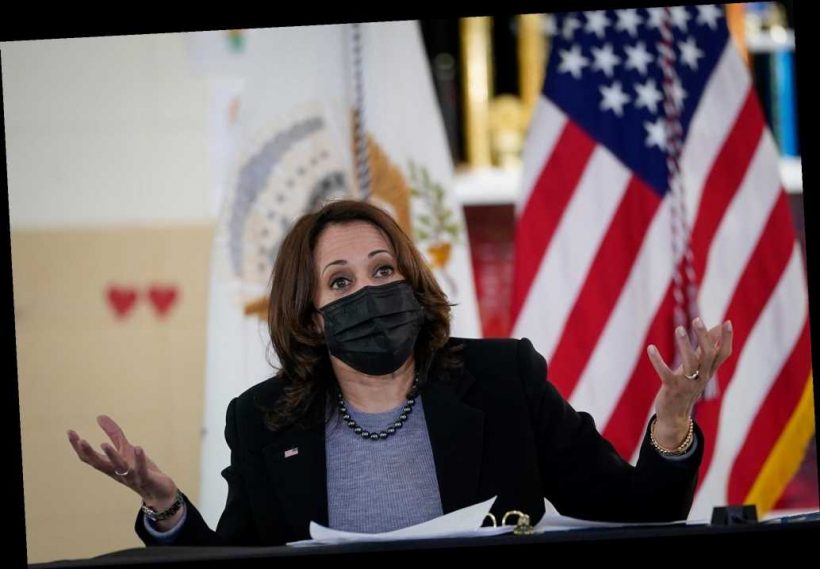 President Biden’s big announcement that Vice President Kamala Harris is in charge of the crisis at the US-Mexico border was apparently just some “confusion” — and she is merely tasked with addressing its “root causes,” White House press secretary Jen Psaki said Monday.

Psaki issued the stunning clarification less than a week after Biden told reporters that he was delegating one of the most pressing issues of his young presidency to the veep.

“The vice president of the United States will be helping lead that effort, specifically the root causes — not the border, there’s some confusion over that,” Psaki said during her daily press briefing.

Biden and Psaki have both pointed to violence, corruption, poverty and climate change as factors driving the tens of thousands of illegal migrants north from Central America, and argued that addressing those “root causes” will convince more would-be travelers to stay home.

Regardless of the specific focus of her border efforts, Harris is yet to begin taking meetings on the ongoing crisis.

Harris made no media appearances on any of the highly watched weekend news talk shows — even as lawmakers on both sides of the aisle made the rounds following their respective visits to the border.

And she also had no immigration meetings or public events slated for Monday, according to her daily schedule released by the Office of the Vice President.

The vice president’s team did not immediately respond to The Post’s request for comment.

The nitpicking over Harris’ precise role — as thousands of migrants continue to cross the border with little change in sight — did not sit well with Republican Tennessee Sen. Marsha Blackburn.

“The Administration is looking for any excuse to justify the failure of President Biden and Vice President Harris to visit the Southern border,” a Blackburn spokesman told The Post. “They created this crisis and now they refuse to acknowledge or address it.”

Biden has said that he would visit the border “at some point,” but refused to put a hard date on it, saying during his first presidential press briefing last week that he didn’t want to add to the media frenzy at the border.

Harris too has said that she would visit the border at some point, but not committed to a specific date.

“So now that Kamala Harris is in charge of the border crisis, can we finally get an answer on when she’ll visit the border? Or is she still laughing about it?” tweeted GOP Chairwoman Ronna McDaniel on Saturday, referencing Harris’ laughing response when recently asked about a border trip.

Even before the clarification of Harris’ role Monday, her assignment irked Republican leaders including McDaniel who noted that in 2018 Harris, then a senator representing border-adjacent California, likened Immigration and Customs Enforcement agents to the Ku Klux Klan.

“Now that Kamala Harris is Biden’s point person on the border, she should be asked if she still thinks ICE is like the KKK and whether illegal border crossings should be decriminalized,” wrote McDaniel in another Saturday tweet.