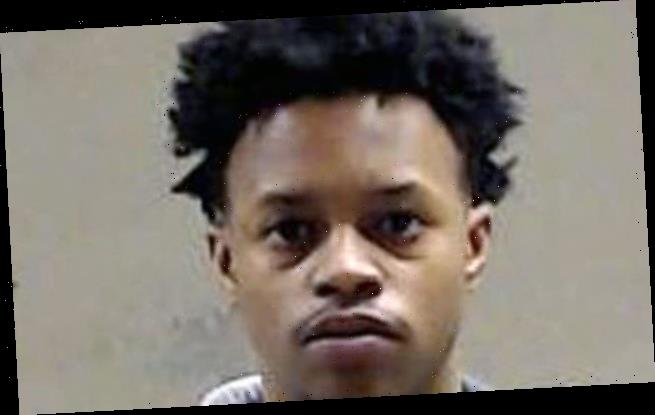 Whip/Nae Nae rapper Silento, 23, is charged with murder after ‘shooting his 34-year-old cousin in the face in Atlanta street’ 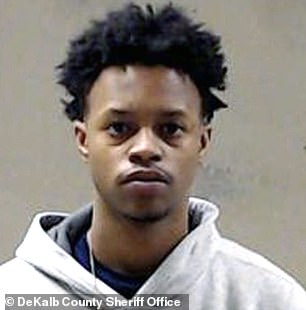 Atlanta rapper Silento, whose legal name is Ricky Hawk, was arrested Monday and charged with murder in the shooting death of his 34-year-old cousin

Silento, the Atlanta rapper best known for his hit song Watch Me (Whip/Nae Nae), was arrested on Monday and charged with murder in the shooting death of his cousin.

DeKalb County police said in a statement on Twitter that the 23-year-old rapper, whose legal name is Ricky Hawk, was arrested in that suburb of Atlanta.

He was booked into the county jail on a count of first-degree murder in connection with the January 21 death of 34-year-old Frederick Rooks.

Hawk was being held without bond early Tuesday.

The Atlanta Journal Constitution had reported previously that police responded to a call of shots fired on January 21 about 3.30am in the community of Panthersville in DeKalb County. 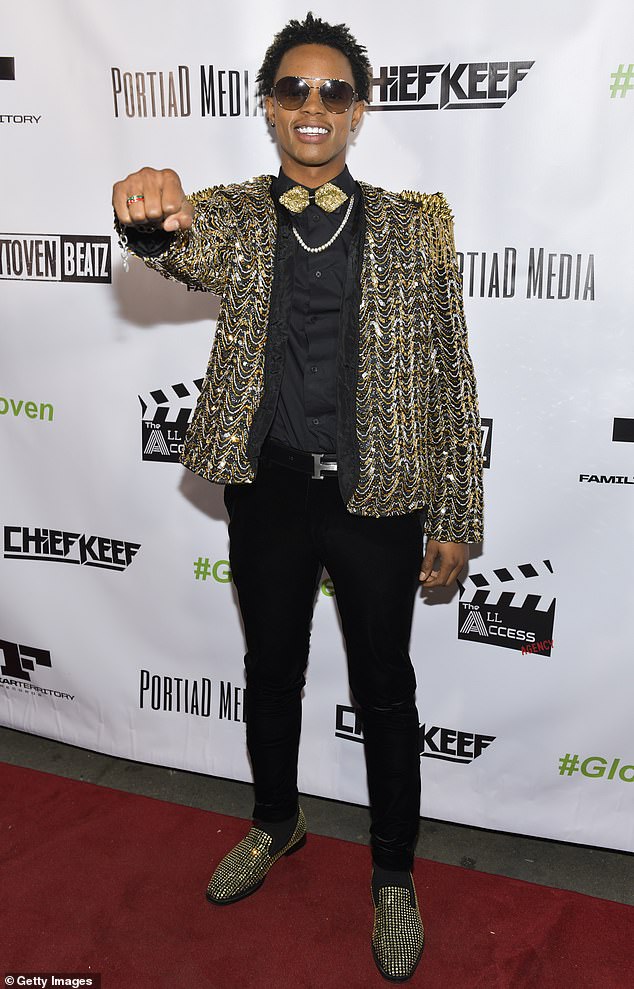 The outlet cited police as saying officers found Rooks dead with multiple gunshot wounds that night, including to his face and leg. He was pronounced dead at the scene on Deep Shoals Circle.

Detectives gathered security video from nearby homes. Footage showed multiple cars speeding away from the scene of the shooting, and it captured at least one gunshot. Eight bullet casings were recovered at  the scene, according to an incident report.

Police said they were still trying to determine a motive.

Hawk’s manager did not immediately respond to an emailed request for comment.

In October, the rapper was arrested for allegedly driving 143mph on Interstate 85. 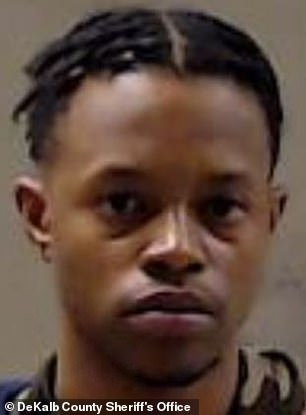 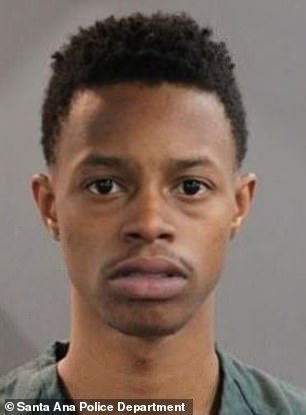 Legal woes: Hawk was arrested last October (left) after being observed allegedly driving 143mph on Interstate 85. A month prior, the rapper was arrested in California (right) for allegedly walking into strangers’ home and swinging a hatchet at them

Hawk was observed slowing down, changing lanes and swerving around slower vehicles in his 2020 BMW X3 sports SUV, according to a police report obtained by TMZ.

Initially, when pulled over, Hawk handed the officer his driver’s license while declaring, ‘We ain’t do nothing wrong.’

When questioned about why he was speeding, the rapper reportedly said he had just left a club after promoting a new song and was being followed.

The Georgia native went on to declare he had a right to drive at a high rate of speed.

‘If there is like 10 cars following me, I can do 143 because I am not a regular person and you could go and look on your computer and it would tell you that,’ the officer quoted Hawk as saying.

Hawk became a viral sensation in 2015 after releasing his debut song, Watch Me (Whip/Nae Nae), which spawned a dance craze

A month earlier, Hawk was charged with assault with a deadly weapon. The rapper was accused of walking into an unlocked stranger’s home in the Valley Village area of Los Angeles and swinging a hatchet at the two people inside before one of them disarmed him.

TMZ reported that the rapper was searching for his girlfriend, but later found out that he had entered the wrong house.

Prior to that arrest he was charged with inflicting corporal punishment on a spouse or cohabitant at a Santa Ana home on August 28.

Hawk made headlines in 2017 when he was briefly detained in Abu Dhabi amid claims he had failed to perform at two shows for which he was contracted.

The Georgia native’s biggest hit, Watch Me (Whip/Nae Nae) was released in 2015 and became a viral sensation, spawning an international dance craze.

The song climbed all the way to No 3 on the Billboard Hot 100 chart, and the official music video for Whip/Nae Nae has been viewed on YouTube more than 1.7billion times. Hawk’s most recent release was the single Swish on January 28.