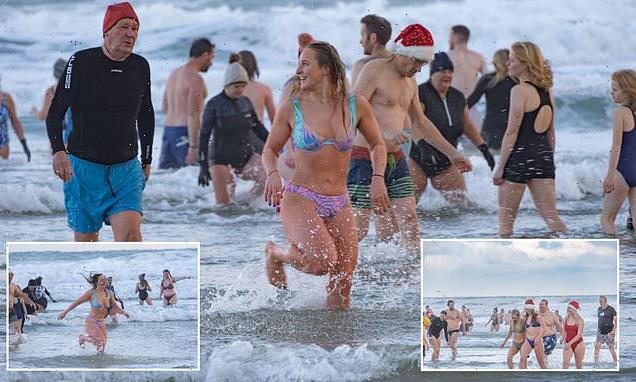 This’ll burn off those Christmas calories! Festive revellers mark Boxing Day with a dip at chilly Cornish beach where wetsuits are BANNED

Hundreds of hardy swimmers took the opportunity to burn off those Christmas calories as they charged into the sea for a Boxing Day dip.

Braving the barmy conditions, participants sporting Father Christmas hats and bikinis plunged into the chilly waters at Perranporth in northern Cornwall this morning.

Temperatures dipped to eight degrees Celcius. But despite the chill, the crowds remained enthusiastic, dashing across the beach and splashing in the icy waters.

The big dip is staged every year just after dawn, with many people refusing to wear a wet suit for protection while they sprint into the freezing surf.

It came little more than 24 hours after swimmers across the UK joined Christmas Day swims. In King Edwards’s Bay, in Tynemouth, North East England, hundreds of people joined the festive fun, with swimmers dressed up as elves, Santa and a reindeer.

There were similar scenes, too, at Serpentine in Hyde Park and Boscombe beach in Dorset, with swimmers decked out in festive costumes. 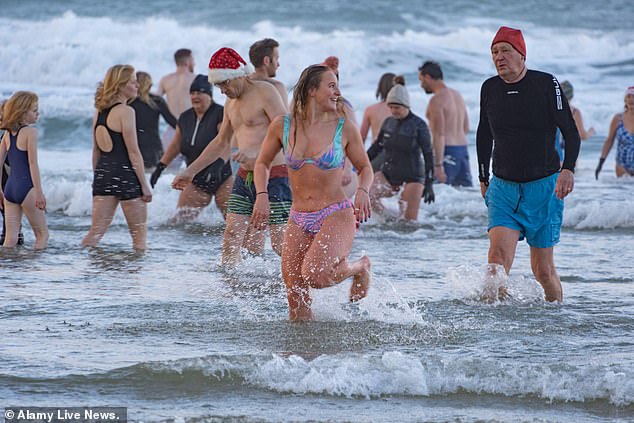 Hundreds of festive swimmers braved the icy waters of Perranporth beach in Cornwall for the Boxing Day plunge. Children, adults and pensioners all joined in the action – with some even wearing Father Christmas hats 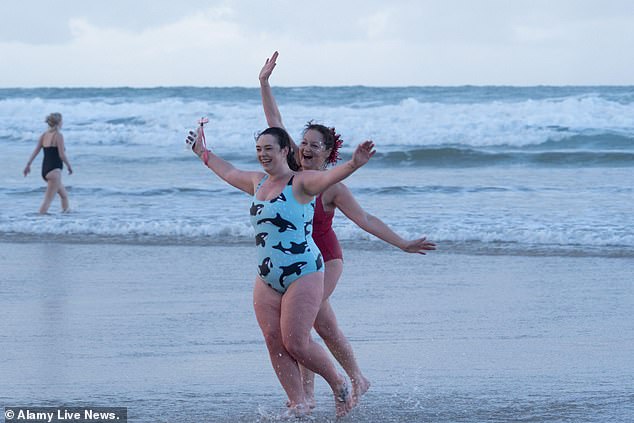 Despite the barmy temperatures, spirits were high – with this pair celebrating diving into the surf of the Cornish beauty spot on Boxing Day 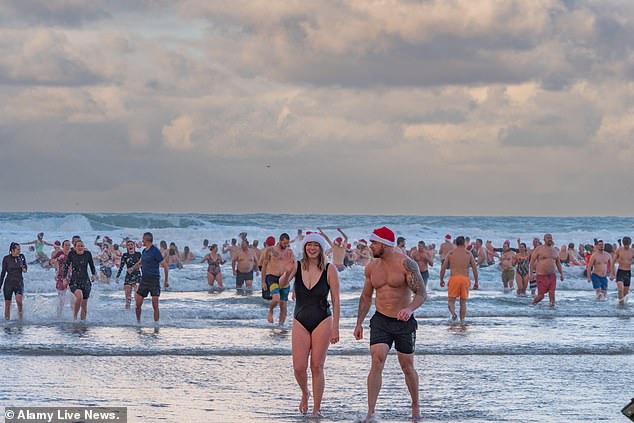 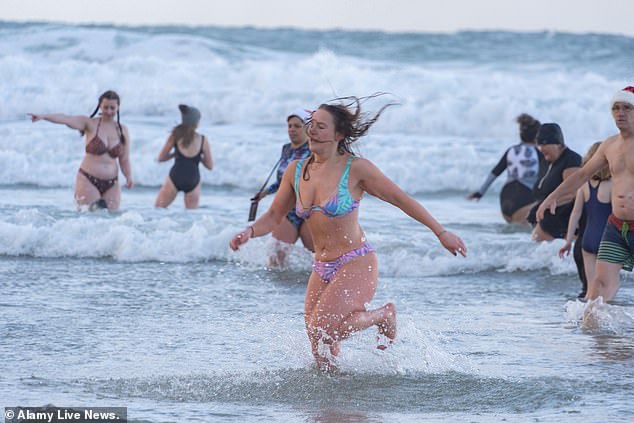 Participants braved the chilly sea without wetsuits, with many wearing just bikinis and swimming shorts during the Boxing Day bonanza 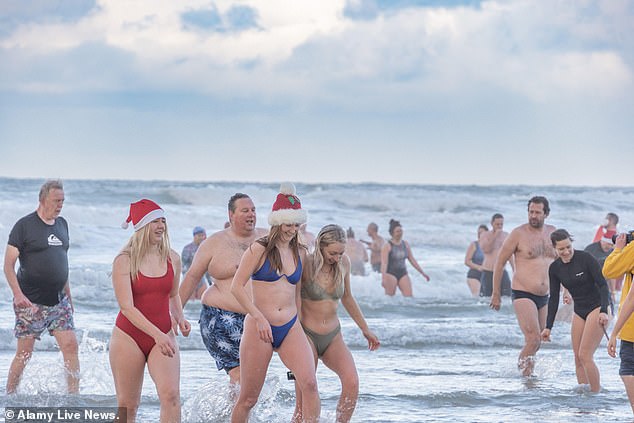 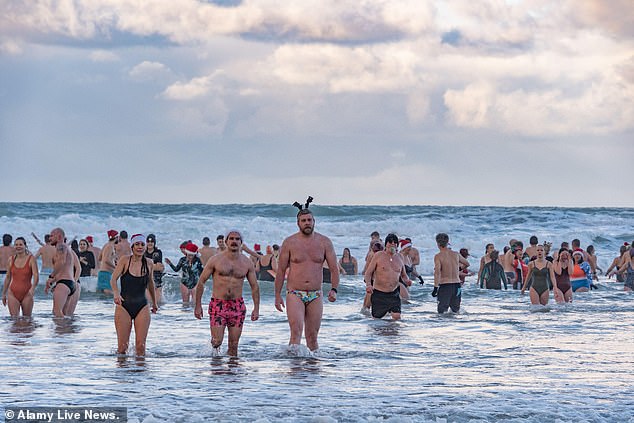 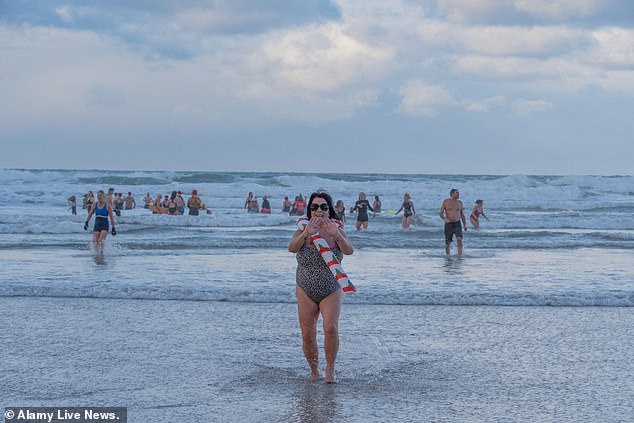 Wrapping up? One woman brought her own roll of wrapping paper during the Boxing Day swim at Perranporth in Cornwall – but it was unlikely to keep her warm in the chilly seaside waters