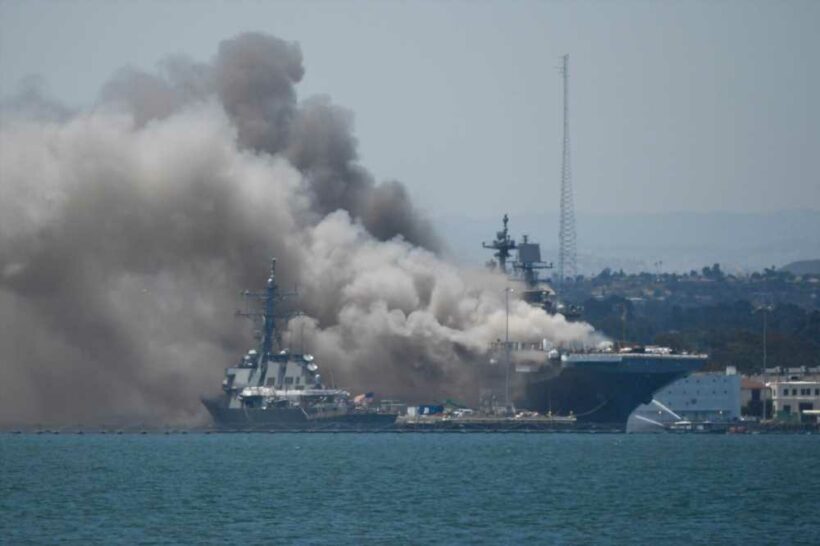 A US Navy sailor has been charged in connection with last year’s devastating fire on board the USS Bonhomme Richard, which burned for four days and forced the Pentagon to scrap the amphibious assault ship.

A statement from the Navy’s 3rd Fleet did not identify the sailor, but did say that the suspect was a member of the ship’s crew. Spokesperson Sean Robertson told the Associated Press the sailor was charged with aggravated arson and the willful hazarding of a vessel.

The Navy’s statement did not elaborate on the nature of the evidence against the sailor, nor did it mention any possible motive.

The 840-foot Bonhomme Richard had been nearing the end of a two-year upgrade estimated to cost $250 million when the fire broke out on July 12, 2020, at Naval Base San Diego.

The fire started in the ship’s lower storage area — where cardboard boxes, rags and other maintenance supplies were stored — and was fed by winds coming across San Diego Bay.

The flames spread up the elevator shafts and exhaust stacks, eventually destroying the ship’s forward mast and damaging its substructure. More than 60 sailors and civilians were treated for minor injuries, heat exhaustion and smoke inhalation.

In November, the Navy opted to decommission and scrap the ship, citing estimates that making the vessel seaworthy again would have taken up to seven years and cost more than $3 billion.