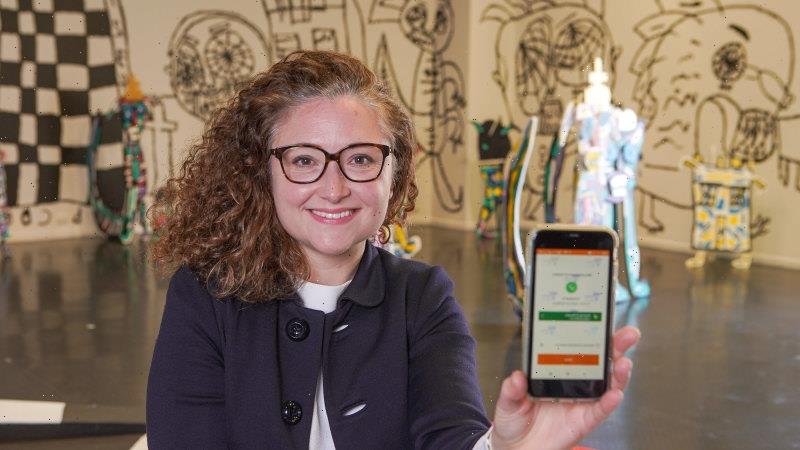 Regional venue operators who have joined a COVID-19 vaccine passport trial say the system ran smoothly on its first day, but the technology is set to come under greater pressure as more sites join the trial throughout the week.

Six venues across the state launched the new vaccine passport system on Monday, with about 10 more due to come online by Sunday. 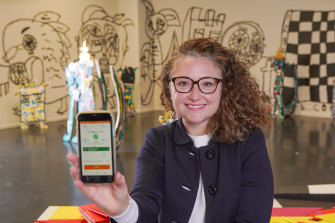 The system, which requires patrons to show they have been double vaccinated before they can enter a venue, is expected to form part of Victoria’s pathway to freedom from coronavirus restrictions.

Vaccine certificates will be linked to the Service Victoria smartphone app, so users can check in while confirming their double vaccinated status.

Warrnambool Art Gallery director Vanessa Gerrans said the technology had been seamless on Monday. She estimated about 100 people had used it throughout the day.

“Some people have been prepared, and they’ve got everything organised and linked up with their app,” she said. “And some people we’ve been assisting, but it’s happening pretty seamlessly.” 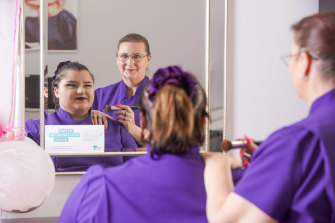 Darlings of Beauty co-owners Jenna Grove and Trish Howden were among the first businesses to launch the new vaccine passport system. Credit:Rob Gunstone

Darlings of Beauty part-owner Trish Howden said the system had also worked well in her Warrnambool salon, although only a handful of customers had used it.

The business had to turn three people away who had not been fully vaccinated.

“It’s still a positive thing because it will get better as people know to expect to be double vaccinated to come in,” she said.

“We are expecting quite a few people to come in and give us a hard time,” she said.

The first day of the vaccine passport trial came on Monday as Victoria recorded 1612 new cases of COVID-19 and eight deaths, taking the death toll from the current outbreak to 93.

More than 34,200 doses of vaccine were administered at state-run sites and thousands more at GPs and pharmacies on Sunday, bringing the state’s single-dose vaccination tally to 86 per cent.

The state government announced it was expanding the vaccine rollout to give Victorians aged over 60 access to mRNA vaccines such as Pfizer and Moderna at more than 60 state-run hubs. 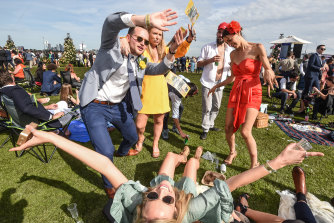 The Melbourne Cup in 2019. This year 10,000 double vaccinated racing fans will be allowed to attend the event. Credit:Justin McManus

Until this week, older Victorians only had access to the AstraZeneca vaccine unless they had an underlying health issue, with Pfizer and Moderna supplies reserved for younger people, due to very rare blood-clotting side effects.

As Victoria edges closer to reaching a double-dose rate of 70 and 80 per cent, Health Minister Martin Foley said the government remained confident it could deliver its reopening road map despite the rising case numbers.

“Having said that, we do not underestimate the challenge on both our primary care system and our public health,” he said.

After the government’s announcement that 10,000 racing fans will be able to attend the Melbourne Cup on November 2 if the state reaches its 80 per cent double dose threshold, Mr Foley defended the crowd capacity decision, despite household visits remaining off limits.

“What we have seen throughout the course of the pandemic is that it is in private settings that we let our guard down,” he said.

The Coalition slammed the move with Opposition Leader Matthew Guy questioning why children were unable to return to classroom learning when thousands of racegoers would be allowed at the Melbourne Cup.

“Our members have been calling just excited to attend be part of it” he said. 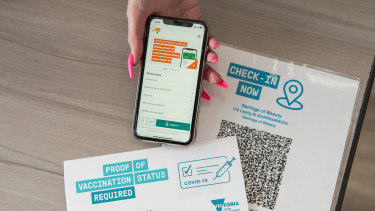 In Lakes Entrance, Lakes Squash and Movie Theatre owner Chris Fuhrmeister said he had no problem with making sure people were signing in correctly.

He said it was all part of moving beyond the pattern of lockdowns after his business had been “absolutely hammered”.

Mr Fuhrmeister said the trial would help ensure he could welcome audiences safely to his single-screen cinema.

“We’re looking more long-term to see where this is going to take us, so we can open up,” he said.

Mr Fuhrmeister said the trial would begin at his cinema on Monday night, although he expected small audience numbers with some people still reluctant to return to normal activities.