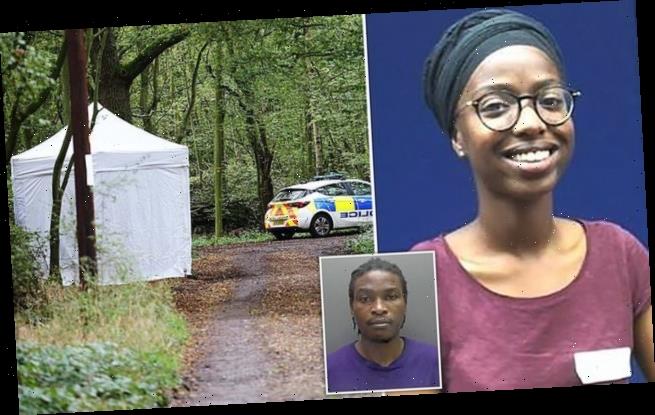 Student midwife Joy Morgan, 20, was given Ecstasy before she was murdered by fellow church member and buried in woodland, inquest reveals

Student midwife and murder victim Joy Morgan was given ecstasy before she was murdered by a fellow member of her church, who later buried her in woodland, an inquest has heard.

The University of Hertfordshire student, 20, was last seen alive on Boxing Day 2018, with her body only discovered after her murderer had been caught and convicted.

Shofah El Israel, a married man who had become obsessed with Joy, was jailed for life in August 2019. El Israel refused to tell police where he had left her remains.

The student’s body was eventually discovered by a dog walker in woodland in Norton Green, near Stevenage.

An inquest today heard it was impossible to give an exact cause of death, because Joy’s body was too decomposed when it was discovered. 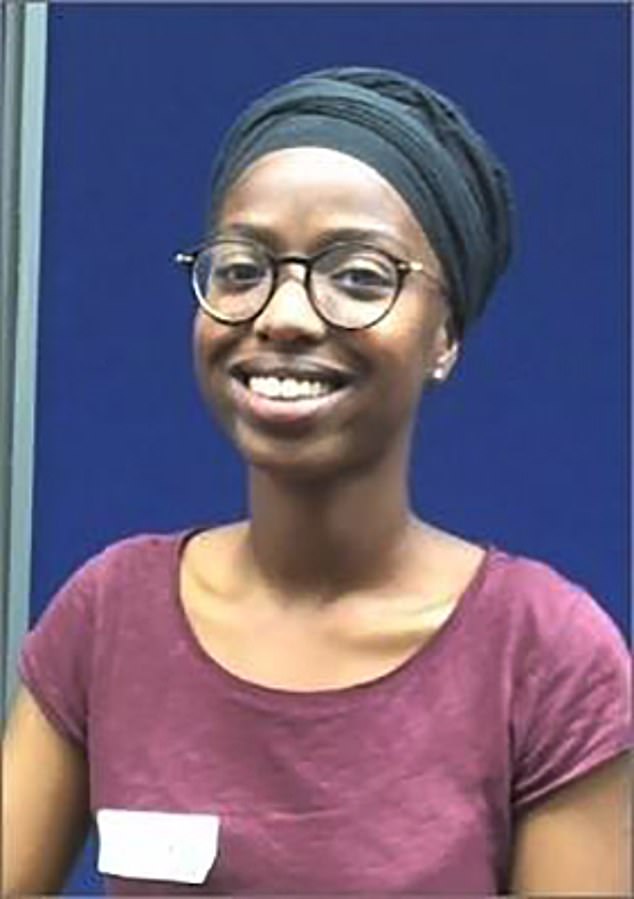 Joy Morgan’s body was found in October 2019 – 10 months after she disappeared after going to church in Ilford on Boxing Day. A coroner said no cause of death could be given, but established there was MDMA in her system before she died

The hearing had been told that such was the state of decomposition of her remains when they were found in woods nine months after her disappearance that it was impossible to say how she had been killed.

But recording his verdict Mr Sullivan said he was satisfied she had been unlawfully killed and he recorded a verdict was ‘unlawful killing.’

Joy, who was in her second year at the University of Hertfordshire where she was studying midwifery, was last seen on the night of Boxing Day 2018

She had earlier left her student accommodation in Aviation Way, Hatfield to attend a celebratory party at the Israel United in Christ Church in Ilford, East London.

She was a mainstay of the congregation and helped to run a children’s group there.

Her killer who lived in Cricklewood, north-west London, also attended the church.

In 2018 he had sent her messages calling her ‘an amazing princess’ and ‘a treasure that cannot be measured.’ 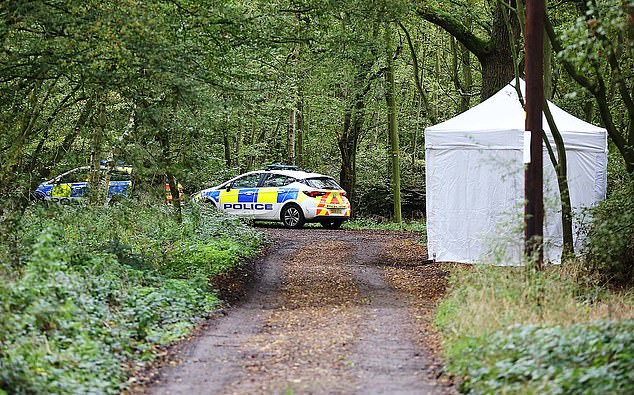 Joy’s remains were found in woodland in Stevenage in October 2019 – two months after her killer was jailed for life for her murder. Shofah-El Israel never told police where he buried her body

That night Joy was captured on video dancing joyously at the party where Shofah-El Israel was also present.

At the end of the night she was seen getting into his car.

The following day she was in contact with some university friends via WhatsApp discussing coursework.

After that she was never heard from again.

She failed to show up at university in the New Year, but because of the Christmas break she wasn’t reported missing until February 7 by her worried mother, Carol.

Within days detectives had arrested Shofah El Israel, who lived with his wife in Fordwych Road, Cricklewood.

There was growing concern for the student. Since her disappearance there had been no movement with her bank account and bank cards remained unused.

A signal from her phone which hadn’t been found was detected in his car in the Stevenage area on December 28.

Following his arrest, keys to her Hatfield accommodation were found in the footwell of his car.

Police discovered he had exchanged flirty messages with other church members before and after Joy’s disappearance using lines from a chat up manual.

He had also spent time alone with Joy in the December, breaching church rules which banned women from being with men other than their husbands.

At first Israel claimed that he had driven Joy back to her student accommodation in Hatfield after they left the party.

But cell site evidence showed that to be a lie and he had taken her instead to his home in Cricklewood. 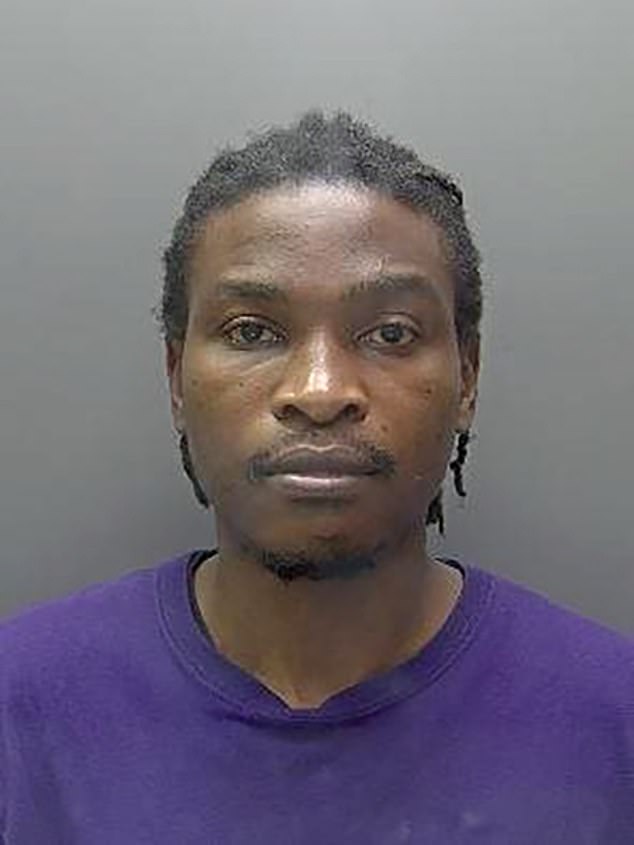 Israel, who was married to another woman when he murdered Joy, was branded ‘cruel and cowardly,’ by a judge as he was jailed for a minimum of 17 years in prison

More cell sight and ANPR evidence was gathered by detectives which showed he had driven to the Stevenage area shortly after Boxing Day.

Despite the fact Joy’s body still hadn’t been found detectives charged him with her murder at the end of February 2019.

That summer he went on trial at Reading crown court and was convicted by the jury of Joy’s murder.

Sentencing him to a minimum term of 17 years in prison, trial judge Michael Soole said Israel’s ‘cruel and cowardly’ refusal to reveal her whereabouts was causing ‘continuing distress and suffering to her family

He then told Israel: ‘Only you know the circumstances of your terrible deed and why you did it.’

In October of that year Joy’s remains were found in woodland off of Chadwell Road, Norton Green near Stevenage.

Part of the cell site evidence gathered by the police showed the killer had been in the area of the woods shortly after Joy’s disappearance.

Her body was wrapped in black plastic bin liners and gaffer tape and was badly decomposed. 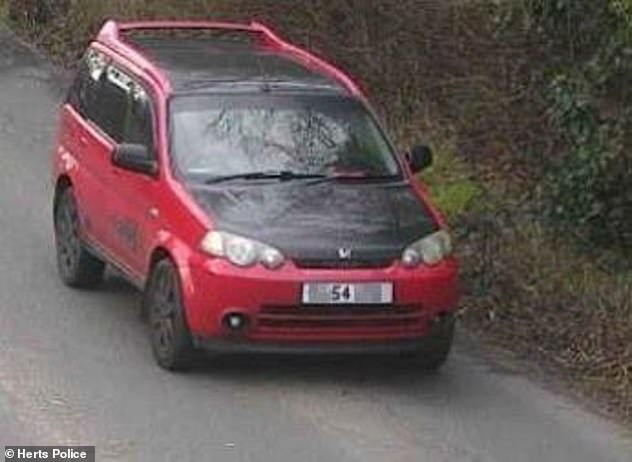 Israel claimed that he had driven Joy back to her student accommodation in Hatfield after they left the party. But cell site evidence showed that to be a lie and he had taken her instead to his home in Cricklewood. He later drove the car to the Stevenage area shortly after Boxing Day

The court was told the drug had been found in Israel’s car after his arrest in the February and there was no evidence that Joy, a keen church goer, would have taken the drug herself voluntarily.

Dr Randall said there were three possible minor bruises on Joy’s limbs and no evidence that she had been stabbed or shot or restrained or suffered injuries consistent with a sexual assault.

She said in Joy’s neck area she had found evidence of a possible fracture to her hyoid bone, but there was nothing to suggest she had suffered compression of the neck.

Doctor Randall said there was no evidence the student had suffered a head injury, but she said she could have been rendered unconscious by a blow to the head that was ‘non fatal’

The doctors said she couldn’t rule out the the possibility that Joy had been smothered or that that the ecstasy given to her by Israel had left her unconscious and incapacitated.