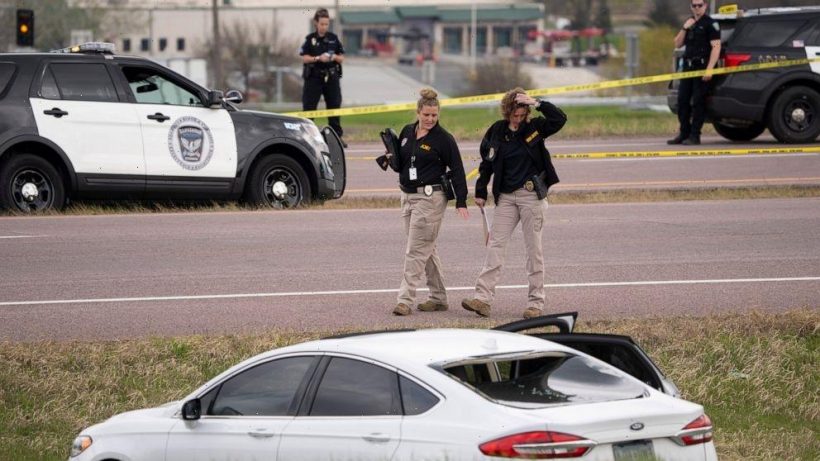 BURNSVILLE, Minn. — Police in suburban Minneapolis shot and killed a man Sunday afternoon who was allegedly involved in a carjacking and fired shots at pursuing officers, according to a release from the Burnsville Police Department.

The release said officers encountered the suspect, believed to be a white man in his 20s, driving a vehicle with stolen plates in Burnsville, south of Minneapolis. Shortly after the suspect crashed the vehicle, officers received a report that the same man had then stolen a car from a woman at gunpoint.

Police said the suspect began shooting at police during a chase before crashing the vehicle. The suspect continued to fire at police and multiple officers returned fire, according to the release. The man was later pronounced dead at a Minneapolis hospital.

No officers were injured and those involved have been placed on standard administrative leave, the release said. All officers wear body cameras, which will be part of the investigation by the Minnesota Bureau of Criminal Apprehension, the statement said.

The Star Tribune, citing traffic camera video, said the man jumped out of a moving white car, ran along the median and into traffic, and appeared to point a gun at a white SUV.

A snippet of the traffic camera video posted online showed the man stepping out of a slowly moving vehicle on a highway on-ramp, then stepping into traffic and appearing to try to stop the SUV, which slowed and then veered away. A police car quickly pulled up next to the man.

The shooting comes a day before closing arguments in former Minneapolis police officer Derek Chauvin’s trial in the death of George Floyd, and after a week of unrest that followed the fatal shooting of a 20-year-old Black man by a police officer in Brooklyn Center, another suburb.