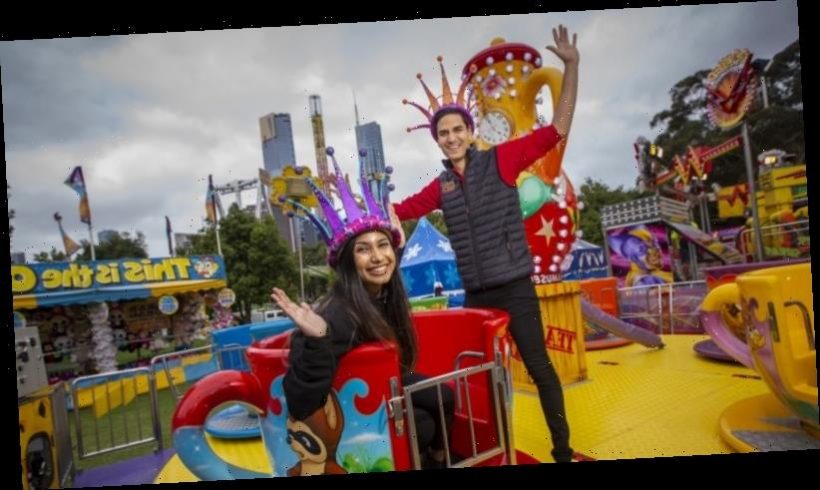 After a year of cancelled events, Australia’s two biggest cities will celebrate this weekend with two very different parties.

It may not bring the glam like Sydney’s Gay and Lesbian Mardi Gras, but Melbourne’s more sedate Moomba festival is back by popular demand for the Labour Day long weekend. 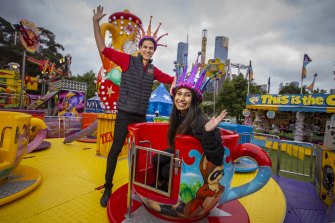 Both events will be pared-back versions of themselves because of the pandemic. However, their return is another sign that life is returning to normal after a difficult 12 months.

In Sydney, that means wild and wacky costumes in a night of celebration for the LGBTQI+ community (albeit at the SCG rather than on Oxford Street). In Melbourne, it’s carnival rides and dagwood dogs next to the Yarra.

Some may call it daggy, but Moomba will go ahead in 2021 with strong community backing, after the City of Melbourne reversed its decision to cancel the event following a significant outcry.

Some signature Moomba events – including the parade, Birdman rally and water skiing – won’t be held this year, with other family friendly events taking their place. 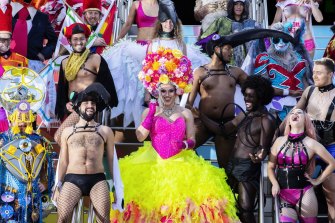 The Mardi Gras Parade providing colour at Sydney Cricket Ground the day before the event.Credit:Louie Douvis

Aside from the sold-out carnival, many buildings across the CBD will be lit up in red as part of a celebration of Melbourne. There will also be busking competitions, concerts at Sidney Myer Music Bowl and the Australian Skate League national championships.

Three of the city’s frontline COVID-19 workers have been crowned Moomba monarchs for 2021, joining the royal ranks of Shane Warne, Bert Newton, Cathy Freeman and many others.

In previous years, crowds of more than 300,000 lined Sydney’s Oxford Street to take in the colour of the Mardi Gras parade, but only a maximum of 33,000 spectators will be allowed at the SCG on Saturday night.

To protect the SCG’s hallowed turf, there will be no floats on flatbed trucks this year and parade participants will focus instead on costumes, puppetry and inflatable props.