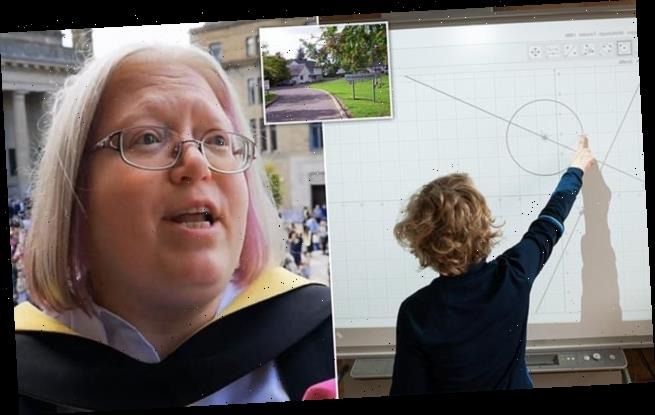 Schoolchildren were left stunned after the head teacher of a remote Scottish school suffered an electric shock while using a smart board.

A probe is under way after Principal Islean Gibson experienced the painful shock during a lesson at Kinloch Rannoch Primary School in Perthshire.

The accident happened in front of children in the run-up to the Christmas holidays. Miss Gibson has been recovering at home since the incident. 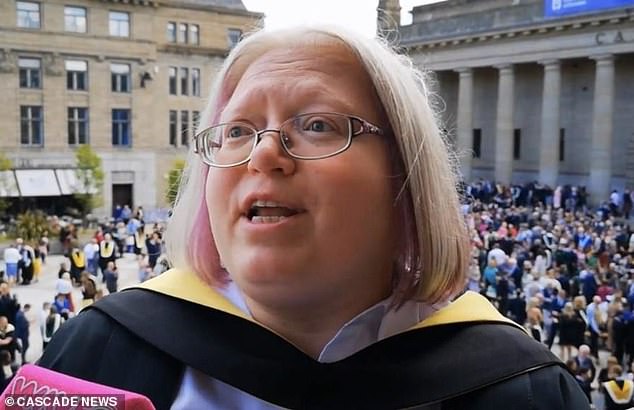 Islean Gibson (above) suffered an electric shock after writing on a smartboard in front of her class. An investigation has now been launched to examine the safety of the equipment 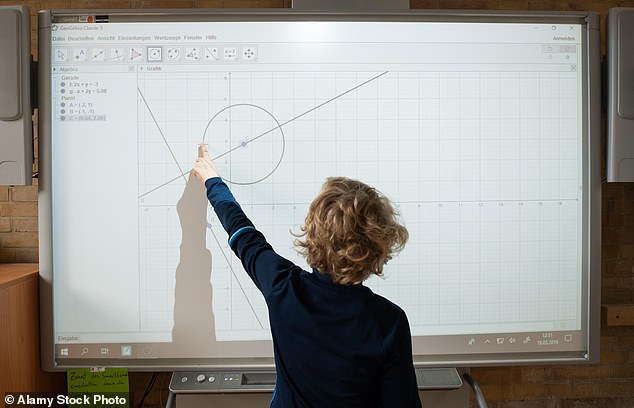 The teacher needed medical attention following the painful incident, which happened in the run-up to Christmas as she used a school smart board similar to the one pictured above

An investigation has now been launched to establish what went wrong and to determine how safe the classroom equipment is.

The smart board, an interactive writing board at the front of the classroom, has been put out of action.

It is understood that on an earlier occasion, a child also suffered a shock while touching the machine, which led to a rubber mat being placed on the floor in an attempt to prevent a repeat incident. 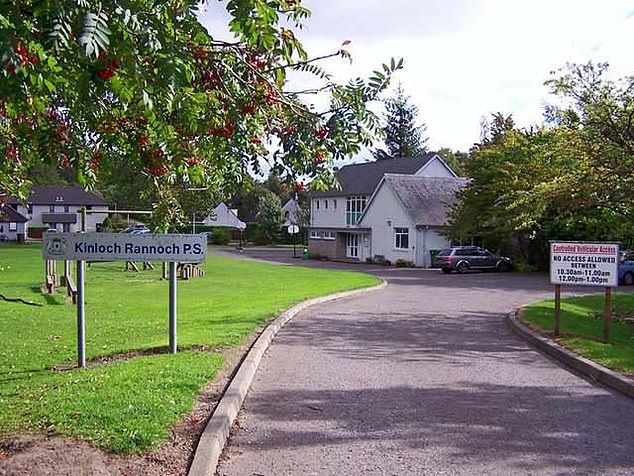 Young pupils at Kinlock Rannoch Primary School in Perthshire, Scotland, witnessed their head teacher Islean Gibson suffering an electric shock as she attempted to write on a smart board

A Perth and Kinross Council spokesman confirmed the teacher was injured while operating a laptop connected to the board. She is now preparing to return to class.

‘The staff member left the class following the incident and was then treated by a GP,’ the spokesman said.

‘Children continued with their learning and were reassured about the safety of the member of staff.

‘The equipment that was in use at the time has been decommissioned while an investigation is completed.

‘Tests by our electrical compliance officers and Tayside Contracts suggest there is no fault with the equipment and the incident may have been caused by static electricity.

‘However, a full independent investigation is now under way to ensure the equipment is safe for use and we await its results.’

Local Conservative councillor John Duff, who is also Vice Convener of the Lifelong Learning Committee, said: ‘I was very sorry to hear of this incident and that a member of staff at the school received an injury as a result.

‘I am glad that the staff member has since been able to return to work and wish her well. A thorough investigation is underway to make sure that the equipment is safe to use.’

Fellow Highland ward councillor Mike Williamson (SNP) said he was ‘relieved’ Miss Gibson was in the process of returning to work.

‘I look forward to hearing the results of the investigation and hope that any similar incidents can be prevent,’ he said.

The remote primary has a roll of just over 20 pupils.