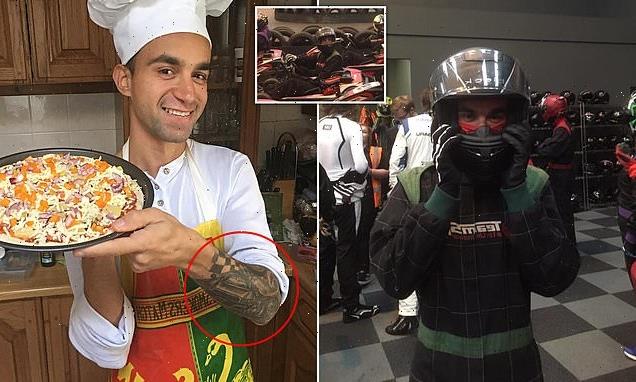 The sports car-loving suicide bomber who changed his name to honour Enzo Ferrari: How asylum seeker, 32, who blew himself up at hospital was go-karting fan with chequered flag tattooed on his arm

But the go-karting fanatic and budding pizza chef would go on to become a suicide bomber.

Born in Iraq and brought up in Syria, Al Swealmeen, 32, came to Britain seven years ago. He had a history of mental health problems, and was once sectioned for brandishing a knife near Liverpool’s city centre, friends said.

He relinquished his Muslim faith and converted to Christianity soon after arriving in the UK, having attended Bible classes and services at Liverpool’s imposing Anglican Cathedral.

The site was originally thought to have been the target of his failed Remembrance Day plot.

In May 2017 Al Swealmeen changed his name by deed poll to make it easier to pronounce. In tribute to Ferrari founder Enzo Ferrari, the car-mad asylum seeker became Enzo Almeni.

Pictures online show trips to a go-kart track – and a chequered flag tattooed on his arm. 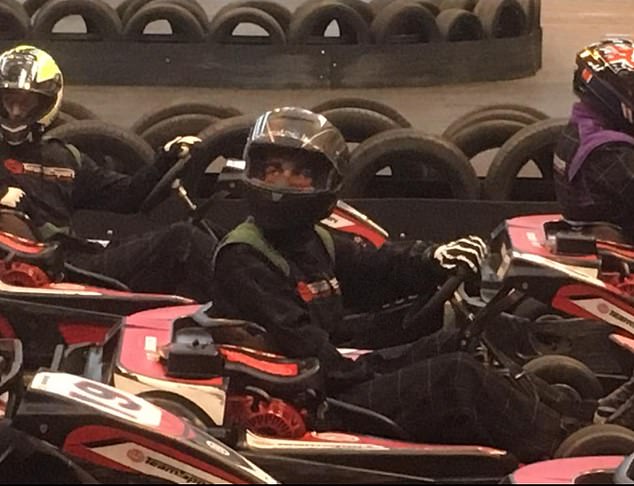 In May 2017 Al Swealmeen changed his name by deed poll to make it easier to pronounce. In tribute to Ferrari founder Enzo Ferrari, the car-mad asylum seeker became Enzo Almeni 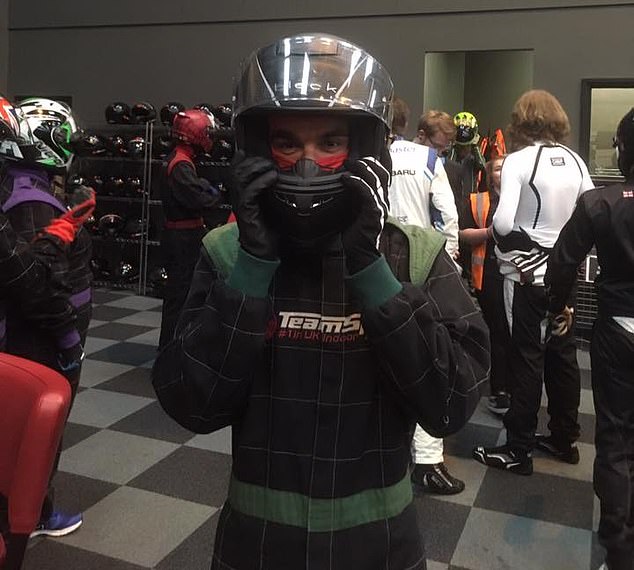 The 32-year-old was a regular at the go-kart track, according to social media photos

The son of an Iraqi mother and Syrian father, he arrived in the UK in early 2014. His first application to the Home Office for asylum was turned down that November. He was arrested soon afterwards, lay pastor and friend Malcolm Hitchcott said, for possession of a ‘large knife’.

It was there that he was confirmed into Christianity in a ceremony attended by Mr Hitchcott and his wife, Elizabeth, on March 27, 2017.

Days later the devout couple, both 77, offered to put up the then-destitute Al Swealmeen in their home rent-free as he had nowhere else to live.

Last night a shocked Mr Hitchcott said he felt ‘numbed’ that the ‘lovely man’ who stayed with him in the suburb of Aigburth was behind Sunday’s explosion.

‘My wife and I will now have to try to come to terms with this, the fact we had this man living with us for eight months,’ the former soldier said.

The men would go for walks, where the typically quiet Al Swealmeen would ‘talk endlessly and passionately about Jesus’.

Asked why he thought Al Swealmeen converted to Christianity, Mr Hitchcott said: ‘A lot of asylum seekers do not see much in Islam [for them].’

He said he and his wife got to know Al Swealmeen ‘very well… or we thought we did’.

Their guest left on good terms after eight months. The Hitchcotts, who were going on holiday, worried about him being alone in their home. ‘We told him he could stay and our daughter would pop in, but he decided to leave,’ Mrs Hitchcott said.

The couple cannot recall Al Swealmeen ever speaking of anything ‘political’, and remember only one ‘flashpoint’.

Mr Hitchcott said: ‘He was involved in an incident prior to our meeting where he was found by police with a pretty big knife on the main Churchill Way flyover.

‘I don’t know if he threatened anyone but as a result of that he was sectioned for several months.

‘He obviously had some mental instability because one day he accused me of opening his mail. He came in and said, ‘Is there something you want to know about me’, and accused me. I told him we wouldn’t dream of it. He did come and apologise afterwards.

‘He had received a small package, he told me it was something for a friend of his… makes me wonder about it now. He obviously didn’t want me poking my nose in and got very sensitive. Otherwise we were on the best of terms with him.

‘If we wanted a job doing he would do it, no problem.’ 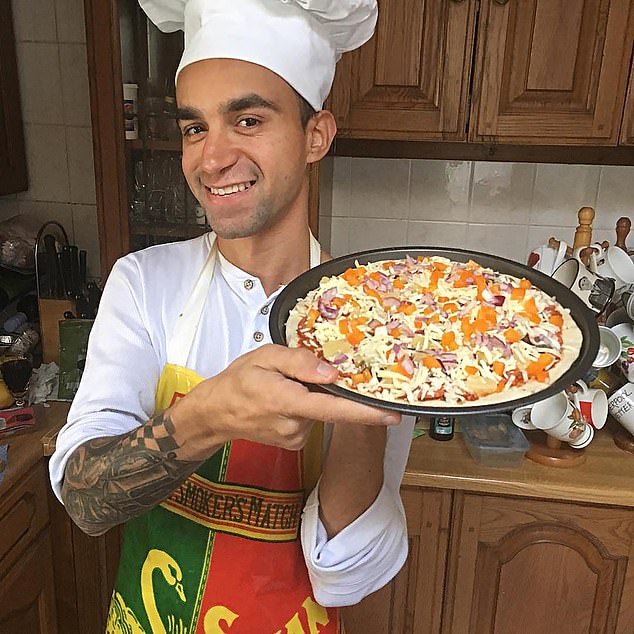 Mrs Hitchcott said Al Swealmeen would go to the food bank with them and do chores around the house. ‘He was fairly private but very industrious,’ she added. ‘He loved to draw, he was very interested in art and could cook a mean pizza.’

Photos on Mr Hitchcott’s web profiles show Al Swealmeen in chef’s whites bought for him by his hosts.

While Mr Hitchcott hadn’t seen Al Swealmeen for several years, his wife bumped into him two years ago in the town centre.

‘It must have been around spring 2019 because it was before Covid,’ she said.

‘He told me he was doing a cake decorating course, he was really enthusiastic about it. He said he would keep in touch but I didn’t hear any more.’