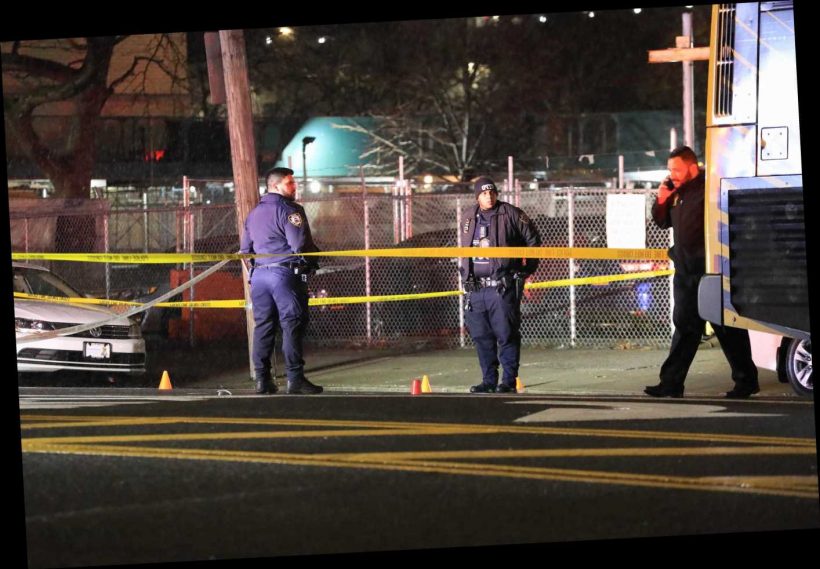 NYPD officer shot in the Bronx identified as six-year veteran

NYPD gets new shipment of COVID-19 vaccines after shortage

A 31-year-old NYPD officer with the gun suppression unit was shot in the back while chasing a man in The Bronx on Tuesday. It’s a reminder of just how dangerous it is to be a cop in Gotham these days, particularly one doing anti-gun work.

The six-year veteran was struck in Soundview at about 10:30 p.m. He and three of his fellow officers were driving near the intersection of Lafayette Avenue and White Plains Road when the 24-year-old suspect, known to the police, fled, with shots fired amid the ensuing chase.

Hit below his bulletproof vest, the officer was taken to Jacobi Hospital and is in stable condition. His partners took the perp into custody, and a handgun was found under a vehicle at the scene.

“I can tell you that he is in a lot of pain, but thankfully we expect him to make a full recovery,” Police Commissioner Dermot Shea said.

Mayor de Blasio hit the rare right note, saying: “Here is an officer, a young officer out there in the streets of The Bronx, getting guns off the streets to save lives. That’s what he does. An extraordinarily brave officer. The kind of officer we depend on to be safe in the city.”

And that’s the honest truth.