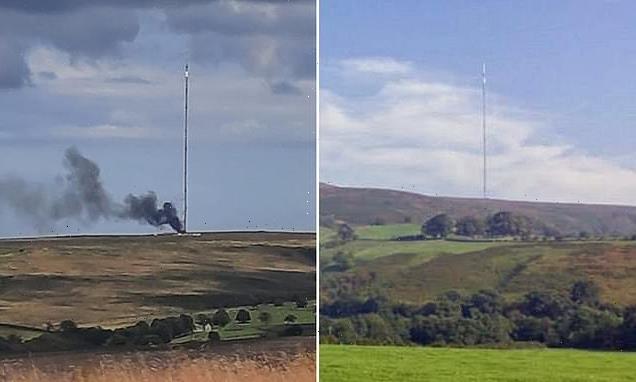 It has long been the Christmas tradition to sit down TV guide in hand to plan your television viewing over the festive period.

But families living in the Bilsdale area will be forced to spend even more time with their nearest and dearest after the latest disaster to hit their damaged transmitter.

Locals look set to miss out seeing Johns Lewis’s latest advert or the annual showing of Skyfall thanks to the suggested replacement for the fire-ruined broadcaster.

Mast operator Arqiva wants to put a 262ft (80m) mast in a quarry to replace services lost on 10 August but say it will take two months to build – and won’t work in winter. 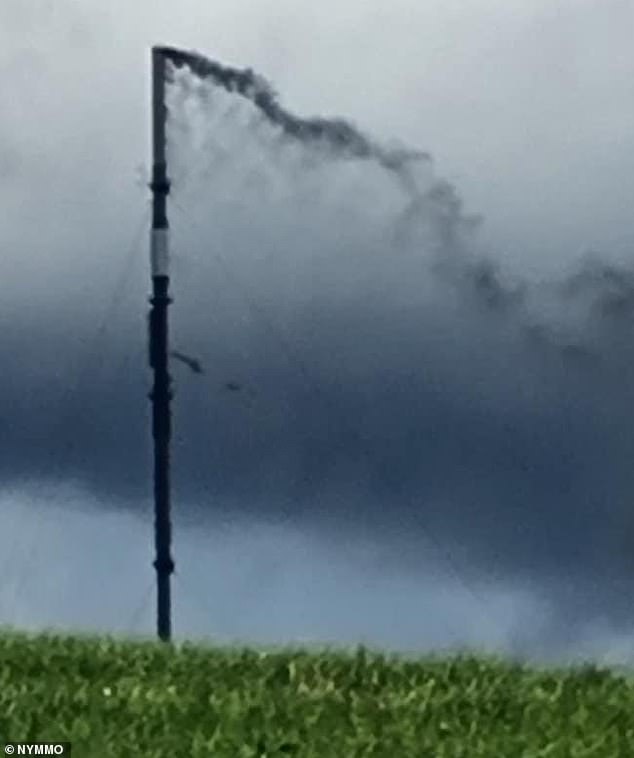 North Yorkshire Fire and Rescue Service said six appliances have been sent to tackle the blaze at the Bilsdale transmitting centre, high on the North York Moors, north of Helmsley

The BBC reports worst affected households will be given a partial refund of their TV licence.

At least a million people across the north east were affected by the fire damaging the transmitter.

The North York Moors National Park Authority’s director of planning Chris France said the temporary mast would not be permanently tied down it would not be suitable over the winter. 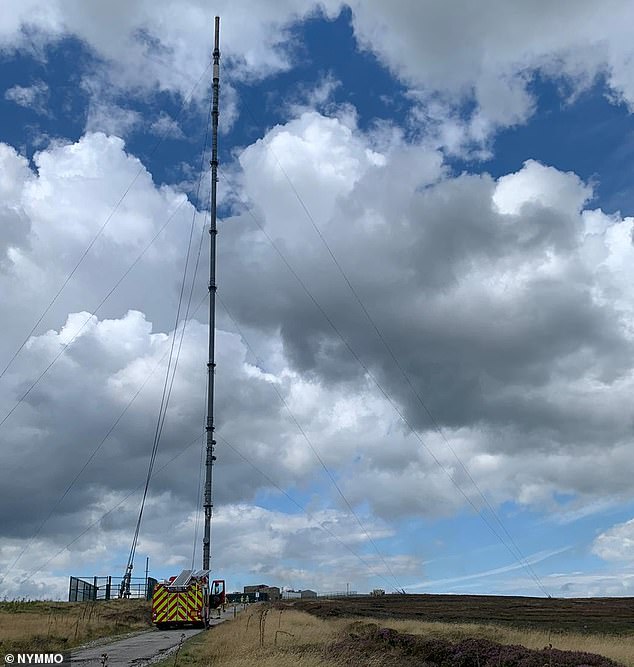 And Arqiva says “another replacement mast” would be needed which would need full planning permission.

More than 30 firefighters tackled the blaze in August at the 1000ft-tall Bilsdale transmitting centre, high on the North York Moors, north of Helmsley.

Firefighters at the time said the fire included the tower mast itself, which is 315 metres (1,032 ft) tall.

Eyewitnesses in the area described a scene of chaos, with plumes of black smoke billowing from atop the hills and spreading throughout the Yorkshire valleys.