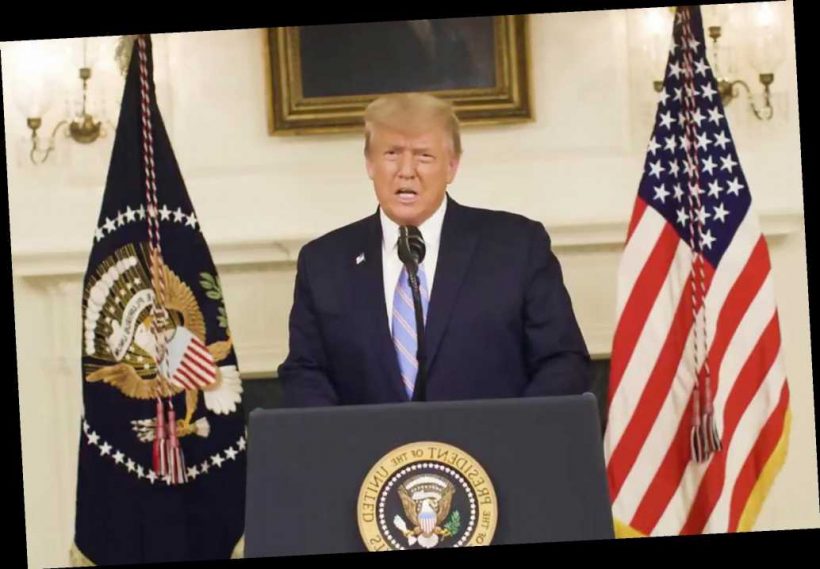 President Trump tweeted Friday that his supporters “will not be disrespected” and will “have a GIANT VOICE long into the future.”

Trump issued the defiant tweet just hours after he shared a Thursday evening video message in which he appeared to accept defeat by President-elect Joe Biden and “my focus now turns to ensuring a smooth, orderly and seamless transition of power.”

The message comes as Trump resumes use of his preferred social media platform after being temporarily banned Wednesday for tweets that appeared to glorify a deadly break-in at the Capitol by his supporters, who disrupted certification of Biden’s win.

Trump tweeted, “The 75,000,000 great American Patriots who voted for me, AMERICA FIRST, and MAKE AMERICA GREAT AGAIN, will have a GIANT VOICE long into the future. They will not be disrespected or treated unfairly in any way, shape or form!!!”

Although he can tweet, Facebook has banned Trump from using its platform at least until after he leaves office on Jan. 20.

Five people died in the Capitol break-in, including four Trump supporters and a US Capitol Police officer, Brian Sicknick, 42, who reportedly was bludgeoned with a fire extinguisher.

Trump supporter and Air Force veteran Ashli Babbitt, 35, was fatally shot by an officer while attempting to break through a barricaded interior window. Three other people died during medical emergencies amid the chaos, police said.

Trump supporter Roseanne Boyland, 34, collapsed in the Rotunda and may have been trampled to death, her family told the Daily Mail. Trump supporter Kevin Greeson, 55, reportedly died from a heart attack and Benjamin Phillips, 50, reportedly had a stroke.