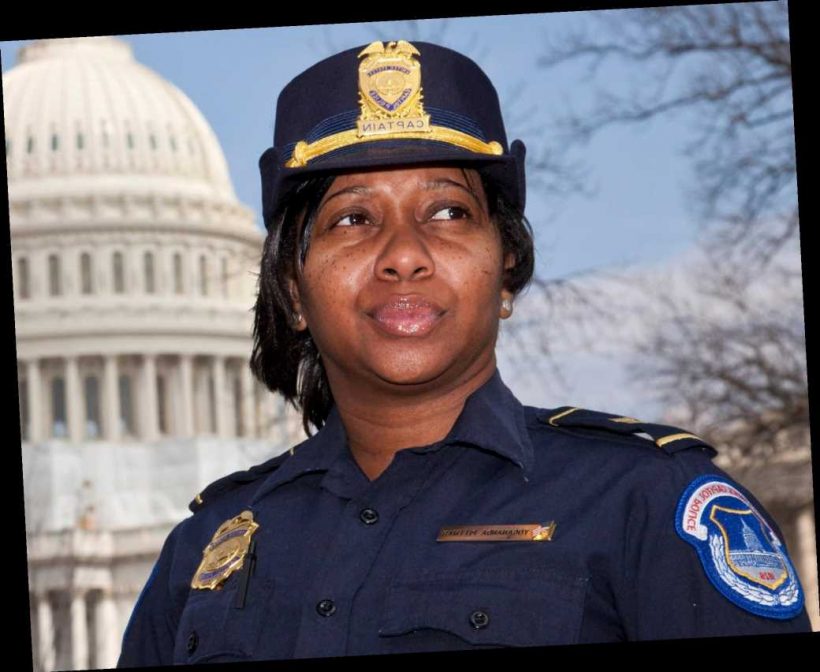 U.S. Capitol Police chief Yogananda D. Pittman apologized to Congress "and the American people" on Tuesday for the department's security failures on Jan. 6 during a failed insurrection attempt on the Capitol.

"I am here to offer my sincerest apologies on behalf of the Department," Pittman said in a speech during a closed-door congressional hearing with the House Appropriations Committee, according to a transcript obtained by the New York Times.

"Let me be clear: the Department should have been more prepared for this attack," she said, going on to outline USCP's response, what went wrong, and plans to improve in the future.

"We fully expect to answer to you and the American people for our failings on Jan. 6th," added Pittman, who on Jan. 8 took over as acting chief from Steven Sund, who resigned in the wake of the riots.

Pittman, who joined the department in 2001 and previously served as an assistant chief, is the first woman and first Black person to head the USCP.

The department knew of a potential threat at least two days prior to the attack, Pittman said, but "did not do enough" to prepare for the violent rioting that left five people dead, including a USCP officer.

"By Jan. 4, the Department knew that the Jan. 6 event would not be like any of the previous protests held in 2020. We knew that militia groups and white supremacists organizations would be attending," she added. "We also knew that some of these participants were intending to bring firearms and other weapons to the event. We knew that there was a strong potential for violence and that Congress was the target."

The admission follows a report published by The Washington Post last week, saying that an internal memo from Jan. 3 warned that thousands of protesters were likely to come into D.C., potentially leading to a "significantly dangerous situation."

"Supporters of the current president see January 6, 2021, as the last opportunity to overturn the results of the presidential election," the internal memo read, according to the Post, referring to Donald Trump.

"This sense of desperation and disappointment may lead to more of an incentive to become violent. Unlike previous post-election protests, the targets of the pro-Trump supporters are not necessarily the counter-protesters as they were previously, but rather Congress itself is the target on the 6th." Due to the potential for violence, Sund requested on Jan. 4 that the Capitol Police Board declare a state of emergency and authorize a request for National Guard support, but the board denied the request, Pittman said.

According to Pittman, there were 1,200 officers on the Capitol grounds on Jan. 6, which she says was "no match for the tens of thousands of insurrectionists (many armed) attacking the Capitol and refusing to comply with lawful orders."

Pittman also alluded to concerns raised over allegations that some Capitol police may have been allowing rioters into the building. She said that once it was clear the mob was approaching the Capitol, she ordered a lockdown — "which means that every entrance should have been closed and sealed to prevent entry from the outside."

She added that her orders "may not have been consistently followed" and cited communication issues that left officers "operating with limited information about what was occurring and with little instruction from leadership."

While Pittman recognized shortcomings in the department's preparations, she said: "In my experience, I do not believe there was any preparations that would have allowed for an open campus in which lawful protestors could exercise their first amendment right to free speech and at the same time prevented the attack on Capital grounds that day."

She also noted other concerns that happened at the same time, including pipe bombs found at the Republican and Democratic National Committee headquarters, that drew attention and resources away from the Capitol building.

Pittman said that the Capitol's security infrastructure needs updating "and that the Department needs access to additional resources – both manpower and physical assets" to be better equipped in the future.

Pittman said that as acting chief, she accepts responsibility for the "mistakes" that were made, and promised the Capitol police department "will do better going forward."