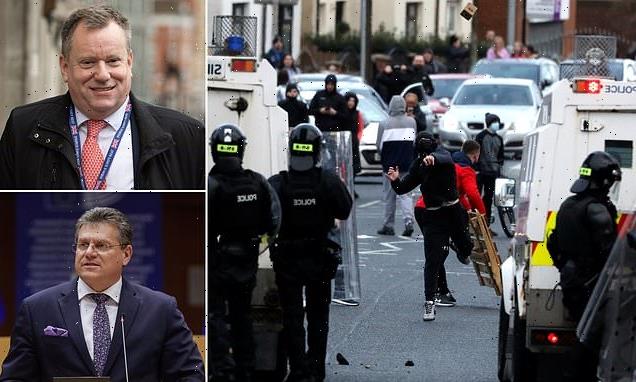 The EU and the UK are making progress towards a deal to ease post-Brexit trade checks in Northern Ireland, it was claimed today, amid hopes a breakthrough will end disorder on the streets of Belfast.

Brussels and Britain are locked in talks on how to improve the implementation of the Northern Ireland protocol against a backdrop of numerous days of violence.

The atmosphere surrounding the talks is now said to have ‘warmed up a bit’ with discussions ‘advancing on a technical level’.

Diplomats said the hope is that there will be a political-level meeting between Cabinet Office minister Lord Frost and EU counterpart Maros Sefcovic ‘rather sooner than later’.

Irish Taoiseach Micheal Martin said at the weekend that Northern Ireland must not ‘spiral back to that dark place of sectarian murders and political discord’ after another night of disorder.

Fourteen police officers were injured in Friday night’s unrest, bringing the total number of officers injured in the recent disorder to 88.

Thomas Byrne, the Irish Europe Minister, said this morning that the EU and the UK are ‘working together quietly behind the scenes’ to try to improve the rollout of the protocol as he said ‘bilateral and multilateral’ discussions are ‘absolutely essential’. 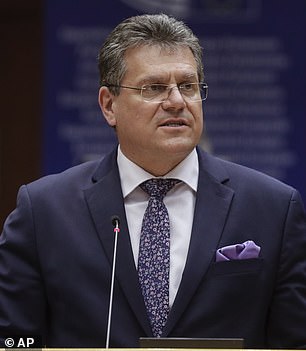 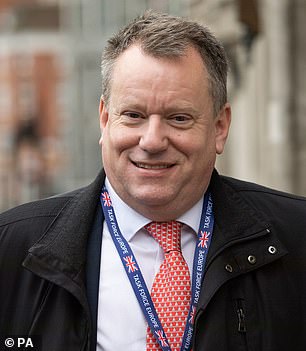 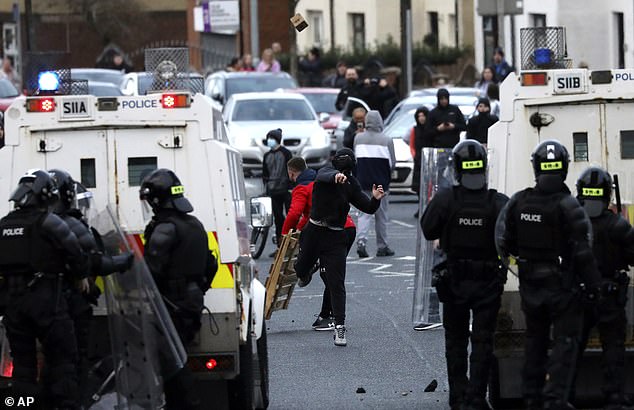 The Northern Ireland Protocol was agreed by the EU and UK as part of the Brexit divorce deal and it is designed to prevent a hard border on the island of Ireland.

It achieves that by keeping Northern Ireland in the EU single market for goods, with regulatory checks and inspections now required on agri-food produce moving into the region from the rest of the UK.

The new arrangements have caused some disruption to trade since the start of the year as firms have struggled with new processes and administration.

The checks have also inflamed community tensions as unionists believe the processes create an Irish Sea border between Northern Ireland and the rest of the UK which threatens the Union.

That prompted the EU to accuse the UK of breaching international law as the bloc launched formal legal action.

Talks aimed at resolving problems with the protocol are ongoing but the noises coming out of them are now more positive.

One EU diplomat told the Financial Times: ‘They are advancing on a technical level and probably we will see a [Frost-Sefcovic] meeting rather sooner than later’.

A UK official told the newspaper: ‘The mood seems to have warmed up a bit — the tone of the discussions is quite good.’

Mr Byrne would not be drawn on how close a deal is during an interview with BBC Radio 4’s Today programme but he said the two sides ‘are working together quietly behind the scenes to try to resolve outstanding issues’.

He said: ‘What is happening behind the scenes is how do we implement that protocol. I am not going to give a running commentary on it except to say that I do welcome the engagement between Lord Frost and vice president of the commission Maros Sefcovic.

‘And the British government to be fair to them are working now it seems on a bilateral and multilateral basis and that is absolutely essential.

‘We have been quite critical when te British have acted and indeed when the EU acted on a unilateral basis. It never works.’ 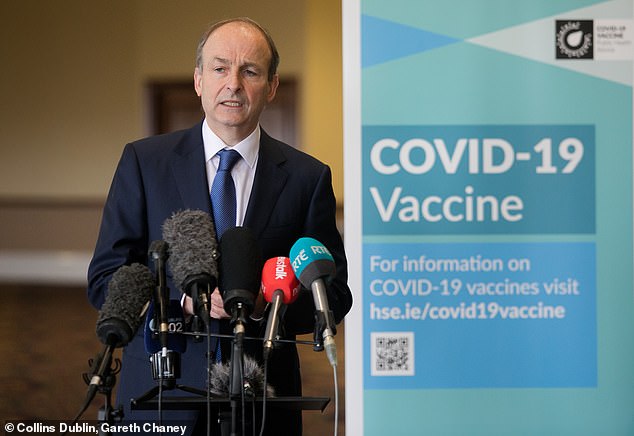 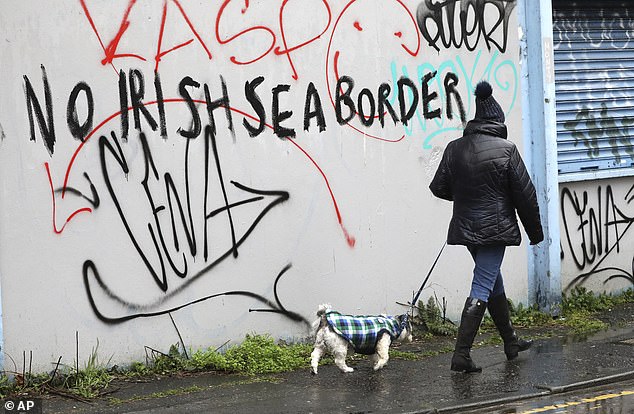 Post-Brexit trade checks in Northern Ireland have inflamed community tensions. Unionists believe the checks threaten the integrity of the Union

Speaking on the 23rd anniversary of the Good Friday Agreement on Saturday, Mr Martin had said politicians owed it to the younger generation that the dark days of the Troubles do not return.

Of the 1998 peace accord, he said: ‘Perhaps its most visible success is that a whole generation of young people have grown up not knowing or experiencing the violence that accompanied the troubles.

‘We owe it to the Agreement generation and indeed future generations not to spiral back to that dark place of sectarian murders and political discord.’

Police were pelted with petrol bombs and masonry during three hours of disorder on Friday, the PSNI have said.

The disorder took place in the Atlantic Road area of Coleraine, Londonderry, where a crowd of about 40 people, many of them wearing masks, attempted to block the road by setting fire to pallets.

Police were also attacked with missiles and a car was set on fire in a separate incident at Tiger’s Bay, a loyalist area in north Belfast.