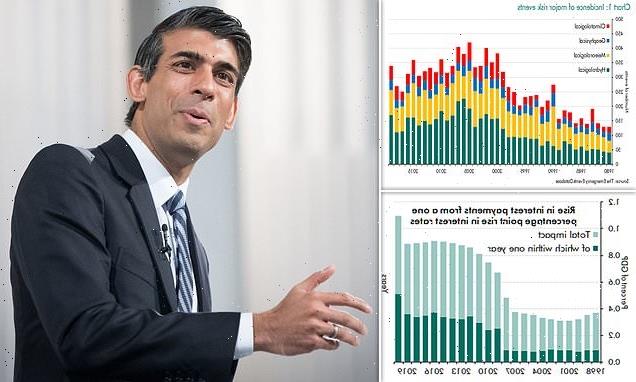 The UK’s economy is exposed to ‘potentially catastrophic’ threats from climate change, pandemics and cyberattacks after Covid and the credit crunch piled up a £2trillion debt mountain, a government watchdog warned today.

A chilling report from the Office for Budget Responsibility has highlighted the dangers the country faces as it emerges from the ‘largest peacetime economic and fiscal shock in three centuries’.

It pointed out that the 2008 crisis and the response to Covid had put the UK further into the red than previous recessions. And worryingly it stressed that such episodes seem to be getting more frequent.

Although the OBR still expects the economy to recover to pre-pandemic levels by the middle of next year, there is set to be a 3 per cent permanent hit.

Rising inflation and the possibility that interest rate increases will be needed to rein it in could put the the UK’s debt pile under yet more pressure.

Rising wage costs could also see the Government hit with a £3billion bill from Boris Johnson’s ‘triple lock’ pledge on the state pension. 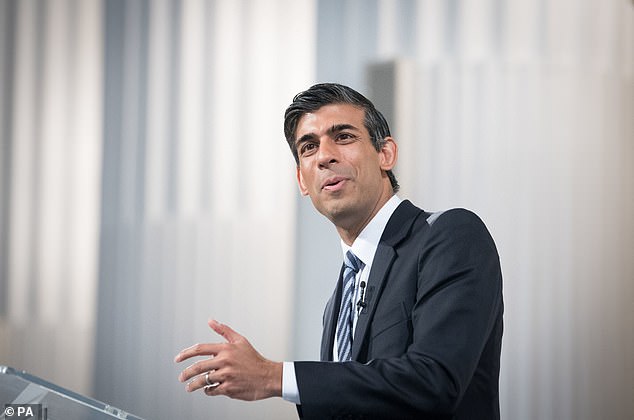 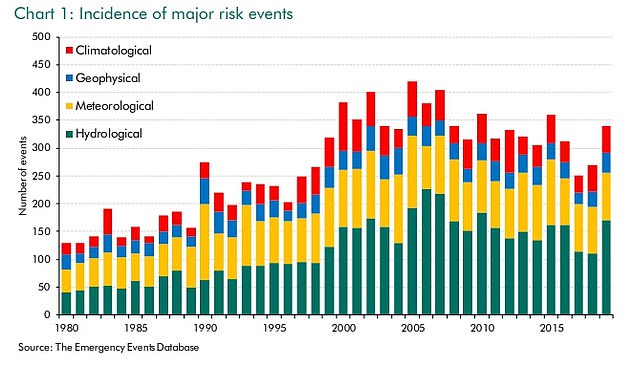 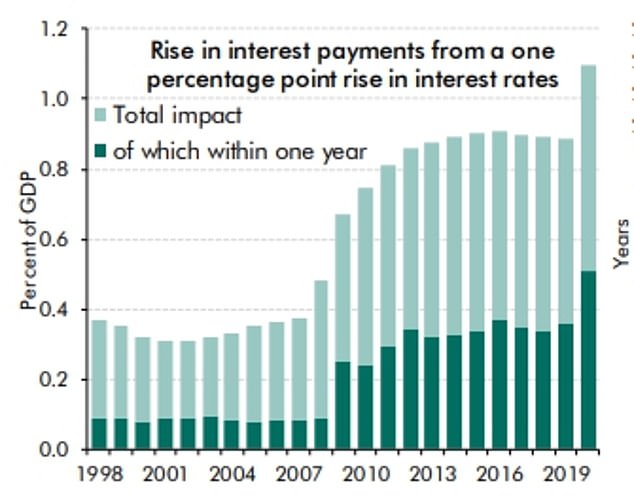 The watchdog said the Government is facing an estimated £10billion spending black hole over the next three years.

That is due to ‘unfunded legacy costs of the pandemic’ across areas including health, education and transport and pose a material risk to the public spending outlook.

Meanwhile Delayed action on climate change could lead to a marked hit to Britain’s economy and impact the mammoth public debt levels, currently at more than £2trillion.

In the report, it said if action to cut carbon emissions was delayed, it could lead to a 3 per cent additional impact on gross domestic product (GDP) and debt would be 23 per cent of GDP higher than if early action is taken by 2050-51.

But the OBR said its baseline scenario of early action to achieve net zero would see the impact on the UK’s debt mountain be less severe than that of the coronavirus crisis, adding 21 per cent – or £469billion – of GDP to net debt by 2050-51.

‘This is somewhat smaller than the addition to net debt as a result of the pandemic,’ said the OBR.

In a stark warning over the fiscal threat posed by climate change, it said if there was no action at all to reduce emissions, UK debt would rocket to reach 289% of GDP by the end of the century.

While the OBR did not update its economic or borrowing forecasts in the report, it said the economy had proved ‘surprisingly adaptable and resilient to the coronavirus shock’. 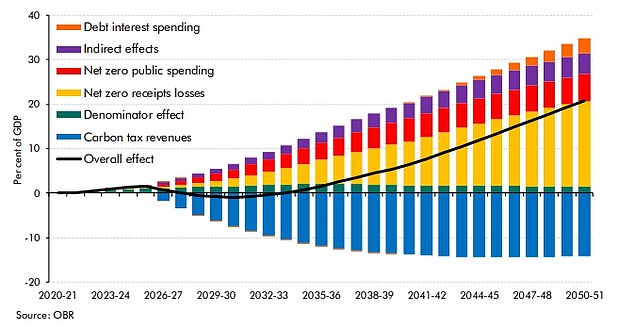 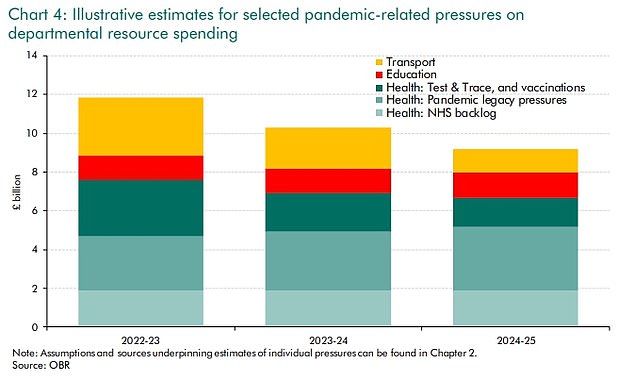 Having plunged by 10 per cent in 2020 – one of the deepest recessions of the advanced economies – it has since begun recovering at a blistering pace, helped by nearly £400 billion of Government support and measures.

This means the economy will recover just over two years after the crisis struck, compared with the four-and-a-half years it took to rebound following the financial crisis, according to the OBR.

But it added a note of caution that major economic shocks may be becoming more frequent, with the financial crisis and pandemic within just over a decade of each other.

‘The arrival of two major economic shocks in quick succession need not constitute a trend, but there are reasons to believe that advanced economies may be increasingly exposed to large, and potentially catastrophic, risks,’ the OBR said.