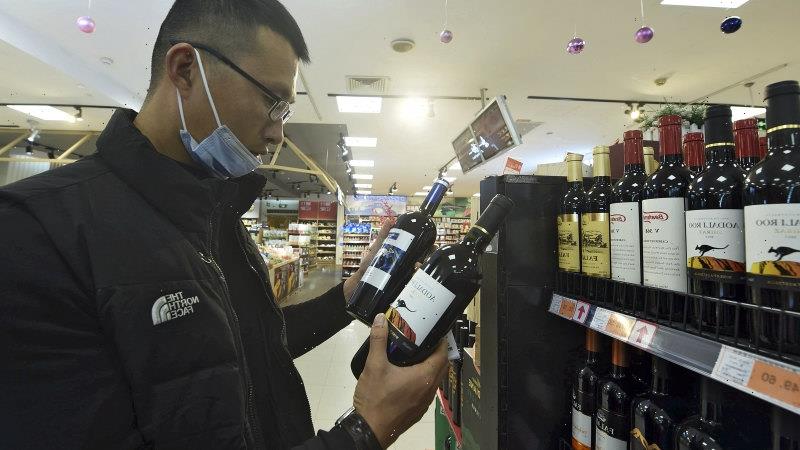 Singapore: China’s top diplomat in Australia has warned Chinese students and tourists will question whether to return to Australia after the coronavirus pandemic, raising the possibility of further trade blows to Australian goods.

The comments from Ambassador Cheng Jingye come as Australian winemakers reel from a 96 per cent drop in the value of their exports to China.

They follow the federal government’s decision to cancel Victoria’s Belt and Road agreement, a move labelled “unreasonable and irrational” by Cheng on Thursday. 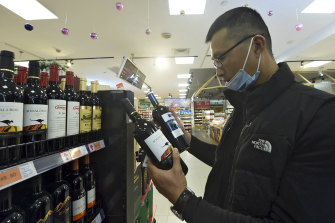 A man compares two bottles of Australian wine at a supermarket in Hangzhou in east China’s Zhejiang province.Credit:AP

The Ambassador has become increasingly critical of Australia’s actions over the past year, spurred on by a jingoistic Foreign Ministry in Beijing. The criticism has followed Canberra’s decision to block Chinese investments, institute national security measures, escalate its military spending and rhetoric, and condemn Beijing’s human rights abuses.

“Some claim the problems in bilateral ties come from China’s economic coercion. What a ridiculous argument,” he said at an Australia-China Business Council briefing. “Whoever tied the knot is responsible for untying it.”

China’s retaliatory strikes across $20 billion in exports have hit local wine producers among the hardest of any industry. Coal, barley and wood have largely been able to diversify into other markets but winemakers have seen the value of their exports to China fall from $325 million between December 2019 and March last year to $12 million during the same period this year.

Wine Australia Chief Executive Officer Andreas Clark said the decline in exports was due mainly to a steep decline in Chinese imports as well as less volume available for export.

“Notwithstanding the impact of China’s tariffs, we were still looking at a potential downturn in exports over this period simply due to the supply situation,” Clark said.

In addition, Australian grape exporters are now reporting Chinese customs delays due to COVID-19 clearance issues, while honey exporters are also seeing a slowdown in orders from Chinese retailers. These early signs mirror the informal restrictions placed on other industries, which can have a trickle-down effect from geopolitical tensions as Chinese importers become more reluctant to take risks on ordering Australian stock fearful they will be blocked by their government at the border. 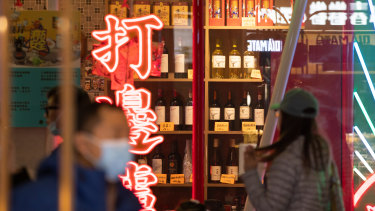 IBISWorld analysis in December showed Australian dairy, honey, fruit and pharmaceuticals, which derive between 30 and 40 per cent of their export income from China, were vulnerable to further trade strikes if relations continued to deteriorate.

But it is education and tourism that threaten to be the largest post-COVID risk for Australia. In February, Australian universities began receiving reports that Chinese agencies in regional areas were being encouraged by local authorities not to send new students to Australia. China accounts for 37 per cent of Australia’s $10 billion-a-year foreign university student market.

Chinese tourists spent $12.4 billion in Australia in 2019 before COVID-19 shut down international travel. Australian Bureau of Statistics figures show they accounted for 15 per cent of arrivals, apart from short term visitors from New Zealand, that is double the next largest cohort – from the US. Tourism Australia had forecast in 2019 that 10.8 million were considering travelling to Australia in the next four years, a huge potential market for tourism operators that have struggled to stay afloat during the pandemic. 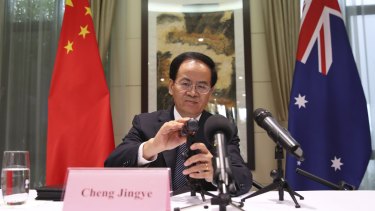 Cheng said on Thursday that racial discrimination driven by the current geopolitical tension would make Chinese students and tourists question whether they wanted to travel to Australia.

“My question is whether there will be a friendly environment for their return,” he said.

“China is the world’s largest steel exporter and our iron ore has helped them develop their own economy to a great extent,” he told the ABC. “They can’t replicate our iron ore in either the quality or the quantity very easily from other countries.”

Former Labor prime minister Kevin Rudd said Australia’s escalating military rhetoric this week was driven by the need to shift the domestic political agenda, “not any substantive change in regional security over recent weeks, while recklessly throwing fuel on the China fire”.

A speech by Home Affairs Secretary Michael Pezzullo amplified tensions on Tuesday after he declared the “drums of war” were beating in relation to concerns mounting over China’s intentions on Taiwan. The speech, which largely focussed on “the chance for peace” was criticised by China’s Foreign Affairs Ministry in Beijing on Wednesday for irresponsibly hyping up “the threat of war”.