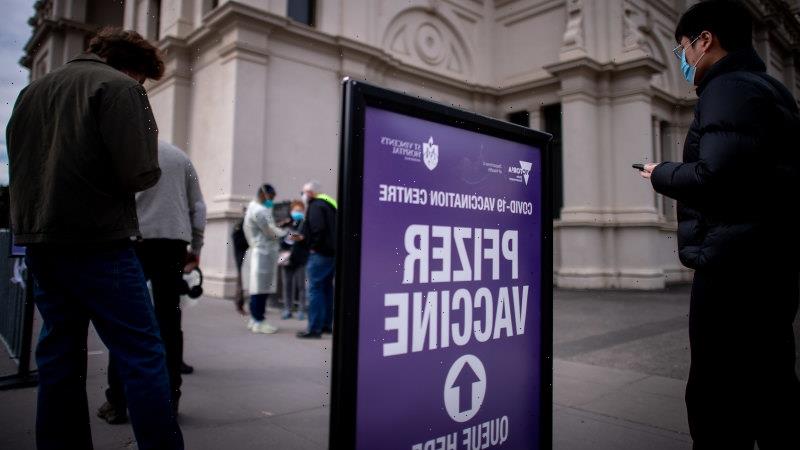 One person has died with COVID-19 in Victoria as the state’s number of infections hit a new daily record for the current outbreak and this year, with 334 local coronavirus cases recorded on Friday.

Of the new cases, 149 have so far been linked to existing patients and clusters. The source of the other 185 infections remain under investigation. 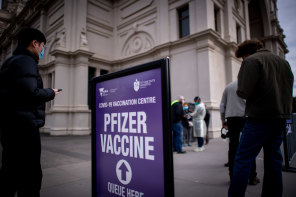 The Department of Health confirmed one person died with the virus in Victoria on Thursday. The death is expected to take Victoria’s toll to 824. It is the fourth death announced so far this outbreak.

There were 42,998 test results that came back in the 24 hours to midnight on Thursday.

There are now 2426 active cases in the state.

Melbourne’s road out of lockdown now depends on vaccination targets, with Premier Daniel Andrews promising a mild relaxation once 70 per cent of eligible people have had at least one dose of a vaccine in coming weeks.

According to the federal Health Department’s data released on Thursday, 63.5 per cent of eligible people in Victoria have had one dose of a vaccine while 39.4 per cent have had two.

Lockdown came to an end for regional Victoria overnight, except for Shepparton which is at the tail-end of an outbreak of the Delta variant of coronavirus.

Most of Thursday’s 324 cases were recorded in Melbourne’s north (195) and west (102), prompting fears the outbreaks were worryingly similar to a fast-moving outbreak that had hit south-west Sydney.

Epidemiologists and the state’s Australian Medical Association on Thursday told The Age the government should provide incentives to help people stay home and to bring vaccinations forward for essential workers in the north and west.

Acting Chief Health Officer Ben Cowie said the west and north had a higher proportion of essential workers who were unable to work from home, larger families and culturally and linguistically diverse communities who faced barriers to healthcare.

On average, these suburbs also have more young families, including many people who have only recently become eligible to be vaccinated.