RUSSIAN strongman Vladimir Putin is featured in new images showing him in the wilds of Siberia — amid fears over health after his inner circle caught covid.

The action man-style videos showing the president hunting bears and fishing are understood to have been released around two-and-a-half weeks after they were filmed.

Putin is currently "self-isolating" because of a Covid-19 "outbreak" in his entourage. 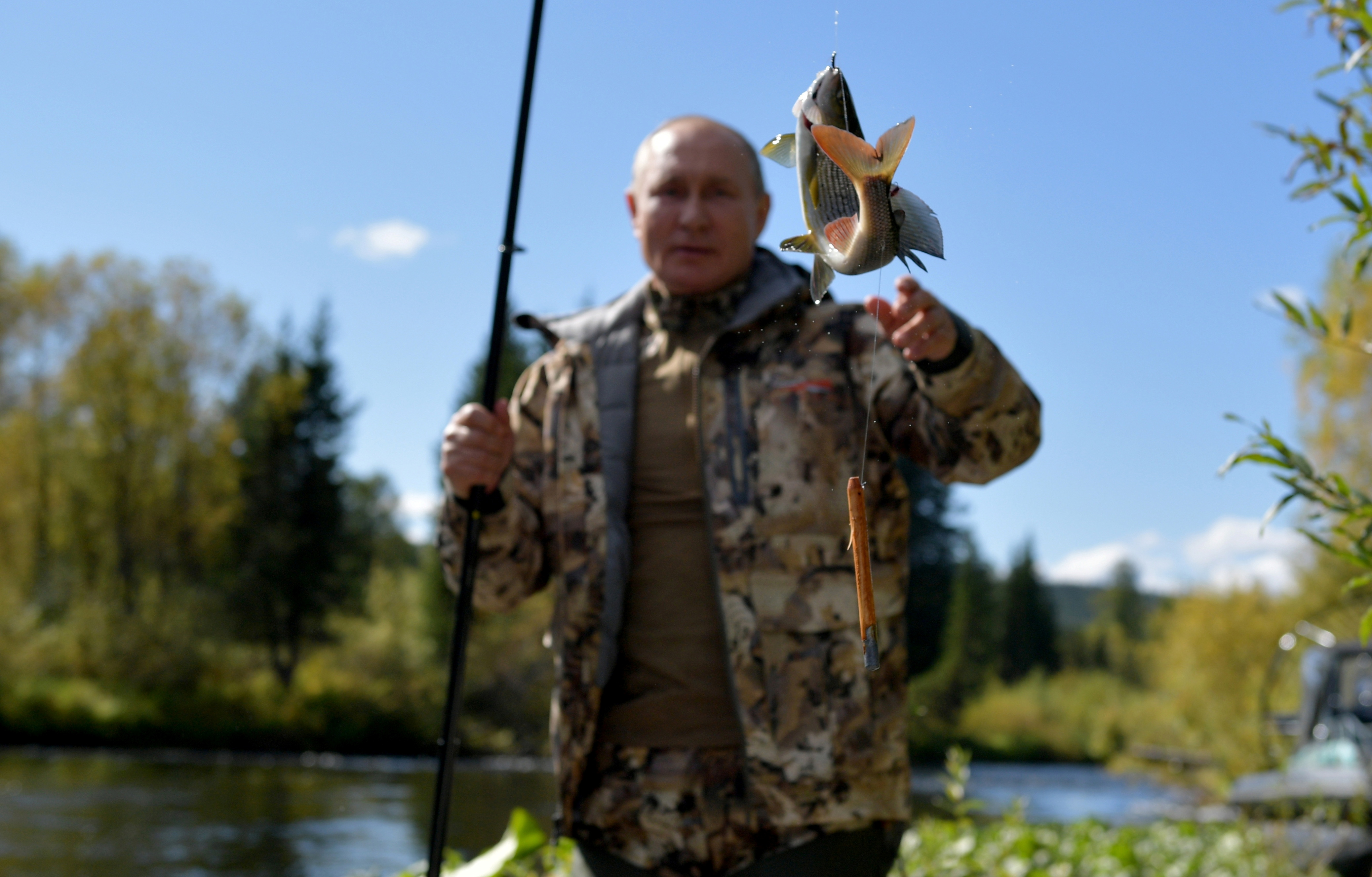 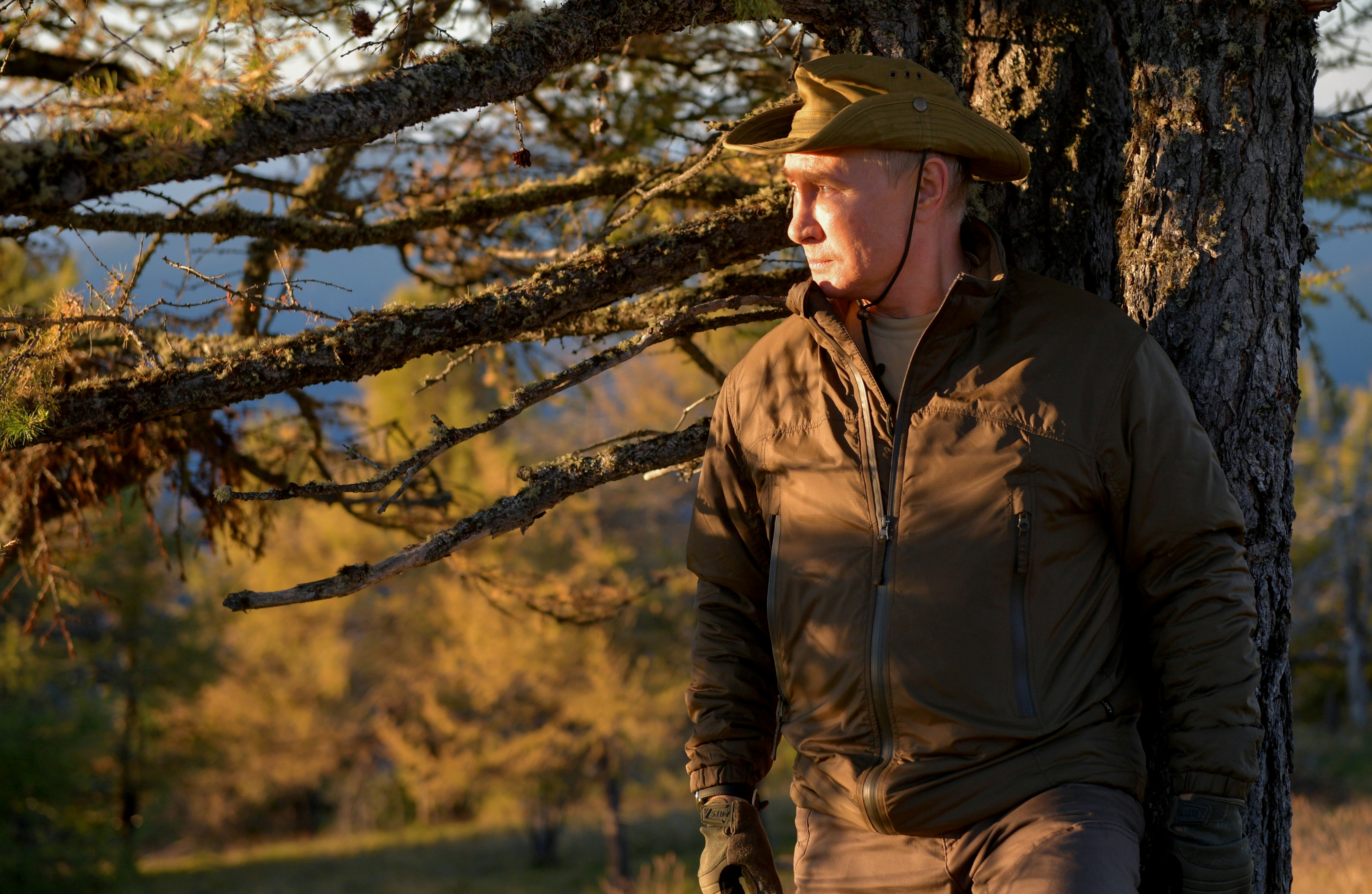 He is seen with his loyal defence minister on a 72-hour camping trip in the taiga, believed to be the Sayano-Shushensky Nature Reserve in Khakassia.

Footage shows Shoigu pointing out a bear’s den where a beast had been "sleeping".

Putin is also seen driving an off-road vehicle, steering a boat on a Siberian river, fishing pike, and walking through mountains.

The Kremlin leader also admitted he was nearly knocked over as he drove past galloping red maral deers.

He said: "Huge marals — I haven't seen anything like that.

"Good thing they didn't hit us, they nearly did. And at such a high speed."

Footage also revealed the inside of Putin’s tent with a simple camping bed.

Shoigu teased the Russian leader over a mock fireplace — but Putin said “you shouldn’t laugh” because the infrared heater, while not a proper hearth, still warmed his tent.

He was also pictured sitting beside a proper campfire — as he is accused of limiting gas supplies to Europe this winter.

Putin was also shown footage of snow leopard cubs and also a gruesome kill by a brown bear snatching an ibex kid.

His Siberia jaunt was early this month, but the first footage only appeared today in Moscow.

It follows a parliamentary election hailed as free and fair by the Kremlin, but Communists took to the streets this weekend to claim vast vote-rigging.

The footage and pictures are also released as Putin is reportedly self-isolating due to a mass outbreak of Covid-19 in his entourage. 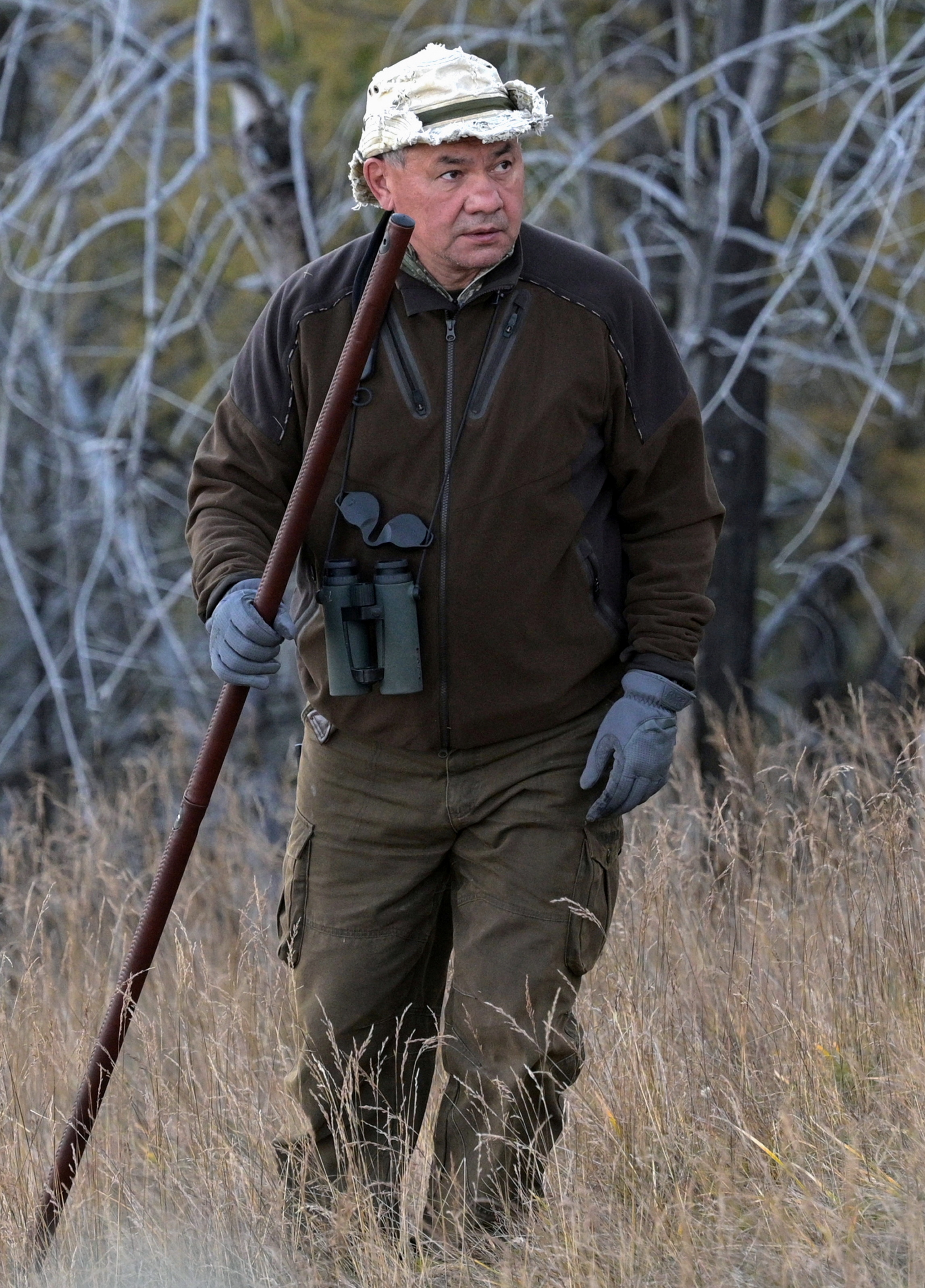 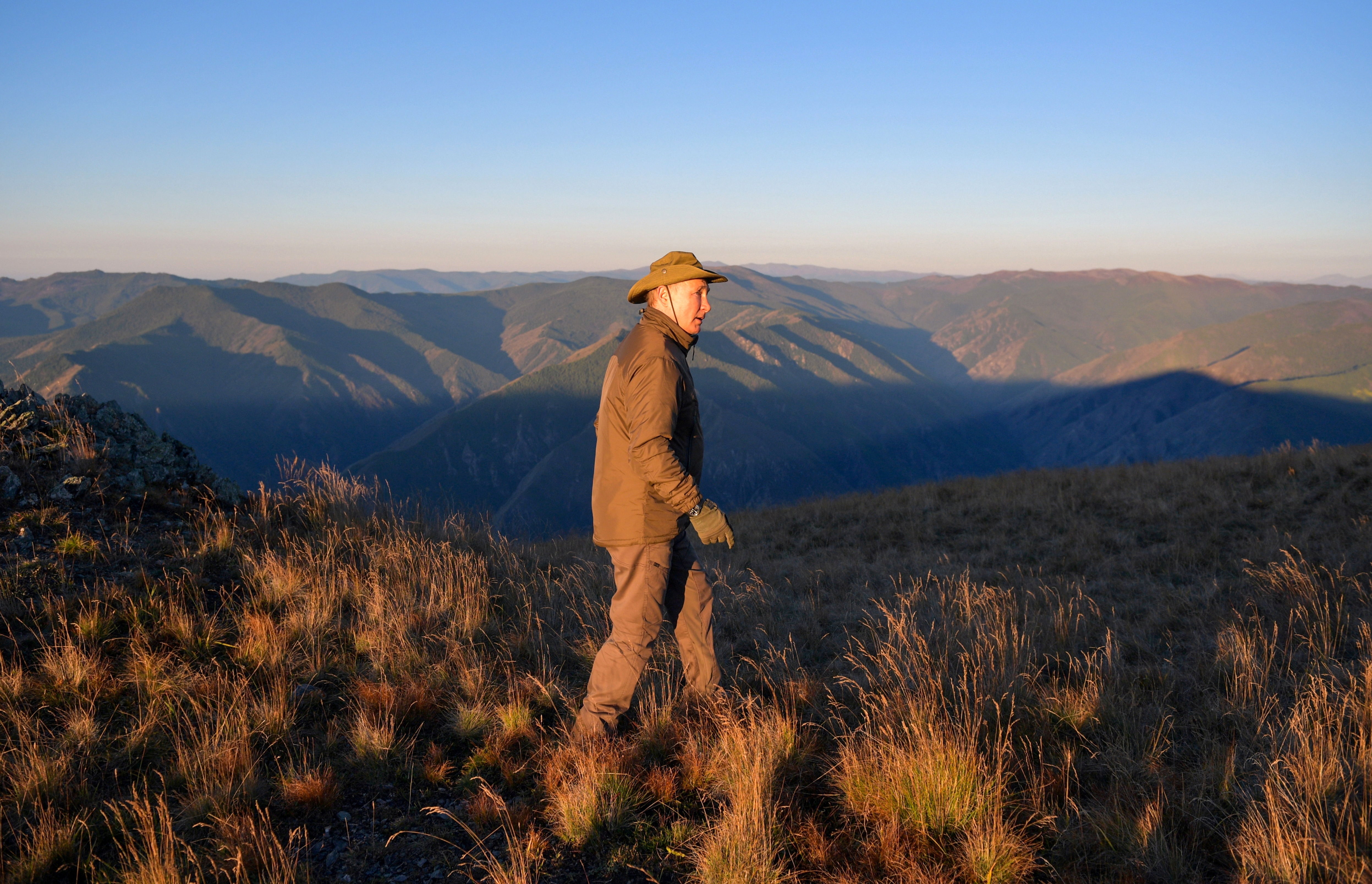 He said: "Either he has already had it done, or he will tonight."

Yet Putin was seen on TV talking by videoconference to parliamentary party leaders on Saturday.

Solovei and a Telegram channel linked to him and an unnamed disaffected former Lt-General with reported connections in the Kremlin elite have previously alleged that Putin has a major health problem that has been hidden from Russians.

Sociologist Olga Kryshtanovskaya, an observer of ruling circles in Russia claimed that a transition of power is gradually underway although the identity of Putin’s successor was not known. 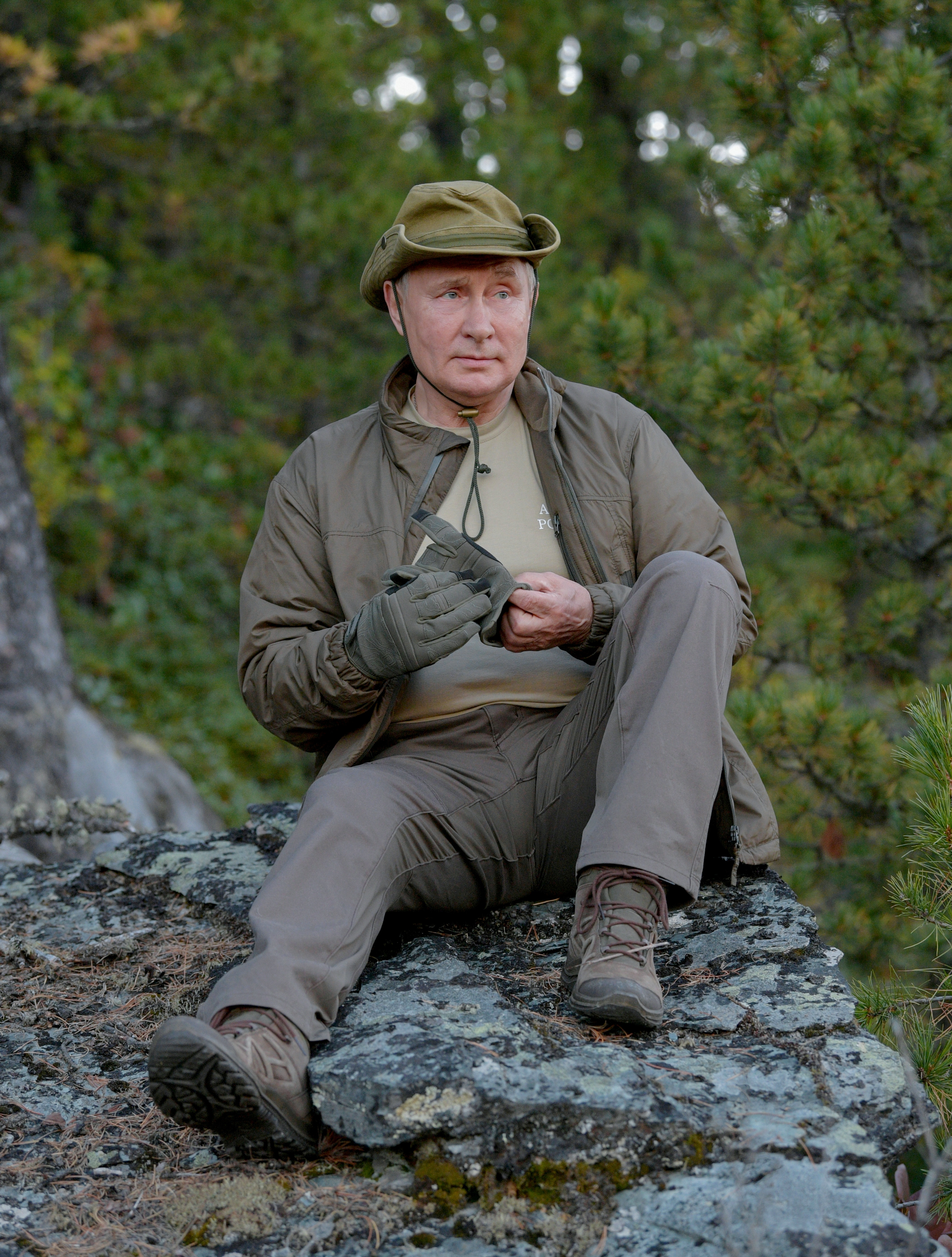