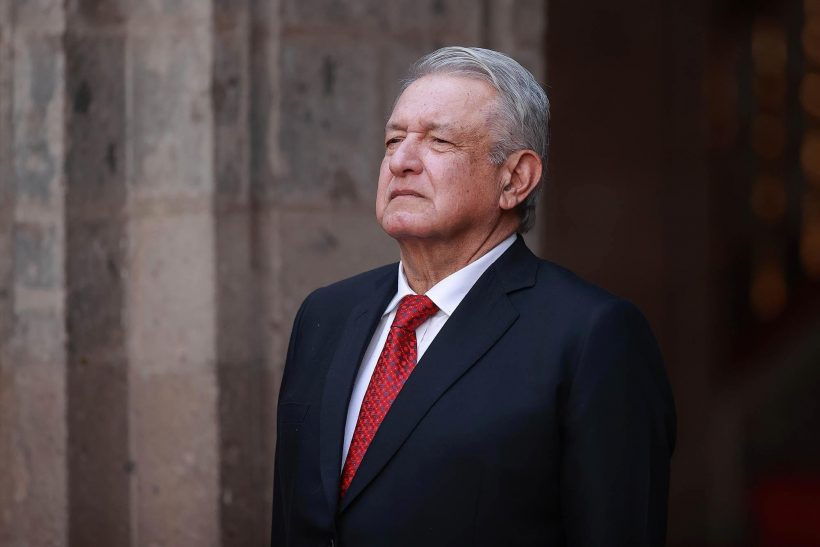 ​President Andres Manuel Lopez Obrador will discuss a plan to offer citizenship as part of a tree-planting proposal he wants the US to help finance when he meets with Vice President Kamala Harris next month, a Mexican official said.

The Mexican leader pitched the initiative, Planting Life, during President Biden’s virtual climate summit at the White House on Thursday and said it could help stem the surge of immigrants to the US border.

It involves planting 1 billion fruit and timber trees, and Lopez Obrador proposed the US grant six-month work visas that lead to citizenship to workers who participate in the program.

“The proposal is that we extend this program to southeastern Mexico and Central America, to plant 3 billion more trees and create 1.2 million jobs.”

More than 700,000 trees have already been planted in Mexico.

Mexico’s Foreign Relations Secretary Marcelo Ebrard wrote in a Saturday Twitter posting that Lopez Obrador intends to discuss the tree program with Harris at their virtual meeting on May 7 as well as the pandemic and coronavirus vaccines.

Harris’s office said the two would discuss the “common goals of prosperity, good governance and addressing the root causes of migration.”

The tree program wasn’t mentioned in the statement.

The Biden administration and Harris, who the president tapped as his deputy to oversee immigration at the border, have been slammed for failing to visit the border or hold a press conference on the crisis.

Record numbers of unaccompanied migrant children have made their way to the US since January, overwhelming federal detention facilities as the administration scrambles to open military bases and convention centers to handle the influx.

Biden upon entering the White House in January signed a series of executive orders that rolled back many of former President Donald Trump’s immigration policies, including the “Remain-in-Mexico” program that forced immigrants to wait in their home countries as their asylum claims work their way through the US courts.

The White House has defended Harris, saying her role is more diplomatic and she intends to meet with leaders of Mexico, Guatemala, Honduras and El Salvador to discuss the “root causes” of immigration.

“I have been asked to lead the issue of dealing with root causes in the Northern Triangle, similar to what the then-Vice President did many years ago,” Harris said recently, referring to Biden’s role in the Obama administration.

“But I will tell you these are issues that aren’t going to be addressed overnight.”