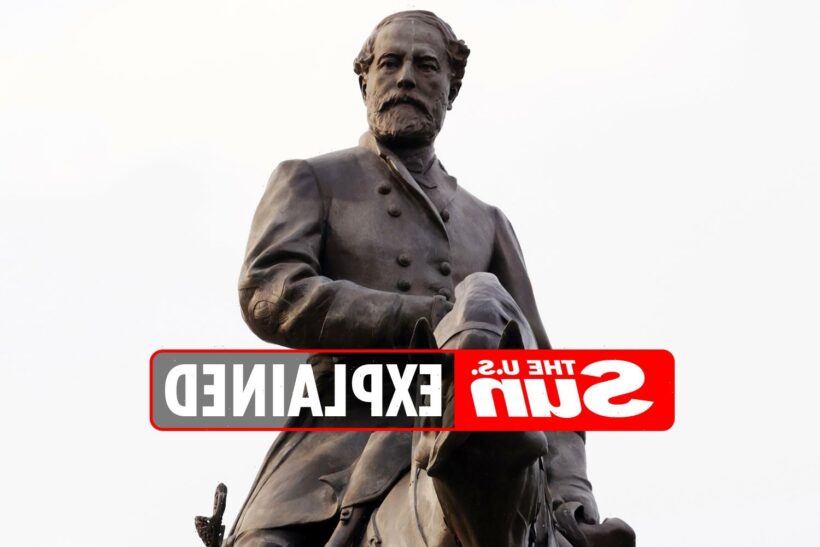 THE Robert E. Lee statue was officially removed from Virginia on September 8, 2021, following the governor's order back in June 2020 and months of protests.

Many were seen at the site of the removal, cheering “Whose streets? Our streets!” and singing “Hey, hey, hey, goodbye” as crews lifted the statue down from its vandalized pedestal. 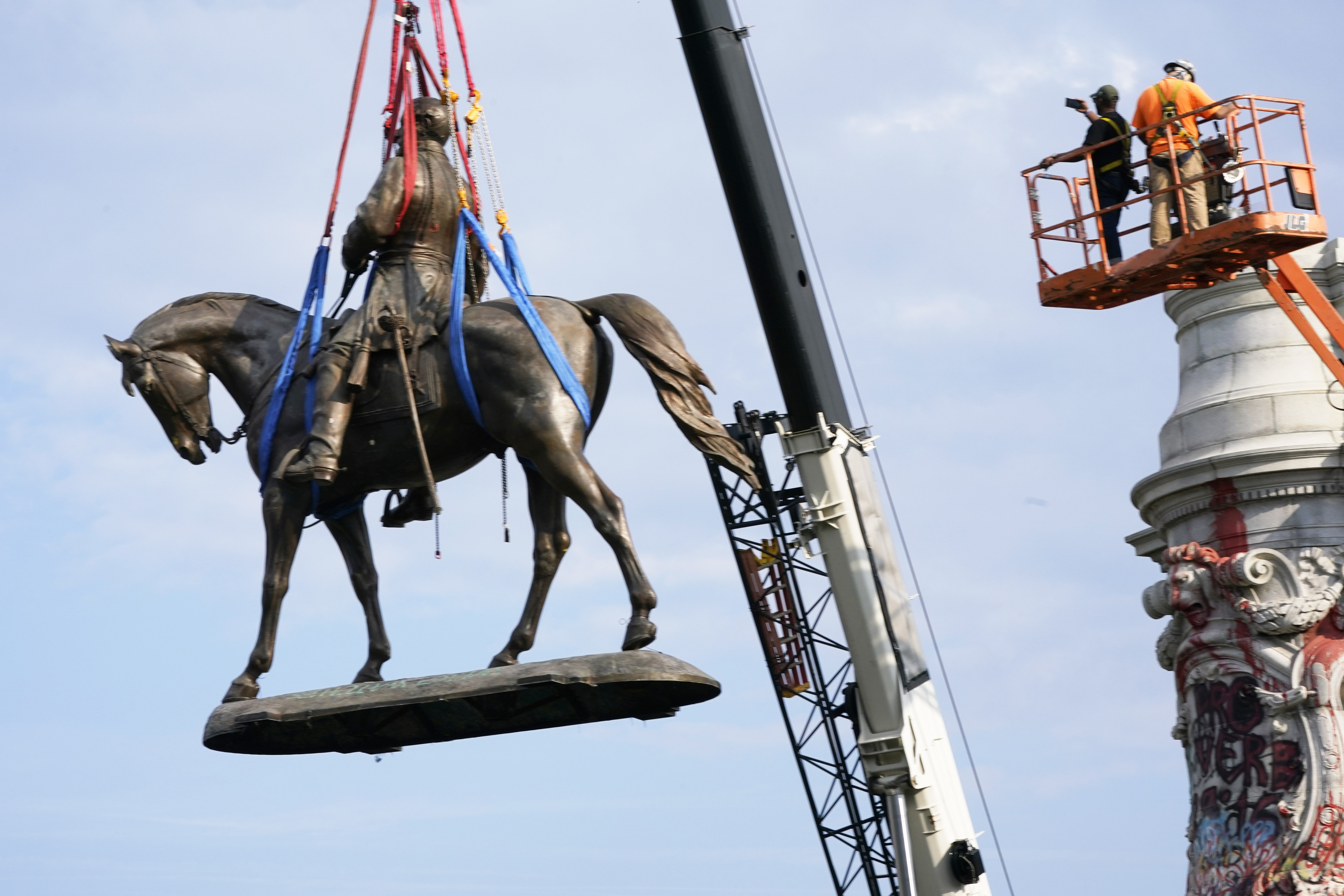 Why did people want the Robert E. Lee statue removed?

The decision to remove the statue came from a long battle that started back in 2016.

In March of that year, Charlottesville's Vice Mayor Wes Bellamy had publicly called on the city council to remove the statue and rename Lee Park.

At the time, his argument was that the statue "disrespected" parts of their community, and after speaking with several residents, they said that they refused to step foot in the park because of Lee's name.

Social rights activists have long called for the removal because Lee was linked to Confederate monuments with white supremacy, and he was known as one of the generals during the Confederate States Army during the American Civil War.

“It’s a good day, and it’s a sad day at the same time,” Sharon Jennings, an African American woman who was born and raised in Richmond, told the Associated Press.

“It doesn’t matter what color you are, if you really like history, and you understand what this street has been your whole life and you’ve grown up this way, you’re thinking, ‘Oh, my God.’ But when you get older, you understand that it does need to come down.”

Prior to the removal, a small group of residents tried to stop it by filing lawsuits but they were eventually rejected by the Supreme Court of Virginia.

The Department of General Services revealed that the future of the statue is still being determined but for now, it will be held "in secure storage at a state-owned facility until a decision is made as to its disposition."

The Lee statue adds to the list of over 160 Confederate symbols that were renamed or removed in 2020, following the death of George Floyd.

Last year, a great-great-great-nephew of Lee spoke to ABC News and revealed that he is in full support of Virginia's decision to remove it.

"I see them as idolatries," Rev. Robert Lee IV said at the time. "They have been created into idols of white supremacy and racism." 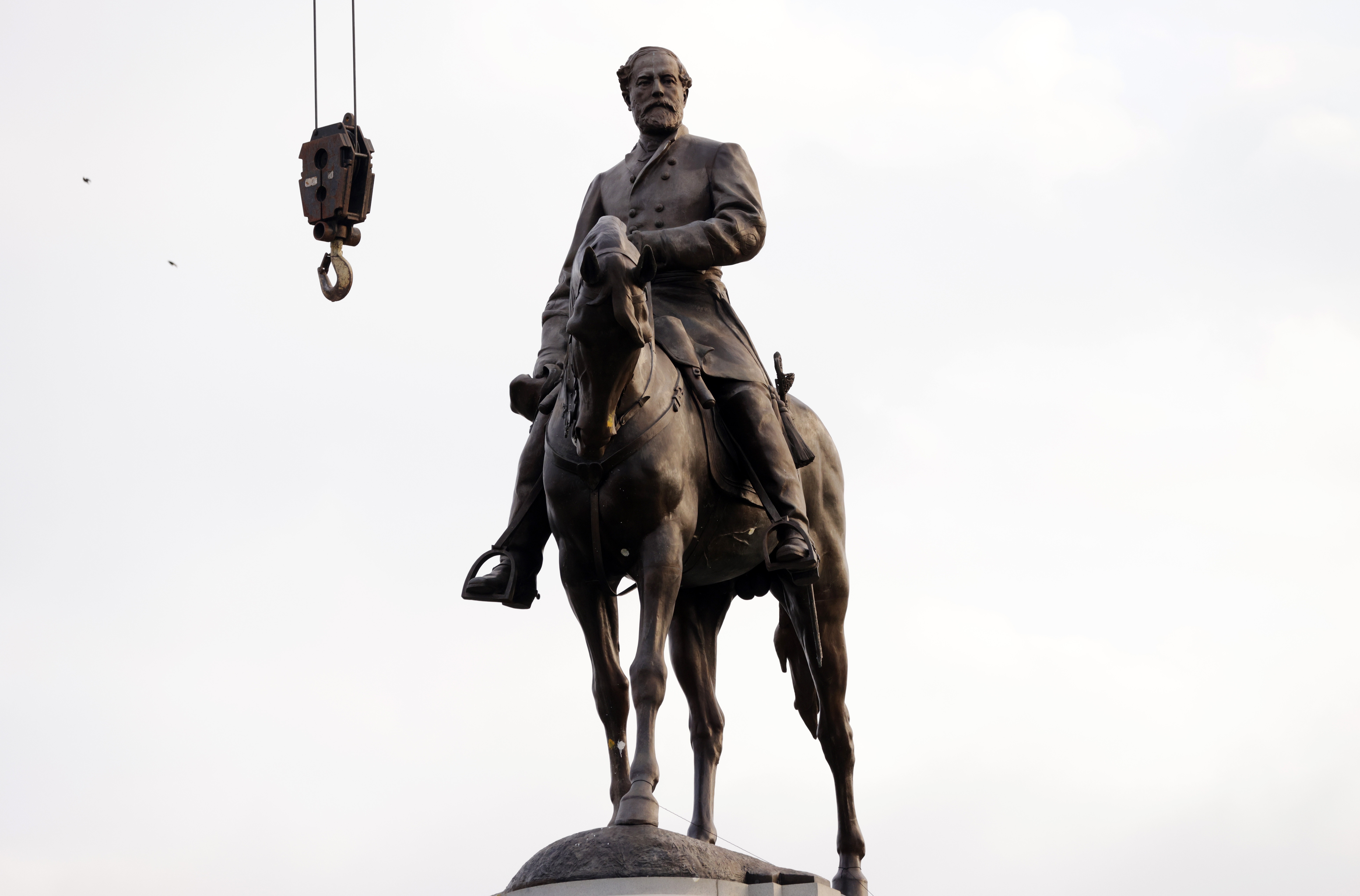 What other statues have been removed?

After the death of Floyd back in May 2020, many called for Confederate statues to be removed because of their symbolization of white supremacy.

Among those statues that were removed include:

The removal of Lee's statue adds to the growing list, however, it is unknown what other monuments might be next.