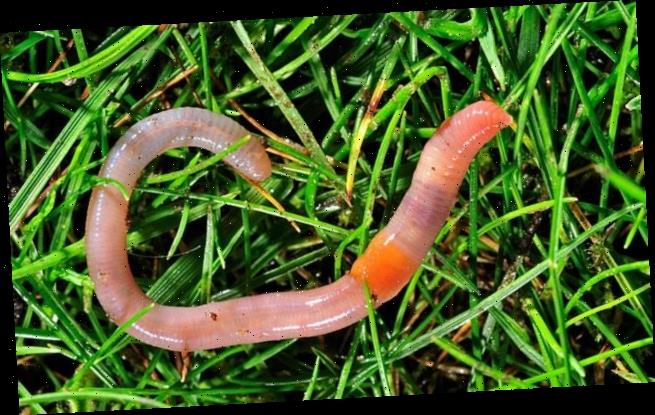 Who knew worms had such a wild sex life! They sing, love a little foreplay and indulge in threesomes. Just some of the earthy facts in a new book about the ‘gardener’s friend’

Call the corona police! There’s a wild and raunchy scene going on right now, with definitely no social distancing involved, and it’s happening right beneath our feet.

Earthworms love to party. They get together underground in wriggly herds, they barge into each other’s burrows at night in search of a good time, and they even indulge in threesomes.

Now a new book exposes the surprising and frankly saucy habits of the ‘gardener’s friend’.

Author Sally Coulthard has delved into the subterranean antics of the world’s wigglers, and what she discovered will change the way we think about them.

For instance: researchers at a Belgian university have discovered that worms use touch to influence one another’s behaviour, rubbing their bodies together to communicate. 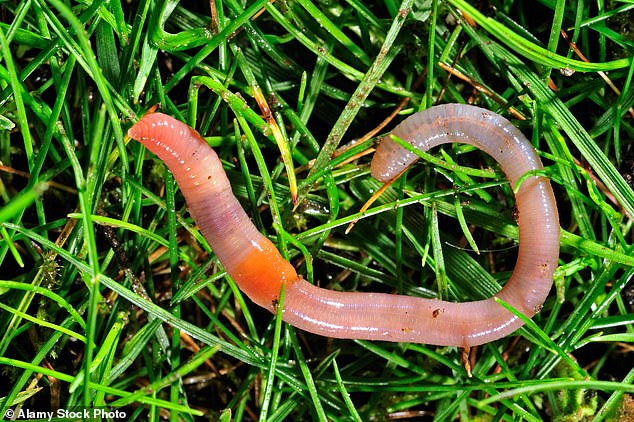 Worms sing, indulge in threesomes and love a little foreplay according to a new book exposing the surprising and frankly saucy habits of the ‘gardener’s friend’ (stock image)

When 40 earthworms were placed in a box of soil with two chambers, they did not distribute themselves evenly but instead herded together in one compartment.

This happened repeatedly, and tests showed they were not following a scent trail or using chemical signals. Everything was transmitted by touch.

Why they do it, no one knows — but that is true for a great deal of wormy behaviour. Until about 30 years ago, few serious studies had been carried out on earthworms, and scientists are still catching up.

What we do know is there are at least 3,000 species of worm worldwide, and an acre of good land in Britain can host up to 1.75 million of them.

If you’re really keen to see a whopping worm, go to the Scottish Isle of Rum, in the Inner Hebrides. On this nature reserve, common earthworms (Lumbricus terrestris) weigh an average of 12g, three times the size of their cousins across most of the rest of the UK.

How you can help the ones in your plot

Add lots of natural organic matter, such as leaf mulch, to your garden to encourage them.

Rake fallen leaves into a pile and leave them to break down into compost.

You can also add manure and coffee grounds, municipal compost, composted bark from a garden centre and even hops from breweries.

This is a good time of year to start adding it to flowerbeds.

Sprinkle it at least two inches deep, and add more every year in spring.

Start a compost heap, using a 50/50 mix of green and brown matter.

In summer, water it with the hosepipe or sprinkler in the early morning or at sunset — this stops too much of the water evaporating, but it also prevents bees and butterflies feeling the full force of the hosepipe.

Use a fork to dig your garden rather than a spade to protect earthworm burrows.

That’s partly because there are none of the earthworm’s natural predators on Rum, such as badgers, moles and hedgehogs. But it’s also because blood-sucking parasitic ticks have deterred humans from ever colonising the island. With the soil undisturbed, the worms get fat.

The largest earthworm ever found in Britain turned up in a vegetable patch. It measured nearly 16in (40cm) and weighed 20g (nearly three-quarters of an ounce). Dubbed ‘Dave the worm’, it is preserved in the Natural History Museum’s collection in London.

Sir David Attenborough recounts that, while filming in the valley, he heard loud squelching noises, made by the worms as they dragged themselves through the wet clay under the river bank.

‘As you walk through the [southern] Australian meadows,’ he says, ‘you may hear, immediately behind you, what sounds like someone flushing a lavatory.’

The longest earthworms in the world are in South Africa. One African Giant earthworm (Microchaetus rappi) was discovered on a road outside King William’s Town in 1967, and measured 22 ft — about the height of a giraffe.

Earthworms have been around more than 200 million years, when there was just one land mass on the planet, the supercontinent Pangaea. When it split apart, it took earthworms with it, which is why they are found all over the world. Europe has about 200 species, with 26 in Britain.

Earthworms, like bees, are a ‘keystone’ for the ecosystem. Without them, soil would cease to be fertile. By consuming and excreting organic matter, such as rotting vegetation, they break down the nutrients and fertilise the earth. They also aerate the soil by burrowing through it.

But intensive farming is reducing their numbers. One recent survey showed nearly half of UK farmland doesn’t contain enough earthworms, with a sixth of fields having none deep underground.

That can cause the land to become too compacted and rainwater, which is often polluted with farm chemicals, simply runs off, polluting rivers and streams.

Another risk to worms is the increase of plastic in the soil. Beads and fibres, either manufactured as microplastics or created by the breakdown of larger objects such as bottles, can enter the worm’s digestive tract and cause cellular and DNA damage.

A shortage of worms is bad news for many other species. The drastic decline in song thrushes is thought to be due to the scarity of earthworms, their chicks’ staple.

Robins, shrews and foxes also rely heavily on worms to eat. About 60 per cent of a badger’s diet is earthworms. 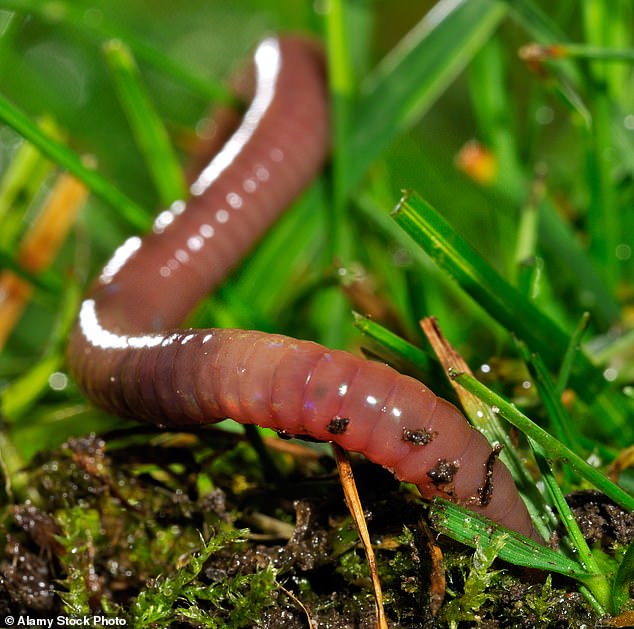 There are at least 3,000 species of worm worldwide, and an acre of good land in Britain can host up to 1.75 million of them (stock image)

It’s a fallacy to think you can create more worms by chopping them in half. It just kills them. The two halves will continue to squirm, giving rise to the folk tale that worms survive being bisected.

All the common earthworm’s major organs are above its ‘saddle’, the fleshy, light-coloured ring near the front end of its body.

While an earthworm might survive having the end of its tail cut off, chop anywhere between its saddle and its head and you’ll kill it stone dead.

Some species of earthworm, however, do have the ability to shed the tips of their tails, like lizards, if caught by predators.

Some, such as the compost earthworm (Eisenia fetida), use their tails to store insoluble waste. As the tail fills up, it turns yellow. When it’s full, the worm sheds it.

The only way to make new worms is to leave them to get on with their favourite activity: having sex.

More from Christopher Stevens for the Daily Mail…

And worms aren’t choosy — any other adult worm will do, as all have both male and female parts. They simply lie alongside each other, head to tail, so that relevant bits meet up.

It’s easier, of course, if the two worms are roughly the same length, but age isn’t an issue: once they are sexually mature (signalled by the appearance of the thicker ‘saddle’ midway along their bodies), worms continue to be fertile for much of their lives. Like humans, worms prefer to be wooed.

Courtship begins with visits to each other’s burrows that last less than a minute. When this has happened twice or more, they get down to foreplay, caressing each other — sometimes for up to an hour. And then they mate, clinging on with sharp bristles.

This happens throughout the year, and it’s not unusual for three worms to tangle together. Some species can also self-fertilise, by twisting their bodies double.

That’s not the strangest thing about worms, though. Some scientists believe they ‘sing’. No one is sure how they produce the notes, variously described as ‘rhythmical sounds of soprano pitch’, ‘popping’ and ‘exceedingly fine rasping’.

In the 1920s, German-American academic Rudolf Ruedemann suggested the worms were rubbing their bristles on their burrow entrance, to attract a mate. He described ‘a chorus of almost unbelievably small voices in the dark. We have heard the singing every year, always on warm spring evenings about and after dusk’.

Most scientists, however, remain sceptical, believing the sounds are probably produced as the worm makes its way through the soil.