"Spider-Man: No Way Home" crushed box office estimates in its debut, and holds hints for the future of moves in the COVID-19 era as theaters look to close out the year on a strong note.

Disney's (DIS) Marvel Cinematic Universe (MCU) film delivered the highest U.S. opener of the pandemic-era at $260 million, the second biggest of all time — trailing only "Avengers: Endgame," which notched $357 million in its 2019 opening.

Gitesh Pandya, editor at BoxOfficeGuru.com, credited the wild anticipation surrounding the movie, along with the fact that the MCU is "the biggest brand in Hollywood," which was enough to offset fears of the Omicron variant.

He added that exhibitors are "popping the champagne" over the news as the film also crushed estimates overseas. It became the third biggest global opener of all time with $600.8M in ticket sales through Sunday. 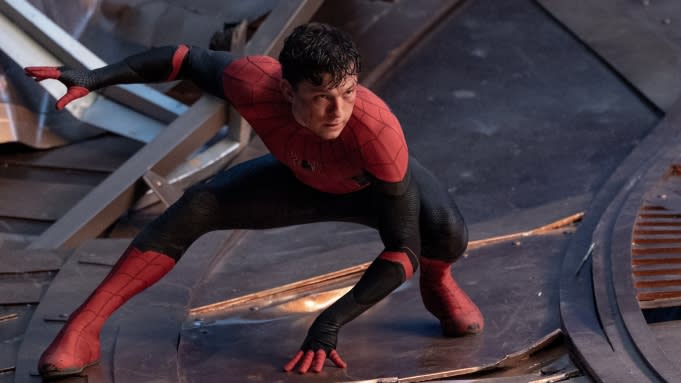 "Every corner of the planet did gangbusters on this movie over the weekend. It's working everywhere," Pandya told Yahoo Finance, surmising that the film will hit $900 million worldwide by Christmas Day with a trajectory to hit $1 billion by December 26.

"This is a monster hit…and it's all about the experience," he told Yahoo Finance, explaining why it was able to overcome COVID superspreader fears.

"People who want to see the big screen, the big sound, a large crowd clapping and cheering at the same time…that's what you get at the movie industry," he continued.

Theater stocks surged on the positive "Spider-Man" traffic. AMC (AMC), which saw shares pop as much as 23% on Friday, announced its highest December night opening ever with a record 1.1 million people attending the premiere of the film.

"This was the single highest number of people watching one movie on one day at AMC’s U.S. theaters during all of calendar years 2020 and 2021," according to a company statement.

Still, "Spider-Man's" record-breaking success comes at a price for less high-profile productions — like Steven Spielberg's "West Side Story," which had a lackluster debut.

There's "a continuation of what we've been seeing over the last couple of years — that the smaller and medium-sized movies are getting priced out a little bit. People enjoy streaming those at home," Pandya said.

Alternatively, "big spectacles" like "Spider-Man" lean into the theatrical experience as more consumers are willing to pay extra for premium viewing, he added.

Pandya described 2021 as "a roller coaster" year for the movies. He noted the industry is in a much different spot today compared to the start of the year, when theaters were still closed in all major markets.

"It's really been changing a lot, but it's content that drives the business," he explained.

"Spider-Man's" epic debut is even more impressive considering the surge in Omicron cases across the U.S., including spikes in major markets like New York City — which didn't impact traffic.

"Going forward for the rest of the Christmas holidays into January, you might see — as Omicron status changes around the country — whether that affects the attendance. I do think it might hurt the repeat business," Pandya told Yahoo Finance.

"The Matrix: Resurrection," set to debut both in theaters and on HBO Max (T) on Wednesday, should be a good test of consumer preferences. Big franchise films still seem to do well in theaters, despite a simultaneous at-home release.

However, Pandya warned that — with Omicron still raging — "The Matrix" box office numbers could slip due to HBO's dual streaming/theater release strategy. 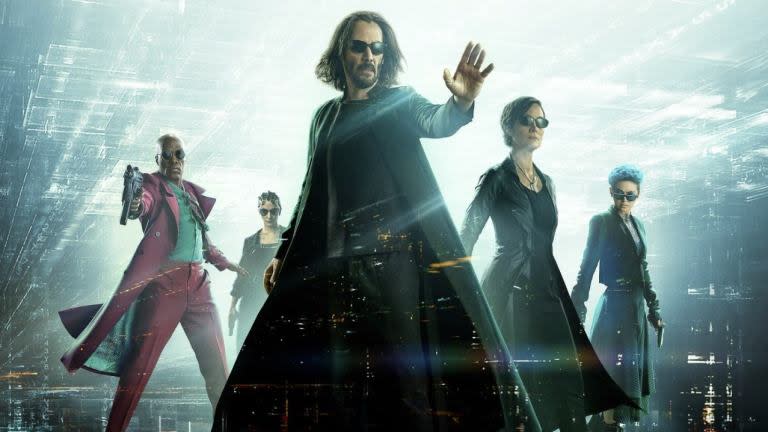 Looking ahead to 2022, Warner Bros.' hybrid release strategy will end as the studio plans to revert back to an exclusive theatrical window before films become available on streaming.

"Next year, you're going to see streaming as less of an issue, because these movies will go straight to theaters only," Pandya suggested.

"Studios do have a huge lineup of films next year — some of which have been delayed because of the pandemic — so as long as the content is there, you're going to see those ticket buyers come out and deliver some big numbers again," he added.