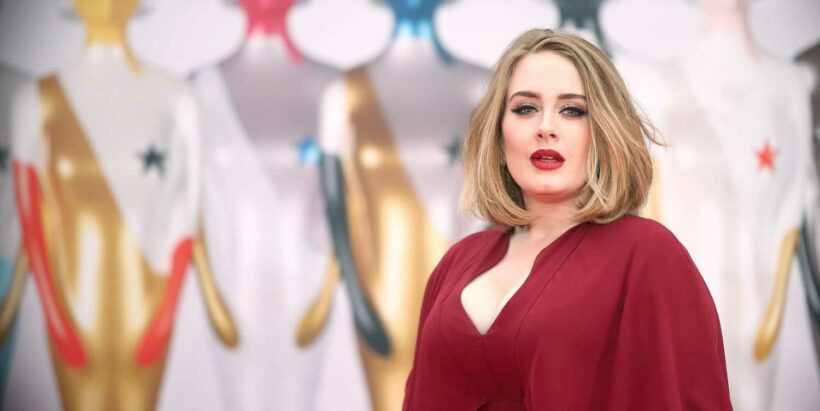 Hey, you know what’s a super-solid song to play while you check your bank account and weep? Literally anything by Adele, as our girl knows how to set le perfect mood…just as long as you don’t think about Adele’s net worth while you’re mourning your own lack of funds, ofc. Ever since she hit the scene with “Hometown Glory” back in 2008, she’s earned a reputation as one of the world’s best-selling music artists, with sales of over 120 million records to date (!!). And unsurprisingly, her bank account now reflects that massive success. Not even mad—she’s earned that coin, tbqh.

But just how rich is Adele in 2022? And more importantly, what impact did her divorce from Simon Konecki have on her bottom line? Let’s dig in.

She’s Made Millions Just From Touring

As you’re probs already aware, Adele doesn’t do endorsements. Which means that unlike other celebs who we shan’t name (cough, KIM KARDASHIAN, cough), she isn’t out here shilling for fitness teas in the name of #sponcon. Instead, Adele’s earned all her money the old-fashioned way: going on a sh*t ton of tours.

In 2017, Forbes reported that Adele was worth $69 million after what they described as “consistent touring.” So let’s take a look at her tours, k? First up, we have An Evening with Adele, which ran from 2008 to 2009 and grossed a little over $775,000…and she more than doubled those earnings with Adele Live in 2011, which made nearly $2 million. Not too shabby, but those tour earnings were a drop in the bucket compared to Adele Live 2016, which ran from 2016 to 2017 and grossed a whopping $167.7 million in ticket sales alone. One word: damn.

Thanks almost entirely to the second half of her 2016 to 2017 tour, Adele’s net worth jumped from $69 million to…wait for it…$182 million, as reported by the Sunday Times. Um! According to NME, Adele took home £42 million from the wildly successful tour, which is about $55 million for those of you who are like GTFOH with that £.

Though there won’t be a tour for Adele’s latest album, 30 (womp), she *is* performing two one-off concerts in London in July 2022…and tickets for both dates sold out in just minutes despite the hefty ticket prices. And not long after dropping her fourth studio album, Adele announced her upcoming Las Vegas residency called Weekends With Adele, which is set to make her even more moola—that is, if the residency still happens. (More on that later, promise.)

To date, Adele has released four studio albums—19, 21, 25, and 30—and to say that they’ve been well-received would be…well, a major-ass understatement. Thanks to those four stellar albums, the singer has made $31 million in total album sales and $34 million in total digital single sales. Obviously she shares these profits with her record label, etc, but you better believe she gets a sizable cut of those sales.

Physical album sales may be decreasing across the board in favor of digital downloads and streaming, but Adele’s 30 still became the first album of 2021 to cross one million album sales in the U.S. Yes, her one million sales are a far cry from the 3.6 million physical copies that her third album, 25, sold during the first week of its release back in 2015, but still. It’s impressive AF.

Her Vegas Residency Is Supposed to Make It Rain

Again, as you probs recall, news broke in late 2021 that Adele was preparing for a Las Vegas residency, which was supposed to include two shows every weekend at the Colosseum at Caesars Palace from January 21 through April 16, 2022. According to Billboard, each show was predicted to bring in $2 million or more, and she even brought in an estimated $50 million in presale tickets. Unfortch, Adele took to IG the night before Weekends With Adele was set to begin to announce the residency’s postponement.

According to the singer’s tearful post, the show just wasn’t ready for the stage, as she and her team had been “absolutely destroyed by delivery delays and Covid.” Some sources claimed the surprise cancellation was due to behind-the-scenes disputes with production, while others claimed Adele was distracted by rumored drama with her boyfriend, Rich Paul. But there’s some good news: In April 2022, several sources reported that Adele was close to finalizing a new Las Vegas residency with Zappos Theater in Planet Hollywood, set to begin this summer, so…here’s hoping that’s true!!

Plus, Don’t Forget About Her Real Estate Portfolio

Adele owns…so many homes. Like, way more homes than one human needs. Our girl has two side-by-side London townhouses (because just one would be NUTS) plus a $9.5 million secluded Beverly Hills retreat…and another Beverly Hills property just blocks away worth $10.65 million. Oh, oh, oh! And she owns a Beverly Hills mansion right next door to Nicole Richie that set her back $10 million. So if all else fails, she can literally just sell a bunch of property and still be a multimillionaire.

In January 2022, Adele proved her real estate prowess again when she snagged Sylvester Stallone’s Beverly Hills estate for what a source described to TMZ as “an outright steal.” Just what constitutes a “steal” in the luxe world of celebrity real estate? Well, Stallone apparently listed the property for $110 million in February 2021 and had eventually marked it down to $80 million by the time Adele put in her winning offer—which was for $58 million. Casual!!

How Did Her Divorce Impact Her Net Worth?

Since it was widely reported that Adele and her ex-husband, Simon Konecki, did not have a prenup, there was buzz that he could walk away with half the earnings she made during their time together. And since they were an item for almost eight years, that meant he could get as much as $180 million (yes, really). In March 2021, lawyers reached a settlement…and though a few details of the settlement were revealed, the amount awarded to Simon is still a mystery.

According to the divorce judgment obtained by TMZ, the settlement doesn’t include any spousal support, which could have potentially been a big, ongoing hit to Adele’s bank account. The settlement reportedly also states that Adele and Simon will share custody of their son, Angelo. But since no firm details about the financial side of the settlement (other than the lack of spousal support) have been made public, it’s basically impossible to calculate the real impact of the divorce on Adele’s personal net worth. But it feels fair to assume that her account balance is still thoroughly envy-inducing, regardless of the settlement’s terms.

So, What Is Adele’s Total Net Worth?

According to Celebrity Net Worth, Adele’s net worth in 2022 is a casual $220 million (up from around $185 million when they crunched the numbers in 2019). And if her Vegas residency is rescheduled as planned, then her worth is truly going to skyrocket this year. Keep rollin’ in the dough, Adele.