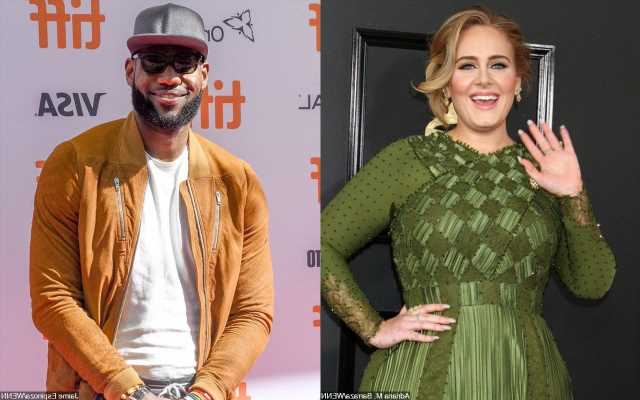 The ‘Rolling in the Deep’ hitmaker is romantically linked to sports agent Rich Paul after the duo were seen enjoying a night out during the NBA Finals in Phoenix, Arizona.

AceShowbiz –Adele has fanned romance rumours after enjoying a night out with LeBron James‘ agent during the NBA Finals in Phoenix, Arizona on Saturday (17Jul21).

Adele and Rich Paul were photographed looking very friendly, chatting and laughing courtside during Game 5 of the basketball championships between the Milwaukee Bucks and the Phoenix Suns, which was also attended by sports ace LeBron.

Paul was additionally spotted in the background of a fan photo as Adele hugged rapper Lil Wayne backstage.

The romance speculation was further fuelled after ESPN presenter Brian Windhorst referred to the Grammy-winning singer as Paul’s “girlfriend.”

“Rich Paul, (LeBron James’) agent, brings his girlfriend to the game sitting next to LeBron. His girlfriend is Adele,” Windhorst said during “The Lowe Post” podcast.

“Rich Paul is at the game with Adele. This is the first time they’ve come out in public together, so this will be all over the tabloids, especially in England tomorrow.”

Prior to the NBA Finals appearance, the “Rolling in the Deep” singer had been linked to British rapper Skepta, with whom she was recently spotted visiting a discount mall together in San Bernardino, California.

The pop star previously shot down that supposed romance by referring herself as a “(single) cat lady” in an October 2020 Instagram post.

“I’m going back to my cave now to be the (single) cat lady that I am!” she wrote after hosting U.S. comedy show “Saturday Night Live“.

She filed for divorce from businessman Simon Konecki in September, 2019 after three years of marriage. They share eight-year-old son Angelo.