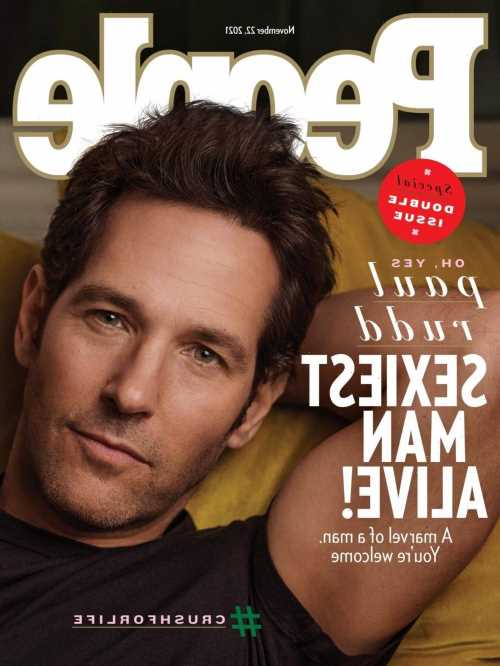 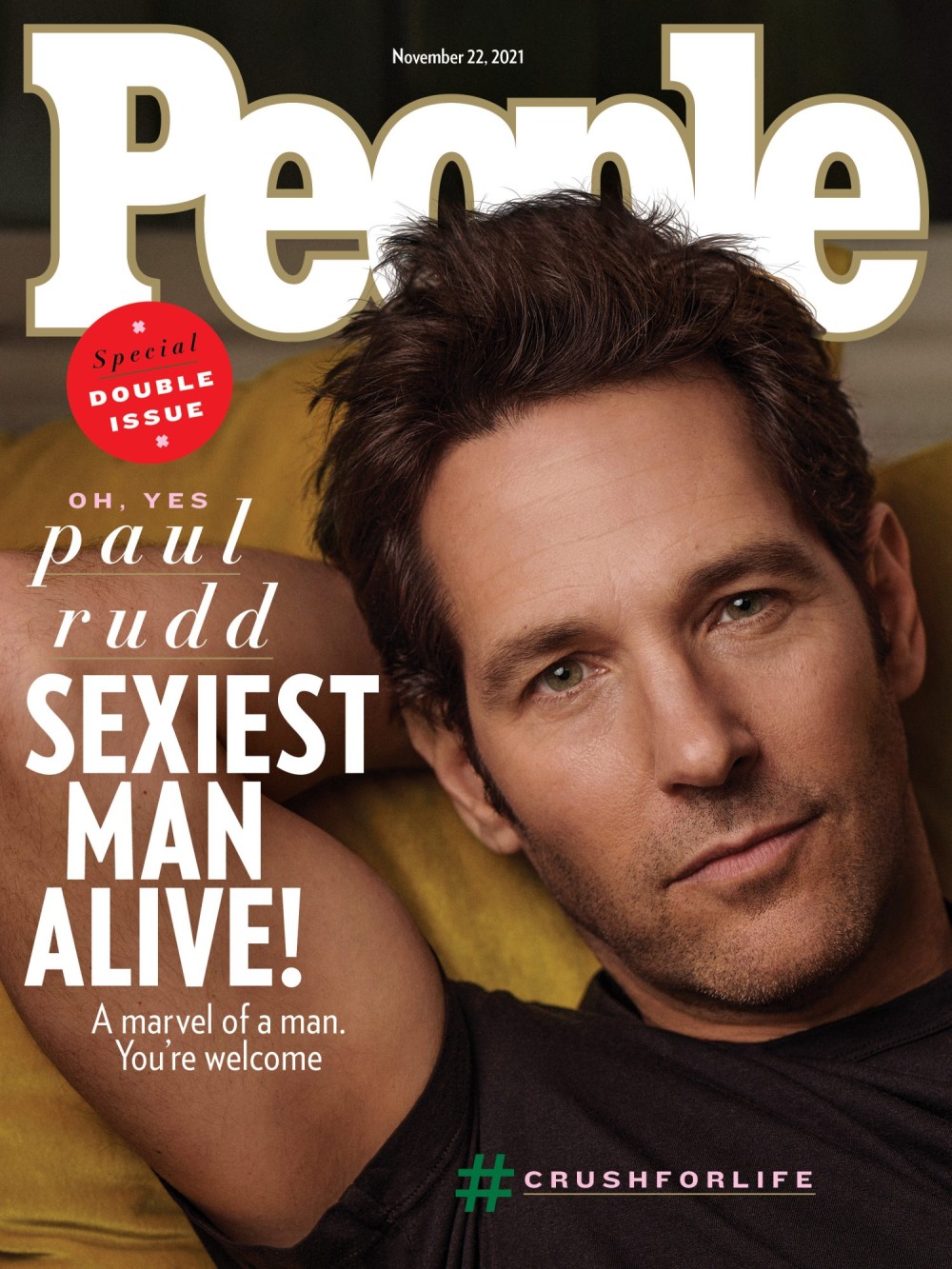 I wondered why People Magazine didn’t say anything about last week’s Page Six report, but now I get it. Page Six’s sources claimed that Chris Evans had claimed the title of People Magazine’s Sexiest Man Alive this year, and People didn’t confirm or deny it. We thought People Mag had gotten scooped, but no – they were happy to briefly placate the Evans Hive and they knew they had a big surprise in store: Paul Rudd is this year’s SMA! It makes sense from a promotional outlook: Paul Rudd is promoting Ghostbusters: Afterlife (it’s out next week) AND Rudd is an ageless vampire beloved by everyone. Rudd took the honor lightly:

He’s not sure he’s the sexiest man: “I do have an awareness, enough to know that when people hear that I’d be picked for this, they would say, ‘What?’ This is not false humility. There are so many people that should get this before me.”

His wife’s reaction: “She was stupefied. But you know she was very sweet about it. After some giggling and shock, she said ‘Oh, they got it right.’ And that was very sweet. She was probably not telling the truth, but what’s she going to say?”

How his friends will react: Rudd is also expecting his circle of friends to give him “so much grief. As they should. I would. I mean I’m going to lean into it hard. I’m going to own this. I’m not going to try to be like ‘Oh, I’m so modest.’ I’m getting business cards made. But all of my friends will destroy me and I expect them to. And that’s why they’re my friends.”

He hopes his life changes: Now that he’s officially sexy, Rudd anticipates his life changing “a lot.” “I’m hoping now that I’ll finally be invited to some of those sexy dinners with Clooney and Pitt and B Jordan,” he says. “And I figure I’ll be on a lot more yachts. I’m excited to expand my yachting life. And I’ll probably try to get better at brooding in really soft light. I like to ponder. I think this is going to help me become more inward and mysterious. And I’m looking forward to that.”

I can’t believe he has a 17-year-old son! I hope Jack Rudd knows he got those precious ageless vampire genes too, and that he’ll probably always look boyishly handsome. Seriously, Paul Rudd looks exactly the same in these photos as he did in Clueless. Congrats to him!

Rudd did a series of bits with Stephen Colbert last night too: