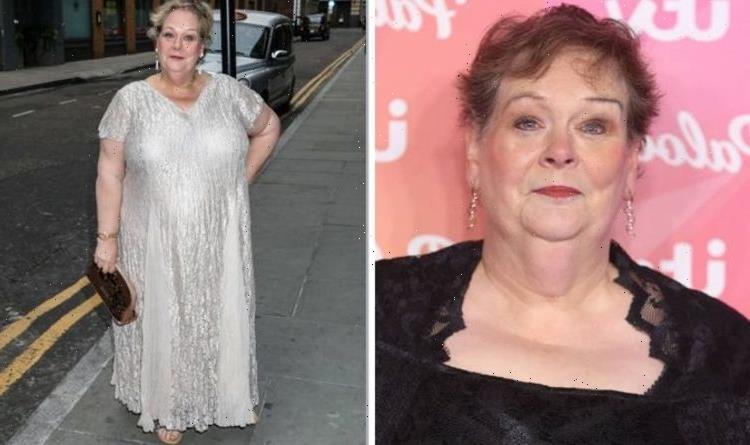 Anne Hegerty, 63, has taken to Twitter to stand up for co-star Mark Labbett after he was called out for being part of a promotional image of the show in which all the judges were white males. The chaser was quick to get on his side and defend him.

A fan was quick to respond with a comment about diversity, given every team member pictured was a white male.

The post of the crew was sent out to the pages’ 8,543 followers.

In response to a fans’ comment, Anne responded with a message about Mark Labbett.

@Nikkigibbs9 wrote: “Quite a diverse team they have there.”

To which Anne retorted, saying: “On the original UK show, Mark Labbett is the only white British man.”

The thread continued, with more comments from fans and Anne herself.

Another fan, @Jamie_Pragnell, pointed out that Bradley Walsh was a white male, as well.

He said: “And Bradley Walsh?”

Anne then responded once again, saying: “The only Chaser.

“Bradley is a man, but the person in his ear giving him instructions is usually a woman.”

The Chaser recently spoke up about her time on the 2018 series of I’m A Celebrity…Get Me Out of Here.

The Governess told express.co.uk that she “hated” the experience.

Anne was the fifth contestant eliminated from the show, lasting 18 days in the jungle.

Speaking about when she was asked to do the show, she said: “When they take you out for lunch and try to persuade you to sign the contract, they make it sound like a crystal maze with a bit of extra fresh air.

“I understood that it was miles from anywhere and it really was camping in the open, and there were real spiders and worms and everything.

“I understood that but I hadn’t quite imagined all of that to myself.”

Anne added that even though she had watched the show before, it was not the same in reality.

She continued: “Well I hated it. It didn’t suit me.

“Everybody else there was tougher and more stoical than I was and I massively admired and respected them and sort of wished I could be more like that.

“I tried to be more like that, but at the beginning I was feeling extremely wobbly and like I had made a huge mistake.”