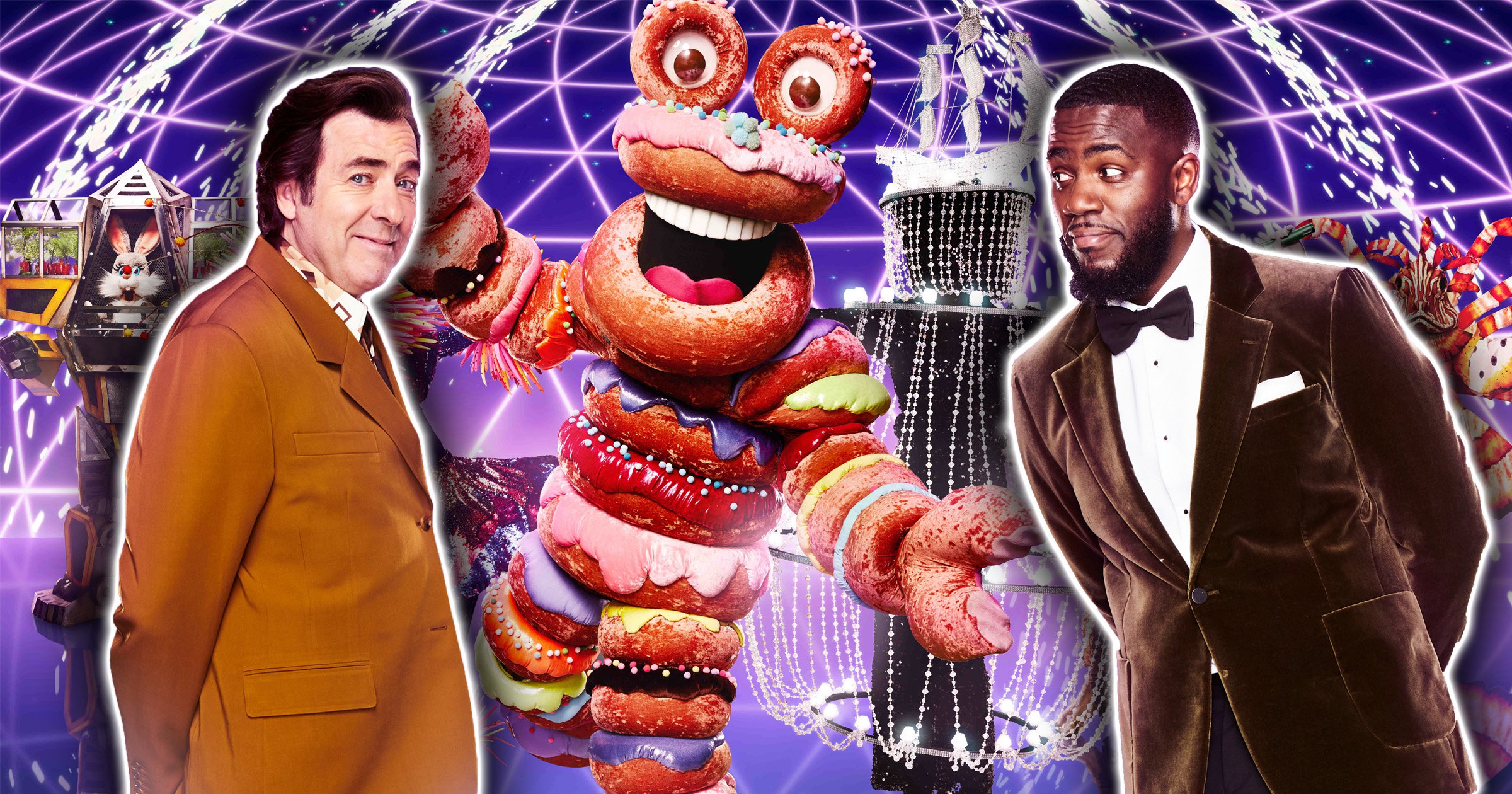 The Masked Singer UK judges Jonathan Ross and Mo Gilligan have dropped some hints about the celebrities in the cast of season 3 in 2022, revealing that a few are ‘global superstars’.

The new year is set to kick off in spectacular fashion with the return of the bonkers ITV competition, which will see characters including Robobunny, Bagpipes and Traffic Cone belt their hearts out on stage.

With Girls Aloud singer Nicola Roberts winning the first season and singer Joss Stone taking the crown in 2021, excitement is rife to discover who will be victorious this time around.

Ahead of the launch on New Year’s Day, Metro.co.uk caught up with Jonathan and Mo, who shed some light on what viewers can expect from the line-up of unknown famous faces.

After Mo remarked that the level of talent is ‘always upped’ on The Masked Singer year after year, in terms of the performances and production, Jonathan praised the ‘quality of people’ who signed up.

‘That doesn’t mean we guess them, because sometimes we go down the wrong track completely. There have also been some great fun bookings as well, people you wouldn’t expect to see under those masks.’

Jonathan turned to Mo, stating that one of the contestants on the new series ‘was one of your dream performers’.

‘Yeah it was actually,’ the comedian responded.

‘There was one of the contestants that’s on the show and I was like, “Oh my gosh!” Because I think what sometimes you forget is, when you do this show, you’re also meeting people you might’ve – for me, anyway – that I’ve grown up watching and a lot of people even on the panel, they’re like, “Oh my god, that’s my friend!”’

Mo added that he finds it ‘quite cool’ that on the programme, ‘you get to meet some of your idols or people you’ve watched in stuff or you listened to their music or you’ve seen them in something’, describing the aforementioned individual in this year’s cast as ‘one of my favourites’.

Considering the celebrities behind the masks could be absolutely anyone around the world, Jonathan admitted that he would love to see Bryan Ferry take to the stage one day.

‘I’d like Bryan Ferry to do it, I’m putting out the call for Bryan,’ he said about the accomplished singer and songwriter.

The Masked Singer returns on January 1 at 7pm on ITV.

The Masked Singer series 2: Who is behind each mask?

With the nation more or less confined to their living rooms every Saturday night, The Masked Singer has proven to be something of a lockdown 3.0 saviour.

While the performances are of course a draw, most of the fun lies in guessing just who is behind each mask.

Here is who was behind each mask: