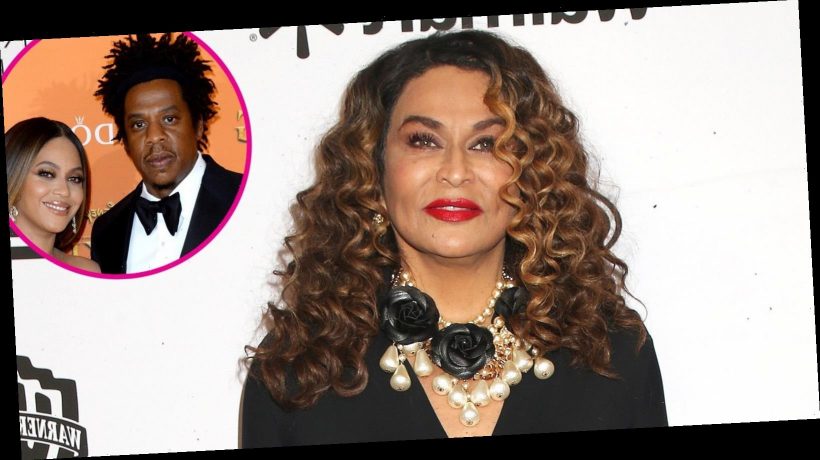 Beyoncé‘s mother, 67, gushed over the “Empire State of Mind” rapper, 51, in a “love letter” posted via Instagram on Monday, February 22. The Texas native said that she was inspired to pay tribute to Jay-Z (born Shawn Carter) after his record label, Roc Nation, helped curate the entertainment for Super Bowl LV.

“Everyone was psyched about it! Each person that performed Jazmine Sullivan, H.E.R. and The Weekend all slaying their performances and making Black Excellence shine and us all proud,” Knowles-Lawson wrote. “I could not help but remember when J took on being in charge of the Entertainment at the Super Bowl, and saying that things would never change unless we had someone on the inside that could make decisions. Someone at the top.”

Though he was called “a sellout” and received “big time” criticism, Knowles-Lawson was impressed by the way the New York native “kept it moving” and stuck to his mission.

“One thing that I’ve noticed about Jay is that he doesn’t let what people say bully him into not doing the things that he knows are right,” she continued.

Beyonce and Jay-Z’s Relationship Timeline Through the Years

Along with Roc Nation, the “Holy Grail” artist runs music streaming platform Tidal and has owned Armand de Brignac since 2014. On Monday, the Grammy winner closed a deal with LVMH’s Moët Hennessy, selling half of the champagne brand for an undisclosed sum.

“Jay I salute you and your Latest venture … You are a bad ass brother and I hope that you continue to pave the way for others like you have in the past!!” Jay-Z’s mother-in-law concluded in her sweet tribute. “And I have seen such extreme kindness and generosity so many times that people don’t even know anything about! You are a true man who has admitted publicly when you’ve made mistakes in a very brave and classy way! You have in turn influenced the Culture of Young Black Men. You are a Bad Ass brother. I love you so much!! ❤️.”

The “4:44” rapper married the “Formation” artist, 39, in April 2008. In January 2012, they welcomed their first child together, daughter Blue Ivy. Five years later, fraternal twins Rumi and Sir were born.

Celeb CEOs: Stars Who Run Their Own Businesses

While speaking with Us Weekly exclusively in February 2020, the former hairstylist noted that she wanted to leave behind “a lasting legacy” for her daughters, Beyoncé and Solange Knowles, and her grandchildren.

“Well, what I want to be remembered by is that I made a difference in life. Nothing else matters as much as that,” Knowles-Lawson said at the time.