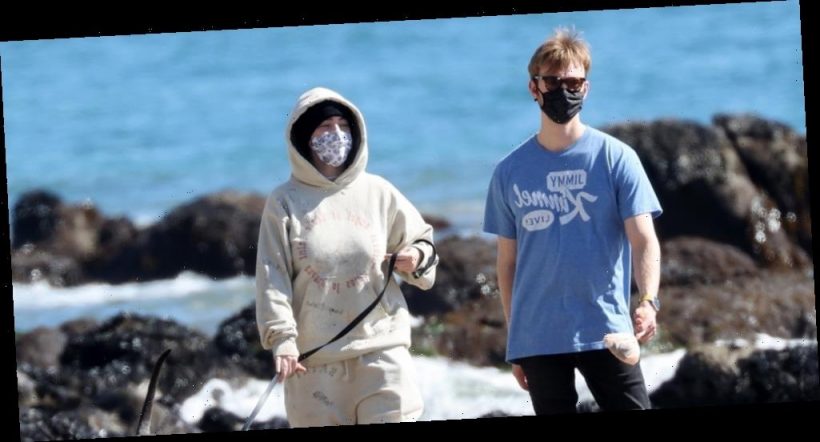 Billie Eilish talks with brother Finneas O’Connell during a visit to the beach Tuesday (February 23) in Los Angeles.

The 19-year-old musician wore a cream colored hoodie and sweat pants during their outing, where they were joined by his girlfriend, Claudia Sulewski.

Billie was spotted holding onto her dogs’s leash, while wearing a black beanie and a face mask for the afternoon outing.

PHOTOS: Check out the latest pics of Billie Eilish

Billie‘s beanie could be an indication that she’s already changed her hair color, which she hinted at in December.

The doc “tells the true coming-of-age story of the singer-songwriter and her rise to global superstardom. From award-winning filmmaker R.J. Cutler, the documentary offers a deeply intimate look at this extraordinary teenager’s journey, at just 17 years old, navigating life on the road, on stage, and at home with her family, while writing, recording and releasing her debut album When We All Fall Asleep, Where Do We Go?”

35+ pics inside of Billie Eilish at the beach…