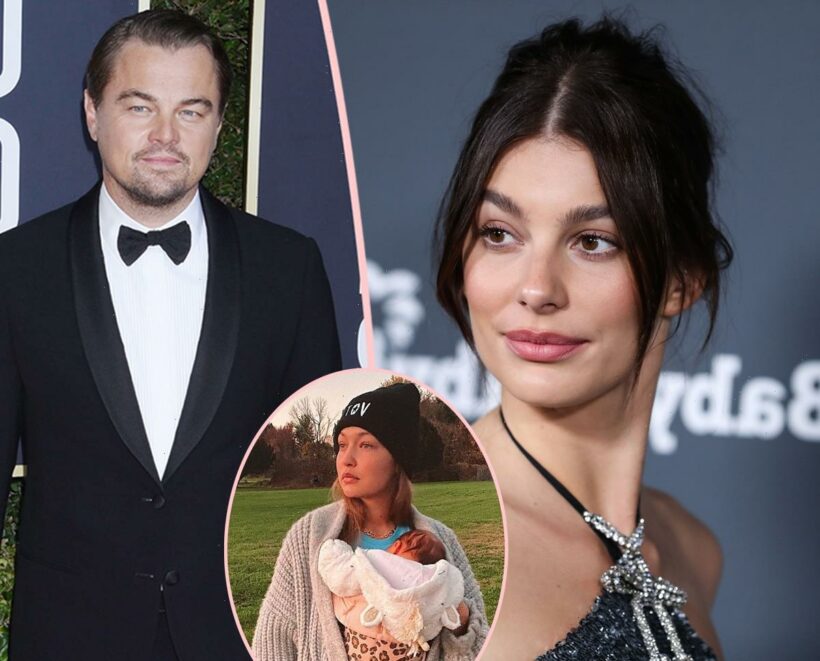 Is this the real reason why Leonardo DiCaprio has suddenly pursued Gigi Hadid?!

As you know, news broke last month that the he and Camila Morrone ended their relationship after more than four years of dating. The internet soon made the 47-year-old actor the butt of jokes as it fit into the pattern. In other words, folks believed the only reason for the split was since Camila had recently turned the ripe old age of 25 — the dreaded age at which he tends to call it quits with a woman!

A source even initially told The Sun that their relationship had reached its “natural conclusion” then, seemingly alluding to the fact that the model had aged out. But it sounds like the reason for their split was that she and the Titanic star were not on the same page when it came to taking their relationship to the next level! Hmm…

According to a source spilling to The Sun on Tuesday, Leo was thinking about starting a family with Camila before their split!

However, once Camila caught wind of this decision, an insider close to her family said she was the one who broke up with him since she wanted to focus on her acting career and just wasn’t ready for kids yet. The source explained:

“It was Camila who broke it off with Leo because he wanted her to be home having babies and she wants to have a career. He has got to that point in his life where he wants to have a family. But Camila has been working towards her dreams since she was 16, when she was in James Franco’s movie Bukowski.”

Nothing wrong with focusing on your career instead! (And if she was in a James Franco movie, she’s definitely worked too hard to give up now!)

Despite Leo being one of the most notable actors in Hollywood, the insider further noted that Camila always felt like the Oscar winner never helped her with her own career, saying:

“Leo didn’t do anything for her career, she’s more upset about that than anything else. Everything that she did was on her own, even though she’s been with him for four years. He could have introduced her to a bunch of people and put her in his movies. Her and her mother want to make it big in Hollywood. That’s always been her mother’s focus.”

And while the Don’t Look Up star wanted her to have children and remain home, the confidant claimed he still wasn’t willing to commit all the way and put a ring on her finger!

“Leo wanted her to have babies and stay home but if you want somebody to do that you’ve got to make a commitment. What commitment is he making? He didn’t introduce her to anyone because he doesn’t want her to be famous and have a career, obviously. Leo wants to have a family but still play around. A man who really wants to be committed would put a ring on it.”

So this might explain why Leo moved on with Gigi so soon afterward — since she’s already a mom! She shares daughter Khai with ex-boyfriend Zayn Malik, meaning she’s definitely at that stage in life, right?

This is certainly an inneresting development, though, as sources have claimed that while the pair are dating and the “real deal,” they are “taking it slow” at the moment. But we guess Leo is hoping things will eventually become serious so he can have the family he reportedly wants? Hmm…

What do YOU think, Perezcious readers? Sound OFF in the comments below.