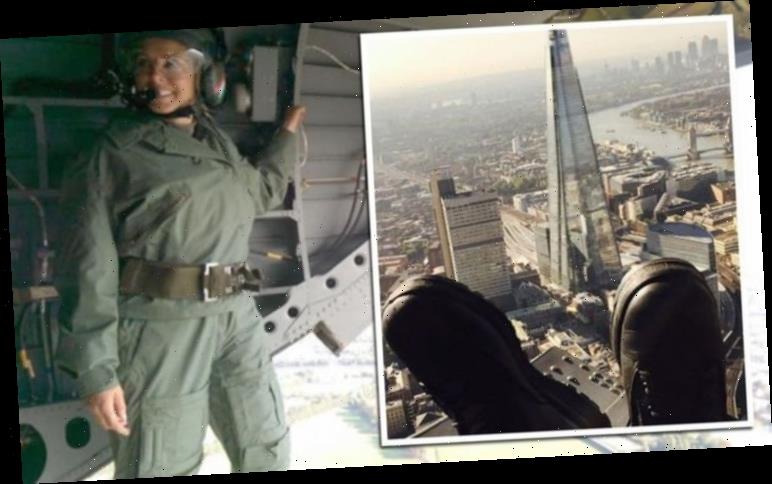 Countdown legend Carol Vorderman saw a Chinook helicopter flyby when she was out on a walk yesterday and it reminded her of one of her “very best days”. The TV and radio star is one of the lucky people who’ve had the opportunity to fly in the Royal Air Force helicopter, which is nicknamed the wokka wokka.

The aircraft received the moniker because of the sound its twin rotors make.

Recalling the day out, Carol took to social media earlier today to share some pictures and footage of her outing.

The 60-year-old could be seen sitting on the floor of the aircraft with her legs hanging over the edge.

The flight took her over the skies of London on a beautiful clear day. 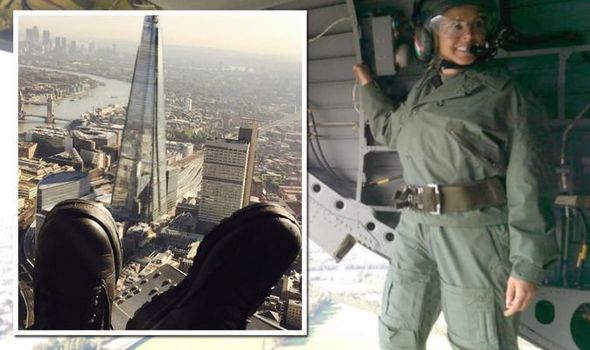 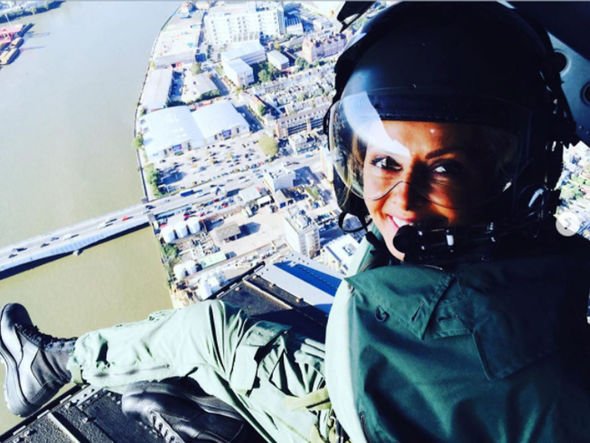 The self-confessed aviation geek spoke about the experience on Instagram.

“So I saw a WOKKA WOKKA #Chinook helicopter when I was out walking yesterday (vid posted here), which reminded me of one of my flying adventures hanging out on the ramp of a Chinook flying the heli lanes of London…

“One of the very best days #Lucky #aviationgeek #flyer,” she captioned the post, which she shared with her 82,700 followers.

The accompanying pictures and footage showed the presenter in a military jumpsuit, complete with helmet and visor. 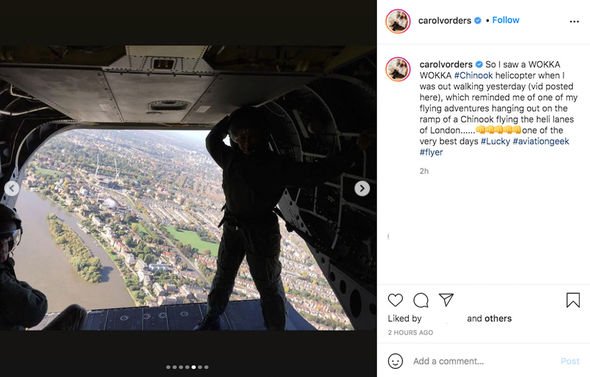 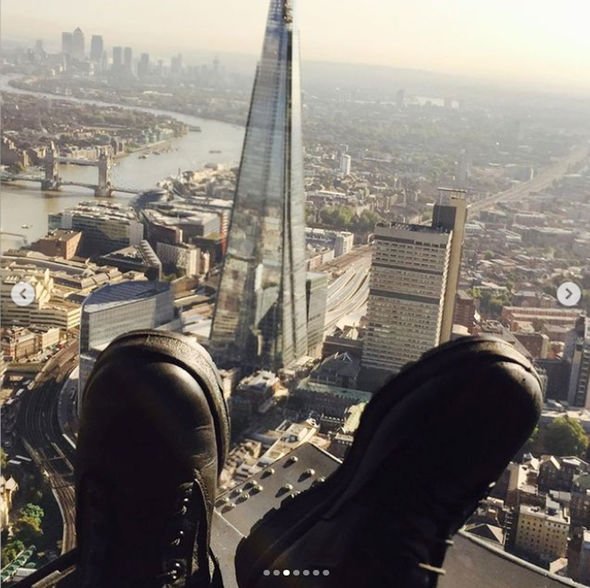 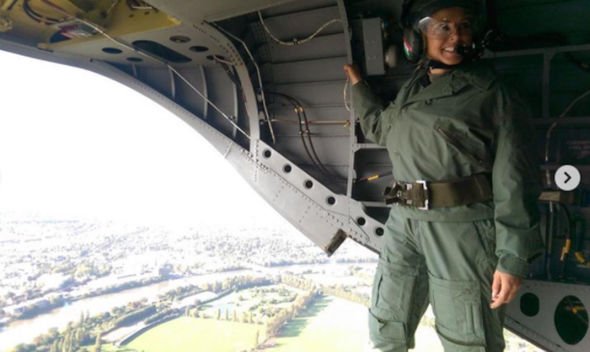 “Lucky you,” one follower wrote in the comments section of the post.

“So lucky to experience that Carol,” another added in agreement.

“How do you even manage to make a military jumps look amazing Vorders? Ultimate woman,”(sic) a fourth fan added.

In one of the pictures, Carol could be seen standing on the ramp with a beautiful view of the capital city behind her.

A wide grin lit up her face.

Another captured her feet, which were clad in sturdy boots, in front of The Shard with Tower Bridge in the background.

Video footage saw the special moment and showed the jaw-dropping view of the River Thames below her feet.

Carol, who starred in Countdown from 1982 to 2008, is an ambassador for the Royal Air Force Air Cadets.

She has held the position since 2014 and assumes the rank of Honorary Group Captain RAFAC.

In the same year the mum-of-two earned a private pilots licence.

Marking the 80th anniversary of the Royal Air Force Cadets online earlier this month, she said: “It continues to be my privilege to wear our uniform, to be of service and to spend so much happy time with you.”