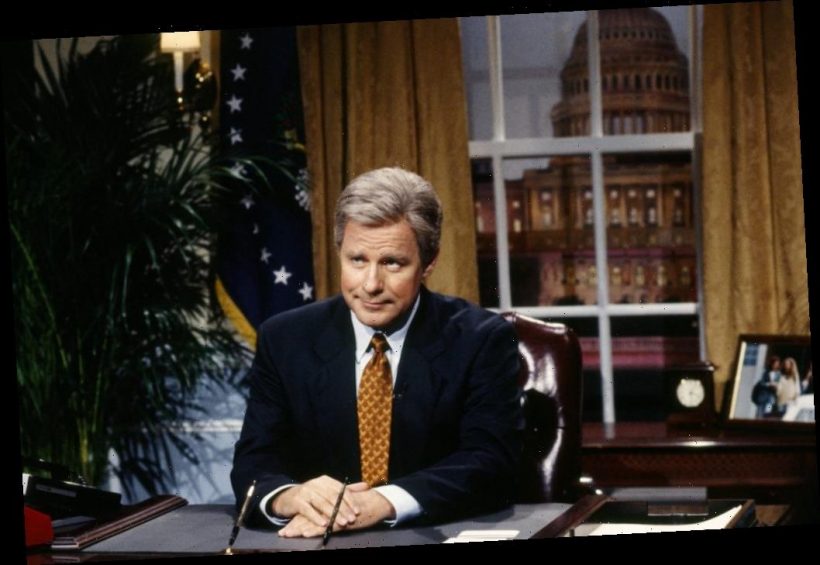 There have been many talented and hilarious stars that have appeared on Saturday Night Live over the years. In fact, the iconic sketch comedy series is often thought of as a breeding ground for exciting new talent.

One of the biggest stars to have emerged from Saturday Night Live was Phil Hartman, the versatile performer who appeared in many of SNL’s most popular sketches in the ’90s. After Hartman achieved fame on the late-night series, he went on to guest star in a wide variety of other television shows, including 3rd Rock from the Sun, an outrageous comedy series that earned Hartman a whole new audience of fans.

Sadly, his time on the series was cut short, leaving showrunners to scramble to fill the void Hartman left.

How did Phil Hartman become famous?

Hartman was born in Bradford, Ontario, in 1948. Raised in a working-class family, Hartman and his parents moved to the United States when he was only 10 years old.

While in high school, Hartman earned a reputation as the class clown. He went on to study graphic arts in college, designing logos and album covers for many rock bands, including Crosby, Stills & Nash.

By the time Hartman was in his late 20s, he had developed the itch to do something more with his life and began attending comedy classes. In the late ’70s, he joined the cast of the famed comedy troupe The Groundlings, becoming good friends with the comedian Paul Reubens.

Hartman would go on to become a regular contributor to Reubens’ show The Pee-wee Herman Show.

Phil Hartman was one of television’s biggest stars

After a few years of working on The Pee-wee Herman Show and acting in various voiceover roles, Hartman officially got his big break when he joined the cast of Saturday Night Live in 1986. Over the years that followed, Hartman would become one of the show’s true fan-favorite performers, earning particular renown for his celebrity impressions.

Hartman appeared on Saturday Night Live through 1994, when he left the series in order to pursue other opportunities. He quickly landed a series of other television roles, including the hit sitcom NewsRadio.

Another one of Hartman’s roles in the years following his exit from Saturday Night Live was on the show 3rd Rock from the Sun. Sadly, he didn’t get to fulfill the character arc that he initially established.

Why was Phil Hartman’s character in ‘3rd Rock from the Sun’ recast in the middle of the series?

In 1998, Hartman was starring in a guest role in the series 3rd Rock from the Sun, playing a villain who kidnaps Harry Solomon, with plans to use him as a carnival freak act. Tragically, Hartman was killed in May of that year, in a brutal murder-suicide that rocked Hollywood and made headlines all over the world.

Hartman’s death left showrunners on 3rd Rock from the Sun to scramble to try to figure out what to do with the character that Hartman established.

According to a Mental Floss report, Hartman’s death occurred only eight days after the season three finale of the series aired. Prior to the premiere of the fourth season, that same episode aired — but with a different actor in Hartman’s role.

Showrunners had decided to reshoot all of Hartman’s scenes with a replacement actor so that the transition wouldn’t seem so intense, or be disrespectful to Hartman in any way.