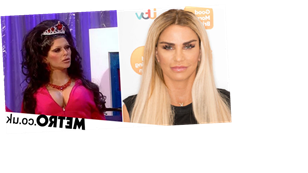 Katie Price is living for Bimini Bon-Boulash’s impersonation of her on last night’s Snatch Game on RuPaul’s Drag Race UK.

Bimini stole the show during the challenge, which tests the contestants’ skills at celebrity impressions and improvisational comedy, and had Michelle Visage, guest Gemma Collins – and the audience – in stitches.

During one segment of the game, the drag queen mimicked Katie’s This Morning interview where she talked about her mum’s illness, being held up at gunpoint and her horse being killed.

‘As you know Ru, you might have heard in the press I’ve had a hectic year,’ Bimini said. ‘My implants got held at gunpoint in South Africa.

‘I walked in the stables and caught my horse cheating on me again so I didn’t have any time to write anything.’

Ever the good sport, Katie is said to have found the skit ‘very funny’ and has thrown support behind the series two contestant. 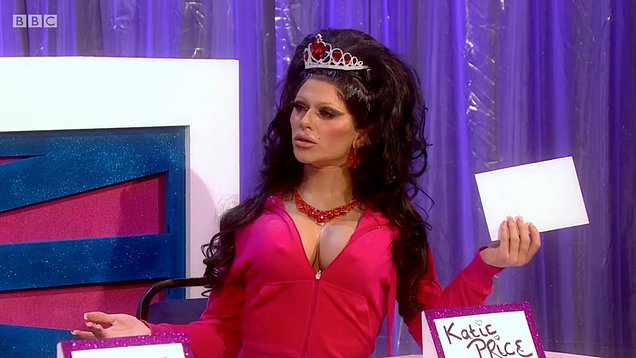 A source exclusively told Metro.co.uk: ‘Katie is delighted to be an inspiration to Bimini’s impersonation of her and wishes her all the best.’

Bimini’s Katie Price should go down in the history books as one of the BEST Snatch Game impersonations we’ve ever had!’ wrote one.

Last night’s Drag Race saw Tia Kofi sashay away after failing to impress the judges with her Mel B impersonation.

Tia was up against three-time winner Lawrence Chaney in the lip-sync syncing to Touch Me by Cathy Dennis, but was sent home packing.

Speaking after her elimination, Tia said: ‘It was actually alright [to leave] to be honest! While you’re there, you think the worst thing you could hear is “sashay away”, so when you do eventually hear it there is almost a sense of relief!

‘I’m still ok! I’m still me! Gutted that I couldn’t make it all the way to the end, but so proud of what I did while I was there!’